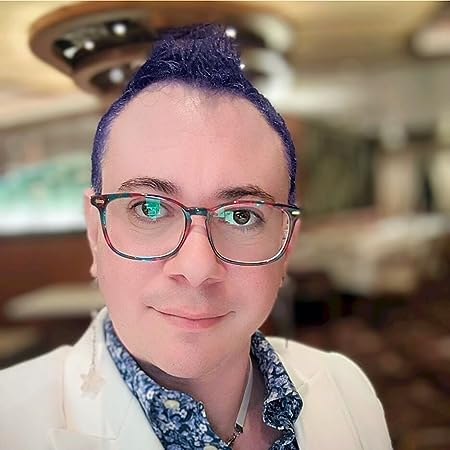 Gaius (they/them) is a queer, trans*, non-binary, and disabled storyteller living in the desert southwest of the US. Many of their works are cross-genre, most often scifi and fantasy but also romance and adventure. They choose to create stories that blur the distinctions between things, for example science and magic, sanity and insanity, or humor and drama. Gaius has a diverse background, starting with 10 years of training in film and television, after which they returned to college for another 10 years, this time to get a Bachelor's degree in Chemistry and Biology and a PhD in Cancer Biology. 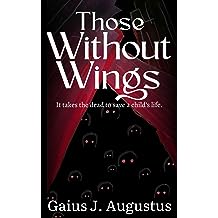 Adams and his 10 year-old niece, Illeina, are in an accident that takes his life and leaves her in a coma. Although his life is gone, there is still a chance to save hers. But to save her, he will have to enter the forbidden space between the human realm and the realm of the angels, a place called Darkrealm, where creatures called Whispers corrupt souls. Adams is willing to risk his existence, but when his new friend, Casey, insists on joining him, will it be worth it to risk zir life as well?

Those Without Wings is a story of love, sacrifice, and new beginnings. Dive into the immersive world of the angels, a civilization in a universe where once-living individuals live in a place between our world and the world of energy and gods. Discover the secrets of souls, which are tethered to our world through Darkrealm. Keep a strong heart as Adams fights the odds to save the life of his beloved niece.

This story includes characters that use gender-neutral pronouns. 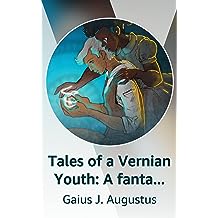 Tales of a Vernian Youth: A fantasy scifi adventure story
by Gaius J. Augustus
( 3 )
Magicians, robots, and alternate realities. What could go wrong (besides everything)?

Octavian is a grad student at a top magic university. His research project? Replika, the world's first magic-powered robot. Activating Replika should be a blast, but instead Octavian's advisor traps him & Replika in a web of alternate universes. To get back, they must survive one spine-chilling reality after another.