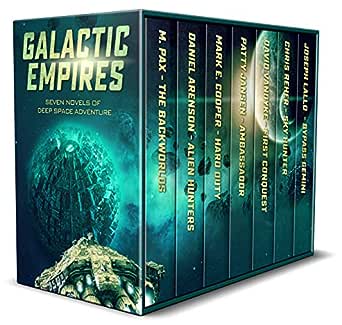 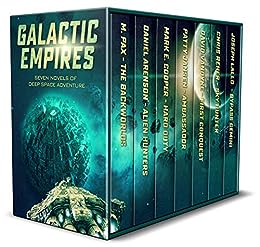 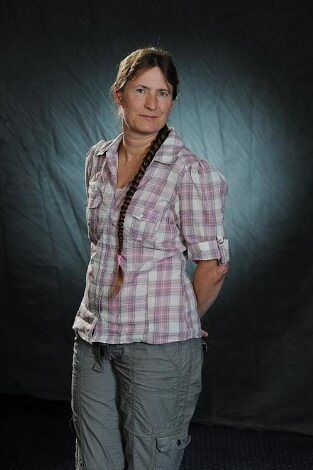 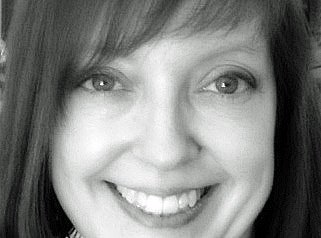 4.1 out of 5 stars
4.1 out of 5
485 global ratings
How are ratings calculated?
To calculate the overall star rating and percentage breakdown by star, we don’t use a simple average. Instead, our system considers things like how recent a review is and if the reviewer bought the item on Amazon. It also analyzes reviews to verify trustworthiness.
Top reviews

Dave Wallace
3.0 out of 5 stars 3 winners!
Reviewed in the United States on June 6, 2016
Verified Purchase
First I will say that I couldn't finish 5 of the 8 books, it may be me or it may be the books or it may be both; however I won't factor books I didn't finish in the rating because for the price, come on it's a bargain for 3 good books.
Now I really liked 3 of them and this galactic spanning stuff is not really my favorite. They are:
Hard Duty by Mark E. Cooper, A meaty, multi view-pointed and multi-layered story, I am a sucker for some first contact too.
Bypass Gemini by Joseph Lallo, A fun space opera romp is a bit more in the category of rogues & pirates, that is also very funny.
First Conquest by David Vandyke, Ship to ship space battles better than I have ever seen done, something that usually bores me.
Read more
20 people found this helpful
Helpful
Comment Report abuse

Amazon Customer
5.0 out of 5 stars Buy this sampler, you will like at least one, probably many.
Reviewed in the United States on June 14, 2016
Verified Purchase
An anthology of novellas to help you decide if you want to read subsequent books in the 8 different series and/or other books by these authors. Some are better than others, as one would expect, but all are a pretty good read and all set in interesting universes.. Some have logic and/or believability problems, some are just plain silly, but all are fun. Hard Duty is the standout best: part of the Merkiaari War series and Sky Hunter is not bad either, though you may start to groan "yeah, right" at the end as our heroine outdoes herself heroic self. I have already reviewed these two and the most of others in their individual book forms, so will no repeat myself.

I have not read or reviewed First Conquest (the last in this anthology): it is essentially one long battle in an interesting universe with desperate back-against-the wall humanity up against a much more powerful foe. Fortunately, the commander is very lucky. If you like space battles, this one is for you.

The first story (Ambassador 1) is a great universe, with good characters and fun action, though suspending disbelief about both the human and the alien cultures may prove difficult at times. (It is also odd for the hero to introduce a powerful technology, then spend half the book not using it, just so the plot can go forward without it.) Still a fun read though.
Read more
14 people found this helpful
Helpful
Comment Report abuse

AJ Norton
VINE VOICE
5.0 out of 5 stars 8 excellent full-length novels at an unbeatable price - grab it while you can!
Reviewed in the United States on February 22, 2018
Verified Purchase
Not just one, but 8 full-length novels at an unbeatable price! Who could resist? Why would anyone hesitate? I had already read Book 1 of Patty Jansen's Ambassador series (which is included here) & LOVED it, so was hoping to enjoy at least one of the other 7 novels in this set. Last night I read "Bypass Gemini" & laughed out loud at times, but could not put it down. It's like an interstellar James Bond thriller, with a "freelance" hero. I have now read 5 of the 8 novels included in this set & enjoyed them all, so this set is definitely a 5-star winner! Anyone who likes science fiction will find something to enjoy here.
Read more
2 people found this helpful
Helpful
Comment Report abuse

Graeme Ing
3.0 out of 5 stars Some greats, some duds, typical for such a collection
Reviewed in the United States on April 9, 2016
Verified Purchase
Ok collection. Some greats like the Galapagos Incident by Felix Savage and Backworlds by Mary Pax, but also some duds in here. Pretty typical for one of these collections.
Read more
11 people found this helpful
Helpful
Comment Report abuse

ilbob
1.0 out of 5 stars IMO - a waste of time
Reviewed in the United States on April 30, 2018
Verified Purchase
I took a look at each of the 8 books in this collection. I read 20-50 pages of each one and lost interest. i never finished any of the stories. So, as its my practice It gets one star. It was a free Kindle download so I am not out any money, but I am out the time spent trying to read it.

It's science fiction. The science ought to make some kind of sense. the military SF ought to make sense in some military sense, but it didn't.
Read more
2 people found this helpful
Helpful
Comment Report abuse

Drdave
3.0 out of 5 stars 5 books for one low price
Reviewed in the United States on September 9, 2019
Verified Purchase
since this is 5 different stories/ books. the 1st one was ok, but the 2nd was not good, lacked clarity and many words and ideas that were not ever explained what was the meaning of a made up word word. The 3rd book, which I am still reading, is a better, but often the science is flawed for the sake of dramatic effect. however the humor infused through some of the characters is entertaining
Read more
Helpful
Comment Report abuse

Kino
2.0 out of 5 stars Nope
Reviewed in the United States on December 21, 2016
Verified Purchase
an uneven collection, from poor writing to approaching pro. One or two make the reader curious for more, but the quality is not conducive to repeat business and the "science" in this science fiction is truly scarce
Read more
5 people found this helpful
Helpful
Comment Report abuse

Patrick
5.0 out of 5 stars Sampler Pack for exploring new or different authors
Reviewed in the United States on June 11, 2016
Verified Purchase
It is excellent for what it is, a sampler. There is Serious Sci Fi and Silly Sci Fi. It gives the chance to read something I wouldn't normally choose. There was even a book I didn't make past the first chapter. Does that mean knocking off stars? No! That is the point of a set like this.
Read more
5 people found this helpful
Helpful
Comment Report abuse
See all reviews

carolann a.
4.0 out of 5 stars 1 dud, rest good to excellent
Reviewed in the United Kingdom on August 27, 2020
Verified Purchase
compendulums arer a good way of sampling new authors and new series. They are often cheap and offer good value.
1. The backworlds. M Pax. 1st of 7 in backworlds series. Poor, difficult to follow, uninteresting.
2. Ambassedor. Patty Jensen. 1st of 10 in ambassedor series. Excellent - more like a spy thriler. Rest of the series rather pricey.
3. Alien Hunters. Daniel Arensen. 1st of 3 in Alien Hunters series. Excellent. Funny, OTT, far fetched, not to be taken seroiusly. In short FUN to read.
4. Hard Duty. Mark E Cooper. 1st of 5 in Merkiaari wars. Very good but left hanging which is frustrating. Rest of the series pricey.
5. Bypass Gemini. Joseph Lallo. 1st of 5 in the Big Sigma series. Very good.
6. Sky hunter. Chris Reher. 1st of 5 in series Taragon Tales. Very good.
7. 1st Conquest. David Van dyke. 1st of 5 in Plague wars-Stellar conquest series. Good though the battle scenes of which there are many are a bit repetative, but riviting nonetheless.
Overall a worthwhile compendulum.
Read more
Report abuse

richard stagg
4.0 out of 5 stars Worth a read
Reviewed in the United Kingdom on October 26, 2016
Verified Purchase
It's a compilation of 8 authors putting their stories together in a free set to try to entice you into reading more of their books. To this end, you can't really go wrong. I am tempted to read further works by 4 of the writers as a result of buying this, so a 50% strike rate on new authors which is why I gave it 4 stars. Ambassador, Hard Duty, and First Conquest are all really classic tales which I liked and Bypass Gemini was an enjoyable and quirky read which appeals to my sense of the irreverent but won't be for everyone. The other stories were a mixed bag with varying quality.
Read more
3 people found this helpful
Report abuse

Andy Smith
5.0 out of 5 stars All decent, some great, eight free SF books so what are you waiting for?
Reviewed in the United Kingdom on August 18, 2017
Verified Purchase
At least five of these eight books are really good, and they're all at least OK. The standout for me was 'Bypass Gemini', which was a bit more 'hard SF' than some of the others and reminded me of a less rambling Neal Stephenson. Great introductions to the various authors' series, and they're free so you have nothing to lose!
Read more
2 people found this helpful
Report abuse

Ron Robson
4.0 out of 5 stars Great way to be introduced to a number of different writers
Reviewed in the United Kingdom on December 8, 2016
Verified Purchase
I enjoyed this collection of Novels. I had not read many of the authors before. As a result I have purchased a number of books in various series of which the first was in this book. Novels by Chris Reher, Patty Jansen, Mark Cooper, Daniel Arenson and David Vandyke. . So I would recommend this book. You might not like all the novels but I would be very surprised if any reader doesn't like the majority. This set of books was free. So how can you go wrong???
Read more
One person found this helpful
Report abuse

PJ Online
3.0 out of 5 stars Good try but no bananas....
Reviewed in the United Kingdom on February 16, 2018
Verified Purchase
Meh, the stories were just OK, bordering on 2 stars. I didn't seek out other books by any of these authors, so that is about the best thing I can say about them. As with all these type of books where Amazon are publishing, it's a bit of a roll of the dice if you find an author you will like. Clumping them together like this should have been a clue!
Read more
One person found this helpful
Report abuse
See all reviews