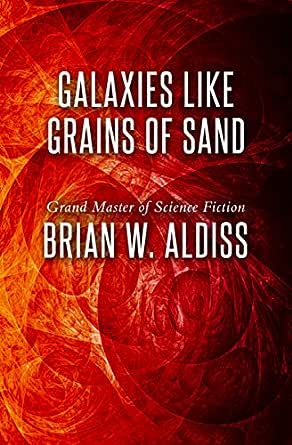 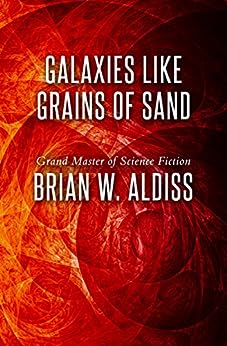 “Brian Aldiss seems to have always had a more oceanic sense of time than even most science fiction writers, an almost measured vision of what will transpire in the long run . . .” —Norman Spinrad

3.7 out of 5 stars
3.7 out of 5
28 global ratings
How are ratings calculated?
To calculate the overall star rating and percentage breakdown by star, we don’t use a simple average. Instead, our system considers things like how recent a review is and if the reviewer bought the item on Amazon. It also analyzes reviews to verify trustworthiness.

Mia
4.0 out of 5 stars Interesting futures
Reviewed in the United States on April 28, 2017
Verified Purchase
My second read by Aldiss and just as enjoyable. This is from the golden age of scifi or thereabout, 9 thematically connected stories about the future of the Earth. Of course that is much too vague, since most if not all science fiction deals with that very subject, but this is specifically the projected future that spans millennia and then some. So it's a very lofty, very ambitious premise and the execution, while somewhat uneven, is quite good too. Not great, mind you, for me it never really exceeds the terrific first story, but very interesting still. Aldiss gives himself 40 million years to play with and each story visits pivotal moments in that timeline, the highs and lows and various oscillations in between. It's wildly inventive and often has a moral, but then again can just be read as an entertaining tale. Originally published in 1959 in UK under The Canopy of Time and 1960 in USA under author's preferred title seen above, it doesn't really reflect its age with the sort of dated references some genre books from that era tend to. This is pure imagination shaped by a good grasp of historical references, social psychology and politics. Despite all the serious implications such a collection might have found itself weighted down with, this is still pretty light reading, mostly entertaining, though might make you think now and again. Not sure if it was ever meant to be more, it's quite slender and unimposing for all that it is. Fun read. Recommended for science fiction fans.
Read more
3 people found this helpful
Helpful
Report abuse

Daniel Villines
3.0 out of 5 stars More of a Vision than a Story
Reviewed in the United States on November 21, 2014
Verified Purchase
Galaxies Like Grains of Sand is a solid work of science fiction. It accomplishes what so many books in the genre surprisingly fail to do, which is to raise questions about our collective future based upon our past and present conditions. For those that want to consider far reaching ideas about our long-term societal and human evolutionary paths, Galaxies Like Grains of Sand has no shortage of such ideas.

My issues with Galaxies stem from its structure. It attempts to be one complete text that presents fragments of Earth's history through countless millennia into the future. To accomplish this structure, the book is comprised of several short stories that are tied together with brief prefaces that focus on the book's historical theme.

The end result feels more like a recital of Aldiss' version of Revelation, and the human implications associated with Aldiss' visions are left to a sort of faith in him as the all-knowing writer. In the absence of sympathy, there is no way to feel a sense of truth in Aldiss' words.

I think science fiction is capable of a literary story; complete with characters that communicate the nature of their existence, a setting that extrapolates realistic speculations on science, and a plot that strikes close to a human understanding of life. But so far, such a book has been elusive.

aMused
5.0 out of 5 stars Great book!
Reviewed in the United States on September 4, 2017
Verified Purchase
I loved this book. It reminded me of Bradbury's "Martian Chronicles" (in a good way). RIP Brian Aldiss. Moving on to another of his books now that I've finished this one.
Read more
5 people found this helpful
Helpful
Report abuse

Margaret Howard
4.0 out of 5 stars A masterful tale; But not an easy read.
Reviewed in the United States on April 19, 2015
Verified Purchase
Spanning eons of time, Aldiss spins tales of triumph and failures. At times, the tales are deeply philosophical, others metaphorical. But you'll need to keep the dictionary handy (nice to have e-book with an instant dictionary!).
Read more
3 people found this helpful
Helpful
Report abuse

Crazy Carrie
3.0 out of 5 stars A flash from the past
Reviewed in the United States on September 27, 2014
Verified Purchase
I read this book about 50 years ago when paperbacks went for like 35 cents. I was young and into science fiction. Brian Aldiss was one of my favorite authors so when I saw this re-release I decided to give it a try. I found the book rather dated (no surprise). I also found the stories less than compelling.
Read more
One person found this helpful
Helpful
Report abuse

Deborah L. Wilson
5.0 out of 5 stars Great stories!
Reviewed in the United States on March 7, 2017
Verified Purchase
This is one of my favorite sci fi books. Although the stories were written--and can be read--independently, they come together as a sweeping view of humanity's progress (ups & downs) over about 40 million years. Very entertaining.
Read more
Helpful
Report abuse

judearn
5.0 out of 5 stars Unique!
Reviewed in the United States on December 18, 2014
Verified Purchase
This is an unique look at the universe, and earth and its inhabitants place in it. I loved the history of the evolution of earth and men interspersed with stories about that period in time...many if not all in the vast future. Hard to believe that this was written in the '60s.
Read more
2 people found this helpful
Helpful
Report abuse
See all reviews