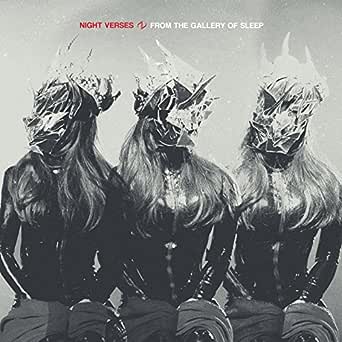 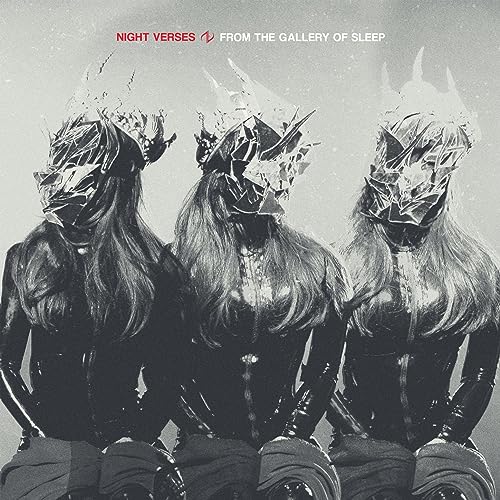 From the Gallery of Sleep

Gary Schemnitzer
5.0 out of 5 stars Fantastic instrumental trio - heavy and atmospheric, full of surprises!
Reviewed in the United States on July 27, 2018
Verified Purchase
It’s been quite a long time since a new (well, almost new) band blew me away and I’m so thankful I stumbled across this. These guys put out 3 earlier albums with a singer, and while they stood out as a different kind of metalcore band, that music just wasn’t something I’d latch onto with those kind of vocals. They decided to part ways with the vocalist and continue as an all-instrumental trio and after listening to this I’m already excited to hear more. It’s definitely heavy, but thick with atmosphere and changing moods…lots of shred mixed in with wild sound effects and solid grooves. I like how they mix styles to create their own sound, think shades of Tool, Gojira, old Mastodon and even some crazy Ozric Tentacles space rock for those familiar with that legendary band. The best part is there are legit songs here – not just excuses to show off, but you’ll be even more impressed when you hear this quote from the band: “all the electronics are hand triggered and all of the parts are played between the 3 of us. There are no backing tracks or extra instruments on the album that we couldn’t perform live”. When I heard the first song “Copper Wasp” I was really impressed with the phrasing guitarist Nick DePirro uses in his clean solo - his note choices, his feel and how he leaves space separates him from many others in my opinion. At the end of the song he then cranks out a nasty distorted solo that again uses impeccable phrasing and the yin/yang of those 2 solos really highlights his strength as a composer. Drummer Aric Improta is a monster and is well-known in the drum community, just search his name on YouTube and watch all of his amazing videos. As always, the strength of a drummer is how they balance flash and groove and this guy does it all…he lays back when the song calls for it but also finds lots of places to go crazy and dazzle you with his skills. Bassist Reilly Herrera is no slouch either, he lays a solid groove down but also finds his spots to shine – these guys have been making music together for over 15 years and they have quite a special connection. Other standouts include Trading Shadows, No. 0, Earthless, and Phoenix IV: Levitation – all of those will satisfy the shred junkie but even the other mellow songs really contribute to an overall flowing effort. The final song “Infinity Beach” has a bit of Pink Floyd feel to bring the listener back down to earth slowly and displays even more of their repertoire.
Read more
4 people found this helpful
Helpful
Report abuse

daniel derubis sr.
5.0 out of 5 stars One of the most important instrumental albums of the past decade.
Reviewed in the United States on July 23, 2020
Verified Purchase
This album should be revered in every sense of the term. An absolute monster in Writing, Mixing, and Tone. A virtual plethora of tastes molded into a coherent musical journey. I only hope their next effort can touch this monumental feat. Nick DePirro has elevated this seemingly instrumental album into a work of pure sonic energy and riffs, with a peaceful undertone of relaxing ambience.

E. Magaña
5.0 out of 5 stars Incredible
Reviewed in the United States on August 22, 2018
Verified Purchase
This album is legit amazing!
Read more
One person found this helpful
Helpful
Report abuse

dustin l stolworthy
1.0 out of 5 stars Instrumental album. No vocals.
Reviewed in the United States on August 24, 2018
Verified Purchase
Saw this band in someone’s backyard opening for Norma Jean, been a fan ever since. Unfortunately the singer left the band & the rest of the band continued on as a purely instrumental set. Bought this album based on my purchase of the previous albums. While the instrumental music itself is good, it feels incomplete without vocals & I find myself not being interested in listening to an album devoid of vocals. Had I known the band had gone this route I would’ve saved my money & not made this purchase.
Read more
Helpful
Report abuse

Noé
5.0 out of 5 stars Shit.. That's great !
Reviewed in France on March 26, 2019
Verified Purchase
Thank you for this experience.. Now I'm living differently :)