Add to Cart
$29.50
+ Free Shipping
Sold by: Publisher Direct
Have one to sell?
Sell on Amazon 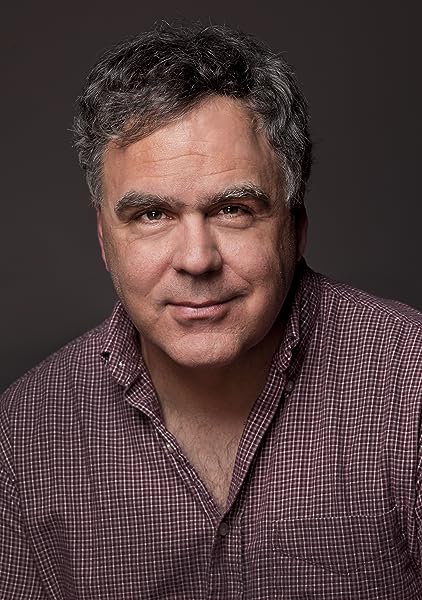 The Game Believes in You: How Digital Play Can Make Our Kids Smarter Hardcover – April 21, 2015

"The best book on games and education in YEARS. Very worth a read!" -Raph Koster, legendary game designer and author of A Theory of Fun for Game Design

“If you want a glimpse into the..."mostly unconnected" world of leading edge learning games, this is the single best book you can currently buy to get it...Greg Toppo is not one of us, but after this book, I'm hoping we can keep him.” ―Erin Hoffman, Quora

“Between hype and hating lies the nuanced discoveries of veteran education reporter - and former teacher - Greg Toppo...Some of his findings might surprise you.” ―Eric Westervelt, NPR

“In his deeply reported and compassionately argued book, Toppo ... explains that we have it all wrong. .. 'What looks like a 21st-century, flashy, high-tech way to keep kids entertained is in fact a tool that taps into an ancient way to process, explore and understand the world.'...As the parent of a young child, I began The Game Believes in You thinking of video games as a kind of menace. I finished it believing that games are one of the most promising opportunities to liberate children from the damaging effects of schools that are hostile to fun.” ―Kevin Carey, New York Times Book Review

“The Game Believes in You is a mind-changing book by an outstanding reporter.” ―John Merrow, Education Correspondent, PBS NewsHour, and President, Learning Matters, Inc.

“[Toppo's] wonderfully written book tells the stories of many game makers and scholars who have found clear signs of such activity promoting learning.... Toppo finds...that breaking away from the standard American school routine is worth the risk.” ―Jay Mathews, The Washington Post

“Toppo made a persuasive case that games do many of the things we expect schools and teachers to do - differentiate instruction, gather data and assess performance - and very, very well...The Game Believes in You has convinced me I need to take a new look at something I thought I'd made up my mind about long ago. I hope I'm not the only one.” ―US News & World Report

“The most important book on games and learning in a decade!” ―Jane McGonigal

“I think this will turn out to be the most influential book on video game learning since James Paul Gee's 2003 classic What Video Games Have to Teach Us About Learning and Literacy. Greg Toppo is one of the few ed tech writers who truly understand the potential of game-based learning and can distinguish the few good learning games currently available from the ocean of crap.” ―Keith Devlin, Stanford University mathematician, NPR's Math Guy and chief scientist of BrainQuake

“Yes, indeed, the best book since mine - and it is much better written than mine. Greg has done a great job. The book is both highly informative and really entertaining at the same time.” ―James Paul Gee, author of WHAT VIDEO GAMES HAVE TO TEACH US ABOUT LEARNING AND LITERACY

“For way too many children, "school" isn't designed to encourage critical thinking and a love of learning.Greg Toppo's The Game Believes In You reveals how many games inspire and motivate children to learn but our own biases stop us from seeing games as critical tool to transform the educational experience of our children. The Game Believes In You shows us how games can help all of us to be better learners but even more importantly It is a direct challenge to parents and educators to create learning environments our children deserve.” ―Rosalind Wiseman, author of Queen Bees & Wannabees and Masterminds and Wingmen

“What a wonderful and necessary book! Greg Toppo puts the fun back into gaming (never mind that it's also good for you). Play is healthy -- parents rejoice!” ―Sandra Tsing Loh, author, The Madwoman in the Volvo and Mother on Fire

“In his compelling book, Greg Toppo demonstrates what I've known for many years -- from observing my own kids as well as thousands of others -- the kinds of problems kids are solving in game play increases their ability to perform in school and to solve complex problems. Today's world is more about problem solving than memorization. For this, games are perfect.” ―Nolan Bushnell, Founder, Atari and CEO of BrainRush

“An exciting overview of how innovative teachers are harnessing the power of games to engage students.” ―Library Journal

Greg Toppo is USA Today's national education and demographics reporter. Toppo was a 2010 Spencer fellow at Columbia University's Graduate School of Journalism and in 2011 he co-led the team that investigated cheating in the nation's public schools, most prominently in Washington, DC, schools under then-Chancellor Michelle Rhee. He lives in Ellicott City, Maryland.

Ivan Kaltman
5.0 out of 5 stars The Game does believe in them...but do schools?
Reviewed in the United States on January 10, 2017
Verified Purchase
As an educator trying to bring digital game-based learning into my district (as hard as it is to get other teachers and administrators to even acknowledge such a thing exists), I'm amazed at what others have already accomplished. Beyond that, I have even connected with some of them through Twitter. Their stories...and Greg's unbridled optimism...keeps me going strong when I might have otherwise despaired. Despite all the research, all the literature, all the pedagogy, despite common sense, despite student's interests, there is no guarantee true digital games will become wide-spread in public schools. For all of us who believe...in games and in our students...we must do our part to make our voices, through Greg's and theirs, heard.
Read more
One person found this helpful
Helpful
Comment Report abuse

Daniel Connolly
5.0 out of 5 stars A hopeful, surprising and funny book
Reviewed in the United States on October 29, 2016
Verified Purchase
Books about education can often depress the reader. This one is ultimately hopeful and uplifting, as Toppo describes the power of video games to draw young people into active, engaged learning on any subject. Consider this passage from the epilogue, about teenagers using the game Minecraft as the basis for an elaborate opera performance.
Toppo writes: "This isn't the same old thing done more efficiently, or, heaven forbid, the same old _stupid_ thing done more efficiently. These aren't better flash cards or gamified toothbrushes with points attached. This is cutting-edge technology applied to something totally new and strange and beautiful."
Toppo's passion for the topic comes through and I came away convinced that video games really can help all of us learn.
This is also a fast read and frequently funny. Worth your time!

aneibauer
5.0 out of 5 stars I highly recommend this book
Reviewed in the United States on January 20, 2016
Verified Purchase
Whether you are new to the term Gamification, or simply looking to explore it more, I highly recommend this book. The book is well researched, well-written, and filled with anecdotal stories that illustrate his points. Toppo's writing style makes for an engaging read. Let's lower the cost of failure in schools and give students a chance to master concepts. Fail. Try again. Fail again. Try again. As Toppo states, "beating the boss [mastering content] always feels transcendent." This is what we, as educators, should strive for within our classrooms.
Read more
Helpful
Comment Report abuse

Aireane Curtis
3.0 out of 5 stars not what I thought
Reviewed in the United States on January 6, 2020
Verified Purchase
Purchased due to the idea behind the book. I tried many times to read but just could not get into it. This book may be great for someone else but just not for me.
Read more
Helpful
Comment Report abuse

Lucas Gillispie
5.0 out of 5 stars An Educator Believes in This Book!
Reviewed in the United States on June 10, 2015
Verified Purchase
Great overview of real educators doing real things with games in the classroom. Greg's done a fantastic job of capturing the essence of benefits and challenges educators face when leveraging games for learning.
Read more
2 people found this helpful
Helpful
Comment Report abuse

jpltpl
5.0 out of 5 stars Fantastic resource for educators and parents.
Reviewed in the United States on August 11, 2015
Verified Purchase
A great resource for parents and teachers looking to understand the role of digital games in children's lives - for good and for bad. A really wonderful book from a fantastic education journalist.
Read more
One person found this helpful
Helpful
Comment Report abuse
See all reviews from the United States

Avigaila Christensen
5.0 out of 5 stars Five Stars
Reviewed in the United Kingdom on July 15, 2015
Verified Purchase
My Daughter was quite contented with it, I think:)
Read more
Helpful
Sending feedback...
Thank you for your feedback.
Sorry, we failed to record your vote. Please try again
Report abuse

Page 1 of 1 Start overPage 1 of 1
This shopping feature will continue to load items when the Enter key is pressed. In order to navigate out of this carousel please use your heading shortcut key to navigate to the next or previous heading.
Back
Next
Pages with related products. See and discover other items: digital electronics