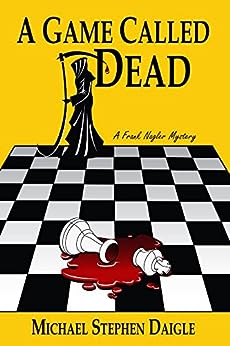 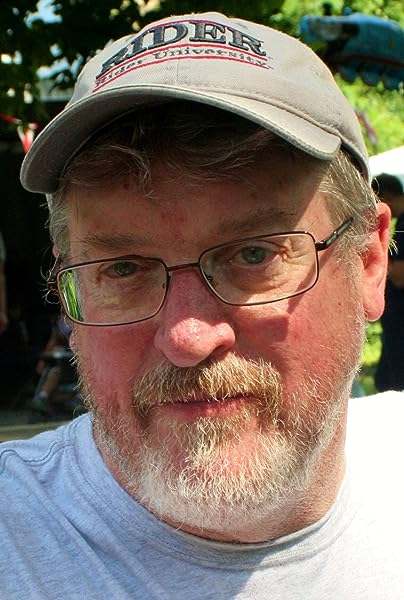 "This was awell-written crime story. The protagonist detective character was well craftedand the plot flowed in a manner that made this a real page-turner. Definitelyrecommend."

"A Game Called Dead," is the sequel to "The Swamps of Jersey," the first Frank Nagler Mystery.
Nagler is called to investigate the brutal attack of on two women at the local college. It begins a tale of urban terror, much of which seems to be directed at Nagler and his associates.
The story introduces the mysterious terrorist #ARMEGEDDON, who taunted the police from cyberspace.
The story also digs deeper into Nagler's past, especially the old Charlie Adams serial-killer case, and his relationship with Lauren Fox, who played a key role in exposing the political corruption in "Swamps." She is back and steps into the front of Nagler's life.
The story also introduced Harriet Waddley-Jones, a college dean, who is Nagler's nemesis, and later ally.
Each book is a challenge to write a "better" book. In this case I wanted tighter, faster action and to develop and theme and flow to help carry the story. Sound and the description of sound, are keys.
I also wanted Nagler to confront aspects of his past. Can he reconcile them, or will they always haunt him?
In progress: "The Weight of Living," the third Frank Nagler mystery.

"I can burn a city down."
So declares the Internet poster #ARMAGEDDON.
Ironton,N.J. Detective Frank Nagler wonders: Is he real, or someone playing a game while an increasingly dangerous series of events strikes the city.
The story of Frank Nagler picks up two years after his first story of murder and political corruption, "The Swamps of Jersey."
Ironton, N.J., is still a city struggling with its economic and rebuilding troubles, but new heroes emerge.
Meanwhile a break-in at the local college leaves two women badly beaten, and one later dies. Following a series of criminalacts in the city, including several that damage the book store owned by Leonard, Nagler's friend, the story takes on a sinister twist.  Are these events connected, and who is "The Hunter"?
The title comes from the students' name for a video game that has taken on a real-world life. They call it "A Game Called Dead."

Michael Stephen Daigle is awriter and journalist who lives in New Jersey with his family. He is the author of the Frank Nagler Mystery series, published by Imzadi Publishing, LLC of Tulsa, Okla.  "The Swamps of Jersey," was published November 2014; the sequel, "A Game Called Dead," was published in January 2016.
The third book in the series,"The Weight of Living," is a work in progress.
The books follow the investigations of Detective Frank Nagler and take place in the fictional city of Ironton, N.J.
Daigle was born in Philadelphia, and has lived in several states in the Northeast United States, where he was an award-winning journalist.  Daigle is a member of the Mystery Writers of America.
He publishes commentary, fiction samples and poetry at michaelstephendaigle.com
Read more

Marta Nater
4.0 out of 5 stars Good work detective
Reviewed in the United States on June 9, 2021
Verified Purchase
Usually in my book read reviews I don't like to give to much out on the story for readers as the should read the whole book without some reader giving out too much data off. Book is mostly about a detective named Frank Nagler who got his hands full with a psychotic mystery to solve. Following the previous first book series in this book, after two years of Detective Nagler exposing the inner political corruption that was taking place in Ironton, N.J. he now faces a greater challenge with some psycho coming after him for the thrill kill, worse yet not just him but his friends. Is a twisted mystery mind game of whose going to get who first. It all begins when both a Ironton college is targeted and two women are beaten down along with the detectives good long time Leonard. The detective then begins to connect the dots only to unravel a sadistic truth. After the campus beat downs take place more murders surface. I liked how the author used the idea of using a multiplayer online video game as to where it comes to reality on the college campus grounds making it more frightening for readers. While N.J. suffers an economic crisis brought on by the greed of politicians as others involved, the N.J. law abiden citizens put up a good fight front against them all in order to conserve outstanding order. Can detective Naglar trust the lovely and attractive college administrator? or will he see through her? Detective Naglar has a hurtful past, one he hasn't fully yet recovered from. Something evil is roaming within N.J. Book is a pretty good read with an ending grim dark twist. Hopefully next one be as good.
Read more
Helpful
Report abuse

Reyna
5.0 out of 5 stars A literary mystery that will keep you turning the pages
Reviewed in the United States on October 1, 2017
Verified Purchase
Detective Frank Nagler is Ironton, the northern New Jersey city where the story takes place. Both teeter on the knife’s edge between hope and despair. The city wallows in economic crisis brought on by the post-industrial era and exacerbated by greedy local politicians. But its heart of gold, the city’s resilient people who dream of better times and a different life for their children, fight the good fight, generation after generation, despite all odds. Nagler is the Fisher King, the death of his young wife twenty years earlier creating the dolorous wound that continues to bleed and will not heal.

The story opens with the savage beating of two women in a college dormitory and rapidly escalates to murder. One victim hints that a psychopath obsessed with a multiplayer online game may have brought its brutality into the physical world. A beautiful, but troubled college administrator steps forward to guide Nagler through the academic bureaucracy, but is she friend or foe? Meanwhile, Nagler’s friend, a local business owner who is both blind and confined to a wheelchair, is terrorized by someone who is sadistically toying with him, destroying his store and his livelihood. Are the deaths and violence as random as they appear, or is there something deeper and more malevolent festering in Ironton?

“A Game Called Dead” is a literary mystery that will keep you turning the pages. If you enjoy stories with vivid characters, unexpected plot twists and strong writing, you should read this book.
Read more
Helpful
Report abuse

Neil
5.0 out of 5 stars Highly recommended.
Reviewed in the United States on July 19, 2020
Verified Purchase
In this excellent novella, the author hooks you right away with a crime and some excellent writing. I love Michael’s use of metaphors and the way he sticks close to his lead character - you can see things happening through Nagler’s eyes. There are a few instances where the author tells us what the character is feeling instead of taking the time to lead us there through descriptions, imagery, actions and/or thought, but I’ve noticed the best authors do this at times, and it takes little away from the quality of writing overall. A very enjoyable read.
Read more
Helpful
Report abuse

Bob Seay
5.0 out of 5 stars Nicely done
Reviewed in the United States on June 11, 2021
Verified Purchase
Good writing, strong characters, and a plot that works. Starts off with a gasp-inducing crime scene that almost made me stop reading the book. But, like Nagler, I persevered. And I am glad I did. Good descriptive writing and character development. The story works because you come to care about these characters. Nicely done. I will be reading more.
Read more
Helpful
Report abuse

Dylan Robinson
5.0 out of 5 stars Fantastic Thriller!
Reviewed in the United States on July 21, 2020
Verified Purchase
Chose this book because I love a good mystery and it certainly lived up to its billing. Michael Stephen Daigle creates beautiful descriptive sequences and does an amazing job bringing gritty and damaged characters to life in the eerie industrial setting of Ironton.

I loved the blending of the old and the new - the hard nosed detective of yesteryear, Frank Naglar, trying to weave his way through the 21st century reality of computer games, websites and social media.

Was excited to learn that “A Game Called Dead” is one in a series and I look forward to reading the rest.
Read more
Helpful
Report abuse

Cynthia E. Ledbetter
4.0 out of 5 stars Fun to read!
Reviewed in the United States on May 3, 2016
Verified Purchase
Synopsis: Two young women are attacked in their dorm room at the local college. The only motive seems to be that they played a reality/virtual reality game. At almost the same time Leonard's bookshop is vandalized. Although these crimes don't seem connected, Frank Nagler thinks they just might be.
Review: Set in the down-but-not-out city of Ironton, New Jersey, this rather hard-boiled cop story also examines the topics of violence on college campuses and nepotism within city departments. This is the second in the Frank Nagler series and shows the growth of the writer; it's an enjoyable novel with a good ending.
Read more
Helpful
Report abuse

Reader23
4.0 out of 5 stars Nice Literary Mystery
Reviewed in the United States on December 3, 2020
Verified Purchase
This story kept me engaged and turning pages. Daigle did an excellent job keeping the story thrilling and moving. I look forward to reading more books by this author.
Read more
Helpful
Report abuse

JJHAM
5.0 out of 5 stars Great read.
Reviewed in the United States on December 12, 2020
Verified Purchase
Intriguing twist on a classic tale of a who-done-it, coupled with a LITRPG. Great writing. Will read more from this author.
Read more
Helpful
Report abuse
See all reviews