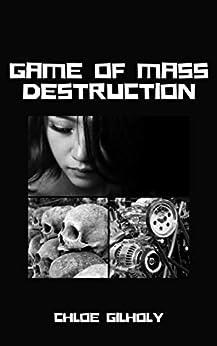 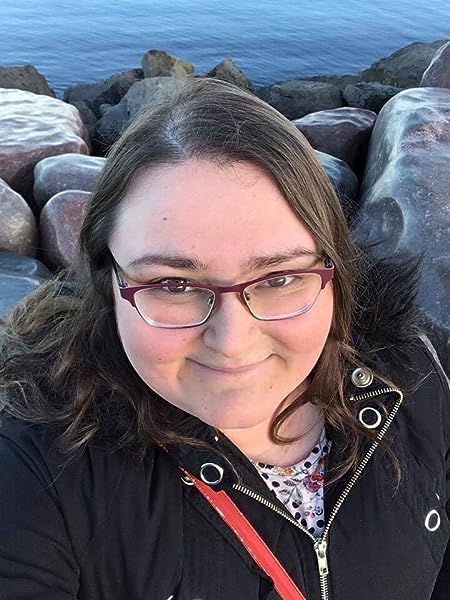 Chloe Gilholy is a healthcare worker from Oxfordshire. She has been writing since she was eight and publishing books since 2017. --This text refers to the hardcover edition.

EB
3.0 out of 5 stars Plays out like a true reality TV show!
Reviewed in the United States on November 29, 2020
Verified Purchase
Every year, twenty contestants are “nominated” for the popular television show, Game of Mass Destruction. The goal is simple: kill robots or be faced with certain death. When Yuzuko and her partner, Sakura, are nominated, her entire world is turned upside. She soon discovers her family history is more entwined with the game than she ever imagined. But can knowing that stop the game for good?

With a diverse and large cast of twenty characters, used as Sia Bucks’s pawns in the Game of Mass Destruction, Chloe Gilholy draws us into an addictive world of violence reminiscent of The Hunger Games and Battle Royale. It is almost impossible to look away as the players succumb to violence and desire, racking up points as they destroy the robots. This in itself is the beauty of the novel: Gilholy writes it in such away that you keep reading, even as the bodies pile up, just as what would happen if the Game was broadcasted on national television.

Sia Bucks makes the game even more fascinating. A unique villain with curly purple hair and a lust for chaos, she commands the story. Each time she appeared, I reveled in her chaotic evil and melodramatic diatribes. Characters tried to rationalize what she did, but the reality is simple: Sia Bucks is evil for the sake of it, and it is fun to watch!

Yet, while the pace of the story lent itself to the game, making each seen move with the anxiety and intensity of an adrenaline-fueled game, it falls the characters short. With such a large, named cast, we don’t have time to really get to know the characters. Even the protagonist, Yuzuko, is only glanced at briefly. What did I know about her? Not much. There were elements mentioned: she didn’t like violence, she loves Sakura, she loves her “Aunt Kiki” – a robot, and she has a son who wasn’t mentioned much. There were other interesting characters: Ros and Aron, Todd and Bobby, Magiangela, and more, and to an extent I knew more about them in their brief appearances that Yuzuko.

I think if the cast was smaller, or the book was longer, it would have given us a chance to really get to know these characters. Some odd moments and interactions appeared between the characters (such as Sakura running off, Alfie’s interaction with his mother, Yanyu and Chang-Hoon’s romance, and the constant affairs among the cast), and I think getting into the heads of the characters more, or focusing on just a couple, might have helped us understand these events. Gilholy does not lack the talent to characterize her cast, as shown Sia, and even characters like Magiangela. But with so many moving parts, it makes it hard for the audience to really get to know this unique and diverse cast before some of their unfortunate demise.

That being said though, I really had a lot of fun reading this book! It was exciting, while also examining some innate human desires – such as how danger brings out the best, and worst, in us. My recommendation for picking up this book is simple: imagine you’re watching a reality TV show while reading it, because that’s how it plays out. The fact that Gilholy can capture that feeling in a book deserve applause of its own.

So if you want a fast, entertaining, and fun read, I definitely think you should check out Game of Mass Destruction. It might make you second guess your reality TV show habits though.
Read more
Helpful
Report abuse

GAME OVER! Who will perish or who will win the 30th season Game of Mass Destruction?

An awesome book cover, great font & writing style. A very professionally written Dystopian/Sci-Fi book. It was quite easy for me to read/follow from start/finish & never a dull moment. There were no grammar/typo errors, nor any repetitive or out of line sequence sentences. Lots of exciting scenarios, with several twists/turns & a huge set of unique characters & facts to keep track of. This could also make another great Dystopian/Sci-Fi movie, an animated cartoon or better yet a mini-TV series. It wasn’t 1984, but I liked it so I will still rate it at 4/5 stars.

S. J. Main
4.0 out of 5 stars Good dystopian sci-fi
Reviewed in the United States on January 15, 2021
Game of mass destruction is a dystopian sci-fi book written about Yuzuko. She is forced to take part in the game of mass destruction. It is a reality tv show hosting twenty contestant fighting robots. As Yuzuko participates in the 30th season, she has a chance to become a billionaire, but the route is not easy, and as she kills every robot, she gains points.

Yuzuko reminded me of the hunger games. As much as she tries to survive, she also stands up to Sia, the destruction game owner. The dynamic of the game was intense, and it was designed to win no matter what. For this reason, the story contained violent scenes, chaos, and death.
I found the book to be suspenseful and thrilling. The robots were exciting, and the game itself was fun to read; however, as nature was in a no-mercy- state, I found it hard to see how things were panning out. Secrets are revealed when Yuzuko faces the game show host, which affects her behavior as it is about her family.
I recommend this book to sci-fi readers and people who like the hunger games style of story.
Read more
Helpful
Report abuse
See all reviews
Back to top
Get to Know Us
Make Money with Us
Amazon Payment Products
Let Us Help You
EnglishChoose a language for shopping. United StatesChoose a country/region for shopping.
© 1996-2021, Amazon.com, Inc. or its affiliates