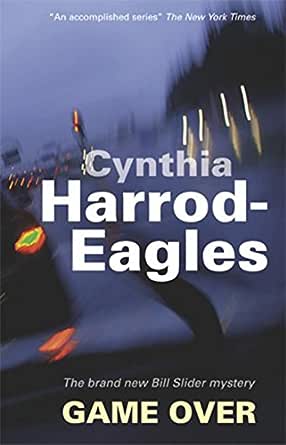 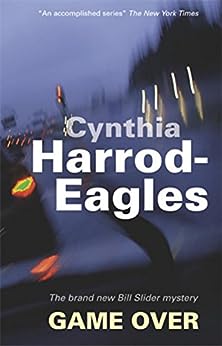 In Harrod-Eagles's elegant 11th Bill Slider mystery (after 2005's Dear Departed), the detective inspector investigates the murder of civil servant Ed Stonax, a former high-profile BBC correspondent, found dead with his skull smashed on the floor of his West London flat. Stonax had been looking into something to do with a building site in Scotland, but no one can break his computer code to find out exactly what. Meanwhile, Slider's ladies' man of an assistant, Jim Atherton, falls for Stonax's grieving daughter, Emily, and Slider and his musician love, Joanna, are trying to marry before their firstborn arrives. To complicate matters further, convicted murderer Trevor Bates (aka The Needle) is at large and threatening to get even with Slider. The various plot lines neatly intersect at the highest levels of government by the end of this appealing English whodunit. (June)
Copyright © Reed Business Information, a division of Reed Elsevier Inc. All rights reserved. --This text refers to the hardcover edition.

Terry Wale's pleasantly throaty narration of the latest police procedural featuring Detective Inspector Bill Slider is as British as tea and crumpets. Slider and his wisecracking detective sergeant search for the murderer of a disgraced BBC journalist. They're also tracking down an old enemy of Slider who is threatening him and his pregnant fiancée. Wale solidly portrays an array of characters--from a dapper police doctor and a high-society socialite to a working-class smart aleck. This is a gem of an audio for listeners who enjoy British mysteries. It's spiced with a bit of romance and sprinkled with quintessentially British slang. M.L.K. © AudioFile 2010, Portland, Maine --This text refers to the audioCD edition.

"Harrod-Eagles writes terrific crime novels, meshing fully realized characters with multilevel plot lines. The result is a pleasing combination of puzzle mystery and police procedural. This series will appeal to patrons who like Quintin Jardine, Stuart MacBride, and Barry Maitland", Library Journal --This text refers to the hardcover edition.

Cynthia Harrod-Eagles was born and educated in Shepherd's Bush, London and had a variety of jobs in the commercial world, starting as a junior cashier at Woolworth's and working her way down to Pensions Officer at the BBC. She won the Young Writer's Award in 1973, and became a full-time writer in 1978. She is the author of sixty successful novels to date, including the twenty-five volumes of the Morland Dynasty series.
www.billslider.com
--This text refers to the hardcover edition.

*Starred Review* The versatile Harrod-Eagles is a dab hand at everything from historical romances and sweeping family sagas to teen fiction and police procedurals, and her latest book, another winning entry in the Bill Slider series, shows off her writing skills to perfection. Slider is soon to become a husband and, shortly afterward, a father, because his fiancée, Joanna, is expecting their first child. But when journalist Ed Stonax is murdered, Slider must shift his priorities. Stonax was a respected newspaperman who resigned to join the government. Shortly afterward, he and a colleague were photographed in a compromising situation with a young woman, and Stonax suffered a spectacular fall from grace. Now he is dead, and Slider must find his killer. On top of that, Slider’s old nemesis, arch-criminal Trevor Bates, has started a campaign of taunts and intimidation designed to annoy Slider—or worse. Suddenly, Slider is juggling concern over Joanna’s pregnancy, death threats from Bates, and one of the most complex murder cases of his career. A bit slow to start, the story soon picks up speed and rumbles along to a satisfying finish. Like John Harvey’s Charley Resnick, Slider’s mix of toughness, sensitivity, and melancholy works on all levels. --Emily Melton --This text refers to the hardcover edition.
Read more