Add to Cart
$13.35
+ Free Shipping
Sold by: Firepods General Store
Add to Cart
$13.53
& FREE Shipping on eligible orders. Details
Sold by: Amazon.com
Have one to sell?
Sell on Amazon 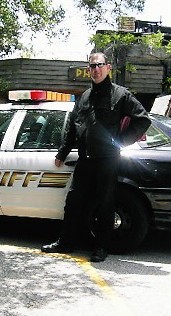 "A compelling mix of highly credible detail, tactics, procedures, and all striated into the political games that the intelligence services play. Highly Recommended." —Shots Mag

"Terse, tense and vivid writing. Matt Johnson is a brilliant new name in the world of thrillers." —Peter James, author, Need You Dead

“[Johnson] is a master at creating fullblown characters and building suspense through nonstop action.” —Booklist

Matt Johnson served as a soldier and Metropolitan Police officer for twenty-five years. Blown off his feet at the London Baltic Exchange bombing in 1993, and one of the first police officers on the scene of the 1982 Regent’s Park bombing, Matt was also at the Libyan People’s Bureau shooting in 1984 where he escorted his mortally wounded friend and colleague, Yvonne Fletcher, to hospital. Hidden wounds took their toll. In 1999, Matt was discharged from the police with Post-Traumatic Stress Disorder. While undergoing treatment, he was encouraged by his counsellor to write about his career and his experience of murders, shootings and terrorism. One evening, Matt sat at his computer and started to weave these notes into a work of fiction that he described as having a tremendously cathartic effect on his own condition. His bestselling thriller, Wicked Game, which was shortlisted for the CWA John Creasey (New Blood) Dagger, was the result. Deadly Game and End Game, the final books in the Robert Finlay trilogy, soon followed suit, and once again draw on Matt’s experiences and drip with the same raw authenticity of their predecessor.