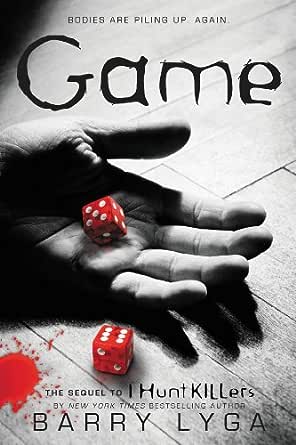 You've subscribed to I Hunt Killers! We will preorder your items within 24 hours of when they become available. When new books are released, we'll charge your default payment method for the lowest price available during the pre-order period.
Update your device or payment method, cancel individual pre-orders or your subscription at
Your Memberships & Subscriptions 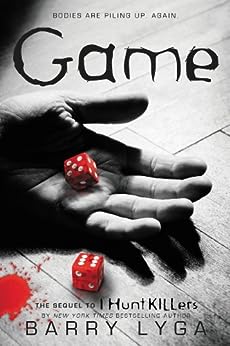 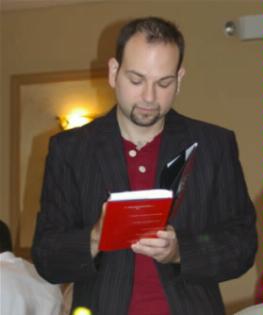 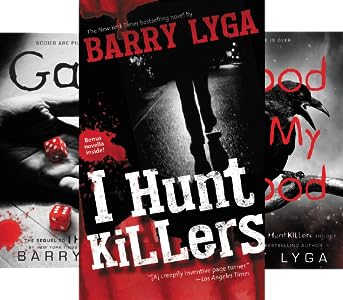 *Starred Review* Billy Dent, the serial killer introduced in I Hunt Killers (2012), is on the loose. But the timing of his escape means he can’t be behind the 14 murders attributed to New York City’s Hat-Dog Killer, so nicknamed because of the alternating symbols he carves into his victims’ flesh. Jazz Dent, 17, is called upon by the NYPD to offer insight only the son of a serial killer can provide, and he quickly assesses that Hat-Dog is playing some sort of game. But what are the rules? When finally revealed, the game seems slap-yourself-on-the-forehead obvious yet orchestrated so cunningly that rare indeed will be the reader who figures it out early. Along the way, Lyga pulls off two neat tricks. First, he inverts the usual YA goal to lose one’s virginity, with Jazz terrified that giving into desires will be the “ignition moment” that sparks bloodlust. Second, Lyga continues to navigate that thinnest of tightropes: a hero we root for even as he manipulates people as ruthlessly as his pop. A parallel plot starring Jazz’s girlfriend does include some unlikely clue-solving and plenty of are-you-nuts?! behavior. Even so, you can’t deny Lyga’s ambition to craft the most serious (and bloodiest) crime series yet for teen readers. HIGH-DEMAND BACKSTORY: With ABC Family about to swing into production on a I Hunt Killers TV show, interest in this series, already significant, will stack up faster than a pile of bodies. Grades 10-12. --Kraus, Daniel --This text refers to an out of print or unavailable edition of this title.

Gr 9 Up-The Hat-Dog killer is on the loose in New York City, and Detective Hughes convinces 17-year-old Jazz Dent to fly in from Lobo's Nod and help solve the case. In I Hunt Killers (Little, Brown, 2012), Jazz helped police capture the Impressionist, a copy-cat killer mimicking the infamous sociopath, Billy Dent-Jazz's own father. In this episode, a series of murders in peaceful Brooklyn neighborhoods is occurring with gruesome similarities, including disemboweled victims who are also cut with images of either a dog or a hat. To compound the suspense, Billy has broken out of prison and may or may not be at the heart of this new reign of terror, testing his son's ability to piece together a new "game." Chilling random chapters from the killer's point of view allow readers to know things that Jazz has yet to figure out. The teen's internal dialogue often questions whether he really has "good guy" genes or has inherited his father's dark side, just waiting to present itself. His nerdy best friend, Howie, and girlfriend, Connie, keep him grounded in the real world that includes caring for an unpredictable grandmother with Alzheimer's disease. While Jazz is a well-developed, endearing character with a conscience, this dark psychological thriller will appeal to fans of television's Dexter Morgan, but with its focus on killing, sociopathic behavior, and sexual violence, it's best for mature high school readers.-Vicki Reutter, Cazenovia High School, NYα(c) Copyright 2011. Library Journals LLC, a wholly owned subsidiary of Media Source, Inc. No redistribution permitted. --This text refers to an out of print or unavailable edition of this title.

Barry Lyga is the author of several acclaimed young adult novels, including Bang, After the Red Rain, the I Hunt Killers trilogy, and his debut, The Astonishing Adventures of Fanboy and Goth Girl. Barry lives and writes in New Jersey, and invites you to visit his website at barrylyga.com. --This text refers to the paperback edition.

* "[The game is] orchestrated so cunningly that rare indeed will be the reader who figures it out early...You can't deny Lyga's ambition to craft the most serious (and bloodiest) crime series yet for teen readers."―Booklist, starred review

"The main differentiator between this and adult thrillers is the age of the protagonists. As such, it's a riveting story for any reader capable of handling the violence, as Lyga juggles multiple points of view and elegant shocks and twists...The character arcs are as fascinating as the gruesome murders."―Publishers Weekly --This text refers to the paperback edition.
Read more