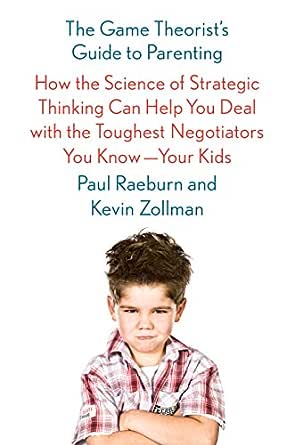 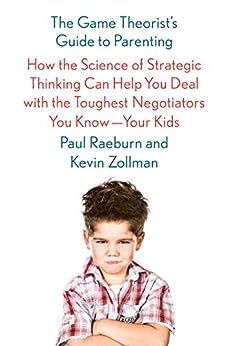 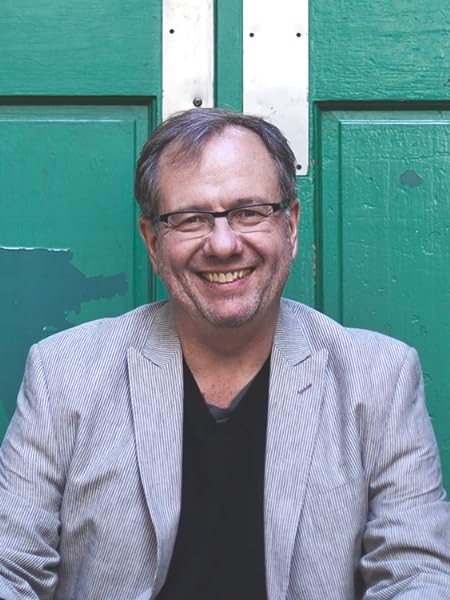 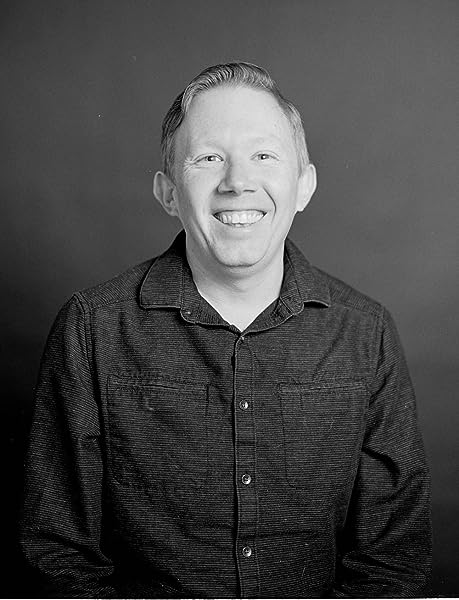 The Game Theorist's Guide to Parenting: How the Science of Strategic Thinking Can Help You Deal with the Toughest Negotiators You Know--Your Kids Kindle Edition

"Unlike most parenting books . . . this one is based on actual research into how humans behave . . . in the home it should increase the odds that there will be less whining for all involved." ―Laura Vanderkam, The Wall Street Journal

"[Raeburn and Zollman] join a welcome trend of academics pairing up with writers (or comedians!) to create a true crossover offering, one that marries rigorous research and real scholarship with a compelling style and narrative arc that human beings actually want to read on purpose." ―Rebecca Schuman, Slate

"Kids are master manipulators. They play up their charms, pit adults against one another, and engage in loud, public wailing. So it’s your job to keep up with them . . . The Game Theorist’s Guide to Parenting . . . explains how." ―Chelsea Leu, Wired

"[Notes] all the ways dealing with kids might go more smoothly if only parents knew a little bit about game theory." ―Leanne Italie, Associated Press

"Raeburn and Zollman’s book is a bible for every parent―and every adult who must make decisions with his or her peers." ―Courtney Linder, Pittsburgh City Paper

"Suggests that tactics commonly used in business and economics transactions―a framework of strategies known as game theory―could help parents engage with their children with more confidence and success . . . [Raeburn and Zollman] offer parents a unique set of guidelines for defusing disagreements by using strategies that encourage the entire family to work together toward a common goal." ―Mindy Weisberger, Live Science

"Raeburn and Zollman put the math on the back burner and bring the commonsensicality of the theory to the fore . . . There is a fluid, natural feel to the authors' examples . . . Tantalizing perspectives on cultivating sharing, honesty, and cooperation via game theory." ―Kirkus Reviews (starred review)

"Of the many parenting books on the market, it's fair to say only one invokes vampire bats and the Doomsday Machine. Not that The Game Theorist's Guide to Parenting is all bloodsucking and mutually assured destruction: It uses strategic thinking and science to help parents navigate such dreaded children's chestnuts as 'He started it!' and 'Are you saying you don't believe me?' . . . The advice they offer is grounded in reality―if derived from unexpected sources." ―Mike Doherty, Maclean's

"With a light touch and sure-footed mastery of both child-rearing and economics, Raeburn and Zollman bring humor and verve to a serious subject: How to negotiate with your kids in a way that will leave everyone . . . well, not happy, exactly, but with a sense of being treated fairly and with mutual respect. Read it and count on fewer fights at the dinner table, the TV room, and the back seat of the car!" ―Robin Marantz Henig, Contributing Writer, The New York Times Magazine; coauthor, with Samantha Henig, of Twentysomething

"The small transactions of parenting―sharing, dividing, collaborating and compromising―are fraught with peril. Solutions that feel fair are not always just, particularly in the eyes of our children. Paul Raeburn and Kevin Zollman achieve two incredible feats in The Game Theorist's Guide to Parenting: they helped me find a way to be fair and just in my parenting while teaching me the basics of game theory. I absolutely loved this book, both as a parent, and as a nerd." ―Jessica Lahey, author of the New York Times bestseller The Gift of Failure: How the Best Parents Learn to Let Go So Their Children Can Succeed

"The Game Theorist's Guide to Parenting will teach you useful strategies from the world of game theory to add to your parenting repertoire. Even game theorists will marvel at Raeburn and Zollman's ability to elucidate deep ideas and turn them into practical rules of thumb for raising children. Humorous, informative, and practical―you should even let your kids read it!" ―Scott E. Page, Leonid Hurwicz Collegiate Professor of Complex Systems, Political Science, and Economics at the University of Michigan

Paul Raeburn is a blogger, media critic, writer, and the author of several books. He contributes to Discover, Scientific American, the New York Times Magazine, the Huffington Post, and Psychology Today, among many others. Raeburn is a former senior editor and senior writer at Business Week and former science editor and chief science correspondent at the Associated Press.

Kevin Zollman is a game theorist and an associate professor of philosophy at Carnegie Mellon University who has authored over thirty peer-reviewed papers applying game theory to a wide variety of topics. His work has been covered in the Wall Street Journal, the New Yorker, Scientific American, and elsewhere. --This text refers to the audioCD edition.