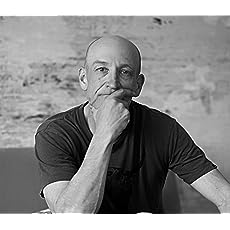 Gary has been working in the business of thinking and ideas for 20 years. Gary's innovative approach to problem solving, innovation, marketing, brand, strategy and performance has him speaking to organizations and individuals in all parts of Australia to help challenge their traditional way of thinking in order to successfully unlock their great ideas. In order to truly innovate and develop breakthrough ideas, you need to think differently, and that is what Gary is all about. He has a simple, straightforward approach to thinking differently and has been enthusiastically received by audiences throughout Australia, as well as other continents around the world. It also earned him the 2007, 2008 & 2010 Speaker of the Year award from The Executive Connection.

A former marathon runner, Gary co-founded a charity called The Tour de Cure which is a cycling foundation that since its inception in 2007, has raised in excess of $8 million dollars and many millions of dollars in awareness to help the fight against cancer. He has also founded a charity called 6Strings4Cancer which brings music to the bedside of those going through treatment for cancer.

Gary is like a shot of adrenalin to the right side of your brain - Dan Meiklejohn, Director of Sales and Marketing, SCA Hygiene Australasia, New Zealand. 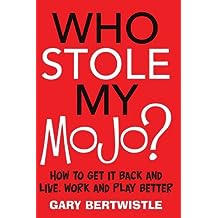 Who Stole My Mojo?: How to Get It Back and Live, Work and Play Better Apr 1, 2011
by Gary Bertwistle
( 3 )
$9.99
Everyone loses it from time to timetheir magic, charm, vitality, zest, drive, spirit, and passion. This book explains how to get it back, and how to avoid losing it again.
When someone is feeling flat, bored, uninspired, or lacking motivation, chances are they have lost their mojothat spark that makes the difference between having just a good day and having a great day. For anyone who needs a kick start in their life, whether it's lifestyle, diet, exercise, relationships, work challenges, or the ability to get out of bed a half hour earlier in the morning, this guide provides a common sense approach to put the zest back into life. Loaded with practical tips and tools from real people who have been there, done that this resource is designed to help anyone return and retain their mojo, for good.
Read more
Other Formats: Paperback , Mass Market Paperback 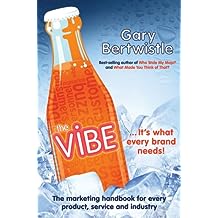 The Vibe: The Marketing Handbook for Every Product, Service and Industry Sep 9, 2010
by Gary Bertwistle
$23.00
While most companies claim to have a brand, only a few make an authentic connection with customers or clients. The rest simply have a logo that gets slapped onto the side of a truck or onto a shirt. Today it's brands that will thrive and survive, and to build a brand, you need to create the right vibe around your business.In The Vibe Gary Bertwistle shares his secrets, stripping away the jargon and highlighting the essential thinking required before you spend time, money and energy on promotion and advertising. Whether you're a commercial, industrial, retail or service company, this book gives you the tools to create a powerful brand in the minds of your customers.
Easy to understand, practical and relevant for businesses of all sizes, with real examples of Australian businesses -- The Vibe is what every brand needs!
Read more
Other Formats: Paperback 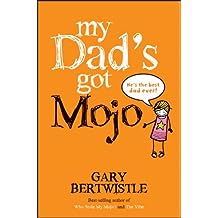 This inspiring, easy-to-read book from the best-selling author of Who Stole My Mojo? shows you how to set the right tone, example and environment for your kids to give them the very best introduction to life. That's the difference between being a good dad and being an outstanding dad - a dad with mojo.

My Dad's Got Mojo is the book for regular guys who want to raise happier, healthier and more creative kids. If you want to be the best dad you can be, start thinking differently, have fun, laugh and get your mojo going! 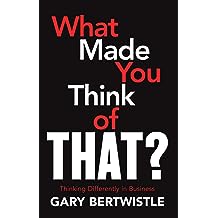 What Made You Think of That?: Thinking Differently in Business Jul 21, 2010
by Gary Bertwhistle
$9.99

From a marketing guru, practical set methods for coming up with bright ideas and answers to problems and issues that arise in both work and play

With this simple, easy-to-understand guide, readers can unlock their own great ideas and those great ideas lurking in the people or company around them. Some people consistently seem to have original and different ways of approaching problems, ideas, or opportunities while some individuals and companies see opportunities where others can't. This book is both an explanation and celebration of the methods those people use for thinking differently. It provides readers with a true understanding of how imagination and creativity works with plenty of tips, tools, and real life stories to illustrate just how easy it can be. Practical steps are included to guide leaders in creating an organization that empowers its entire staff, from CEO to casual employees, to think differently about every aspect of the business, thus leading to better solutions for customers or clients and ultimately greater success. There has never before been a more important time for every individual and every company to be thinking differently about themselves and their business.