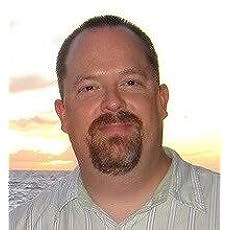 Gary M. Nelson, BSC, PMP (Gazza) is passionate about sharing knowledge and making Project Management concepts more accessible, particularly to new and aspiring Project Managers (of all ages). Said another way, he likes to tell stories to help convey complex concepts in a way that helps the concepts "stick". Who says learning shouldn't be fun?

Born in Calgary, Alberta (Canada), Gary moved west to B.C. at the very early age of 2, where he spent most of his formative years - aside from a 6 year stint where he learned to appreciate living in a very small town of 800 people. He then attended high school in Surrey, B.C. and went on to graduate from Simon Fraser University (BC, Canada) in 1989 with a major in Computing science and a minor in English - an odd but useful mix (a techie who can write clearly)!

Gary was tricked into becoming a Project Manager by his first manager, and has never looked back. His international experience includes projects in New Zealand, Taiwan, Hong Kong, the US and Canada, working on projects in the Telecom, Student Information Systems, Local Government and Healthcare sectors.

Having wanted to write books since high school, it took many long years of successful procrastination until he finally felt he had something useful to write about, and wrote his first book of stories in 2012...on Project Management, of all things. Next, presented with the terrifying challenge of writing for children, he enlisted his youngest sons to be the first victims (reviewers and editors) and the Project Kids series of books were born. Several years on, he is amazed to see the books being translated into multiple languages, and reaching into schools and homes around the world.

He enjoys speaking and training, has presented at numerous events and conferences and is also the author and host of Gazza's Corner Project Management Blog and Podcast.

Gary currently lives in New Zealand with his wife, three sons and two cats, and is loving every bit of it.
Read more 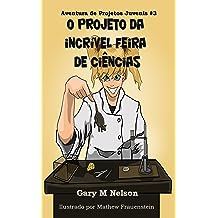 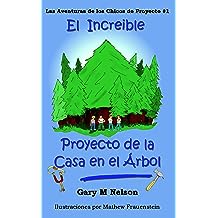 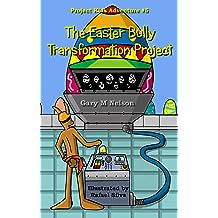 The Easter Bully Transformation Project (Project Kids Adventures Book 5) Apr 9, 2017
by Gary Nelson , Rafael Silva
$4.99
The Project Kids really have their work cut out for themselves this time. After Peter Johansen nearly destroyed the Valentine’s Dance, you might expect the Project Kids to be glad to see the last of ‘Pimple Pete’. So why are they reaching out to him - and what do they hope to achieve?

As one small idea takes on a life of its own and one of their own is struck down in their prime, they find themselves struggling to answer one simple question: Can they actually un-bully a bully? …And should they even try?

The answer lies in an unexpected place…and not even the Easter Bunny can help them.

Parent/Teacher Note:
This next book in the Project Kids Adventures series sees the kids tackling several interrelated projects at once.

While carefully investigating the reasons behind Pimple Pete’s bullying behavior, they find themselves engaged in a cause that extends well beyond the school and their community. 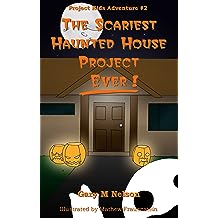 The Scariest Haunted House Project - Ever! (Project Kids Adventures Book 2) Mar 10, 2014
by Gary Nelson , Mathew Frauenstein
( 4 )
$4.99
With last summer’s adventure in the Ultimate Tree House now a fading memory, Amanda is finding it hard to adjust to Middle School. New faces, new teachers, stuck in a different class than her friends - and if that wasn’t bad enough, now she is a “little kid” again. How much more of this could she take?
Meanwhile, Ben is on top of the world and enjoying school with his friends. His sister is in a different school and finally out of his hair - life was great!
All of this changes when a surprise announcement brings the Project Kids back together in a two-school competition to build the best Halloween display. Armed with Vampires, Goblins, Zombies, Ghosts and the lessons they learned on their previous adventure, it seems like there is no way they can lose!
This book builds on the Project Management concepts learned in The Ultimate Tree House Project, with a few more key lessons to help them handle more complex projects. Forced to handle constant changes, near-disasters and an immovable deadline, it is going to take their very best to get their project completed on time.
Join the Project Kids as they embark on their bravest adventure yet – to build the Scariest Haunted House – Ever. The kids get started on the project and soon learn that it is not just Haunted Houses that can be scary!
Read more
Other Formats: Paperback 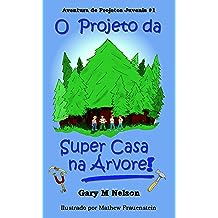 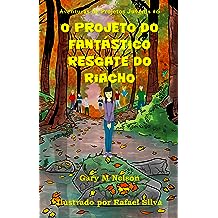 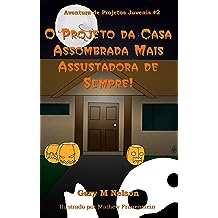 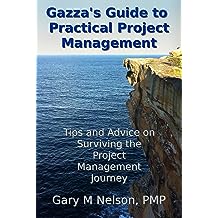 For most people, we remember things best when they are accompanied by music, or are part of a story. While there is no musical score to this book, there are plenty of project management lessons wrapped in entertaining stories to help the concepts stick. Featuring popular episodes from Gazza's Corner blog and all-new content, this book addresses the four main stages of typical projects: Initiation/Planning, Execution, Closeout and Project Control.

What you will find in this book:

- Learn about the importance of the Project Kickoff - and why you need a Monkey to help you through it.
- Need to create a new Project Plan? Learn to write it as a story based on lessons learned from a famous author.
- Writing requirements? Learn how to develop exceptional ones through lessons learned from Ice Cream - and the Spice Girls.
- Implementing Organizational Change? Learn how to do it successfully by growing a Desert.
- Learn about the essentials of Risk Management from a pocket umbrella in the heart of the Australian Desert.
- You can't get there from here: tips on getting things done, in spite of it all.
- A playful theory on the origin of writing - and why it is so important that we write stuff down.
- Working with Virtual Teams or Volunteers? Read key lessons on working with both types of teams.
- And many other topics. 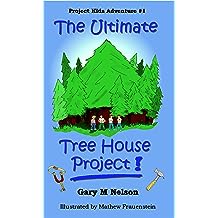 The Ultimate Tree House Project (Project Kids Adventures Book 1) Mar 29, 2013
by Gary Nelson , Mathew Frauenstein
( 7 )
$2.99
10 year old best friends Ben, James, Tim & Tom find the perfect tree in a forest near their school and begin to build the Ultimate Tree House. Things start with a bang, and get even worse when Ben's sister Amanda discovers them working on their secret tree house. Next thing they know, the girls are building their own - in the same tree - and it looks even better than the boy's! How are they doing it? What is their secret weapon? After the accident, everything changes and the boys are forced to team up with the girls - as if that would ever work!

This book introduces basic Project Management concepts to children through an entertaining, funny story and simple lessons taught to one of the children by her father who is (of course) a Project Manager. She applies what she has learned and suddenly the girls are leaping ahead of the boys who had just "started building" - without a plan. 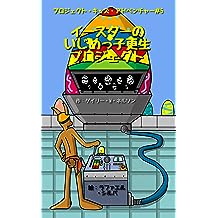 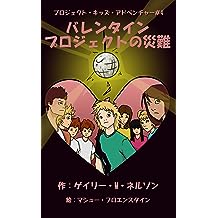 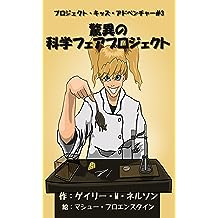