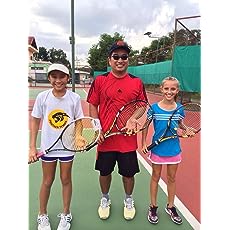 ITF Senior Doubles Ranking 69 in Men's 45 with a Mixed Doubles Ranking of 68 and highest singles ranking of 311, Hawaii Tennis Pro, Gary Sakuma, is an active player and teacher.
A graduate of the University of Southern California in Biology with a minor in Chemistry, he went on to become a high school science teacher. He started coaching tennis at Kalani High School in Oahu, Hawaii in 1991--where they won an OIA Championship in Soft Tennis. He became certified in 1995 and the Head Pro at Tradewinds Tennis Center at Hickam Air Force Base where he developed the juniors and adult programs--he coached two women Honolulu Tennis League C teams to first and second place. His summer work was at Punahou Schools where working with Peter Burwash International style programs polished out his understandings of beginners to intermediate tennis. Later, he got to develop Top Gun--their high performance program. Once again, fortune smiled on him. He coached Boys Jv and switched to Girls after two years--the rationale--the boys always won--and they still do. But switching to the girls, and having been the boys the JV coach, he created a combo program--the former JV boys would come and play with the JV girls in clinics and really help accelerate their development. Gary later became the Intermediate Coach, the JV Coach, and the Assistant Varsity Coach, he would teach P.E. classes and target the athletic girl students and have them join tennis--Scout ended up playing for Northridge--a soccer girl turned to tennis. When working with the Intermediate (age 11) players, the game had to be explained and then, worked on. Teaching them like students wasn't working so he developed games to teach the strategies--the games would have ways to win that followed our strategies--simple tennis system began.
Read more 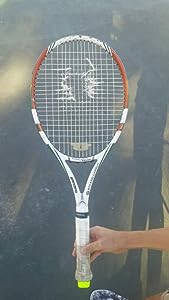 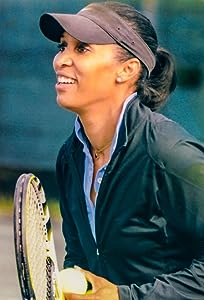 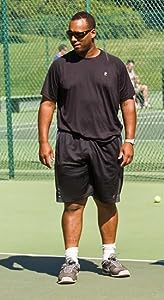 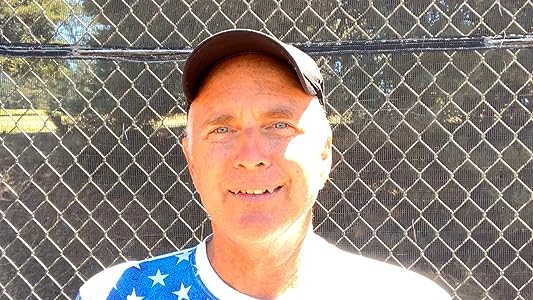 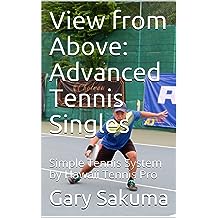 View from Above: Advanced Tennis Singles: Simple Tennis System by Hawaii Tennis Pro (How to Play Singles Book 3) May 1, 2018
by Gary Sakuma
( 3 )
$9.99
Hawaii Tennis Pro builds upon the Simple Tennis System by showing players how to see tennis as an Open player sees the game. Have you ever wondered what the pros think as they are about to serve? Have you ever marveled when the ball is struck at 100 miles an hour and the player responds with an equally fast shot? This book sets you up with an analytical system to see your opponent, see your own game, and goes through advanced game plans detailing serves, returns, groundstrokes, and specialty shots. The book will have you ready for any player or any shot.
Read more 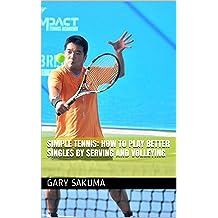 Simple Tennis: How to Play Better Singles by Serving and Volleying (Think Don't Just Play Book 5) Nov 21, 2017
by Gary Sakuma
( 1 )
$6.99
The Simple Tennis series first dealt with singles and doubles, now we take a look at how to serve and volley to improve your singles game. This book deals with the nuances of serving and volleying--positional consideration, tactics, and how to read and react to your opponents. We systematically break down the strategy to something anyone can understand.
Read more 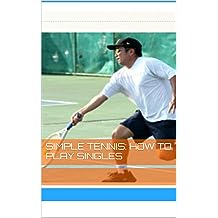 Simple Tennis: How To Play Singles (Simple Tennis: Hawaii Tennis Pro Book 1) Nov 19, 2016
by Gary Sakuma
( 3 )
$6.99
Simple Tennis focuses on creating a system of playing singles so that wherever the ball lands, you know what is the right shot. Hawaii Tennis Pro discusses how to move up the NTRP ladder, tactics, fitness, nutrition, and the mental side of training to become the best tennis player you can be
Read more 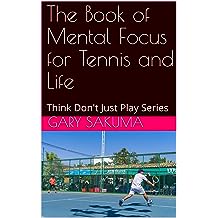 The Book of Mental Focus for Tennis and Life: Think Don't Just Play Series (Simple Tennis 2) Jun 25, 2017
by Gary Sakuma
( 1 )
$7.99
The Simple Tennis series by Hawaii Tennis Pro presents a book on focusing mentally to play better matches. It has ideas and rituals for improved personal experience in tennis and life.
Read more 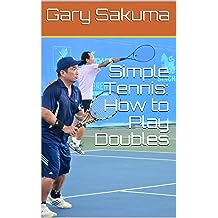 Simple Tennis: How to Play Doubles Sep 27, 2017
by Gary Sakuma
( 2 )
$7.99
This is the Simple Tennis method made popular by Hawaii Tennis Pro--it teaches you how to play doubles from beginner to advanced.
Read more 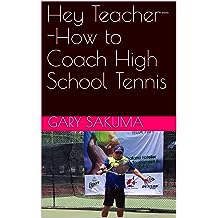 Hey Teacher--How to Coach High School Tennis (Simple Tennis Book 4) Sep 26, 2017
by Gary Sakuma
( 1 )
$6.99
This is for the teachers out there that became tennis coaches and for tennis coaches, that want drills to develop large group of players and for coaches that want to learn how to manage a winning team.  As former OIA Soft Tennis Champions 1992, Girls Junior Varsity Champions 1996-2002, Girls Varsity Champions 2003-4, and Girls State Champions Hawaii 2003-4, I speak from experience.  If you want to take your team to the next level, get this book.
Read more 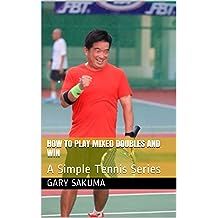 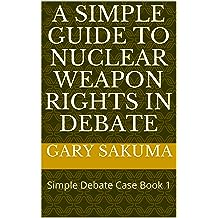 A Simple Guide to Nuclear Weapon Rights in Debate: Simple Debate Case Book 1 Apr 4, 2017
by Gary Sakuma
$2.99
The Simple Debate Case Book on nuclear weapons is a simple book outlining how to run a case on THW give every country the right to nuclear weapons. It outlines key arguments, sets up the Prime Minister, Leader of Opposition, Deputy Prime Minister, and Deputy Leader of Opposition speeches and ends with key issues. It's a great guide to setting up the case and running the debate.
Read more 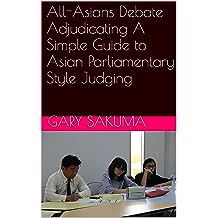 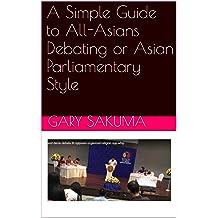 A Simple Guide to All-Asians Debating or Asian Parliamentary Style (Simple Debate Book 1) Jan 16, 2017
by Gary Sakuma
$2.99
This is a simple guide to Asians Parliamentary Debating style. It is written to give teachers and students a fundamental understanding of the rules of debating this style. It will take a student through everything they need to know about the basic rules of the debating and what will happen in their first tournament.
Read more