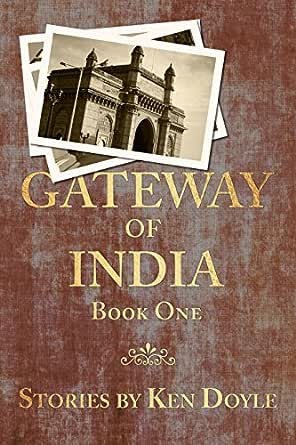 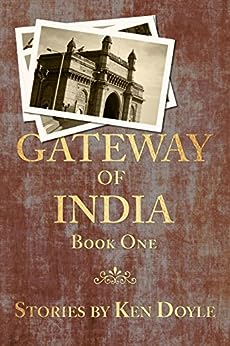 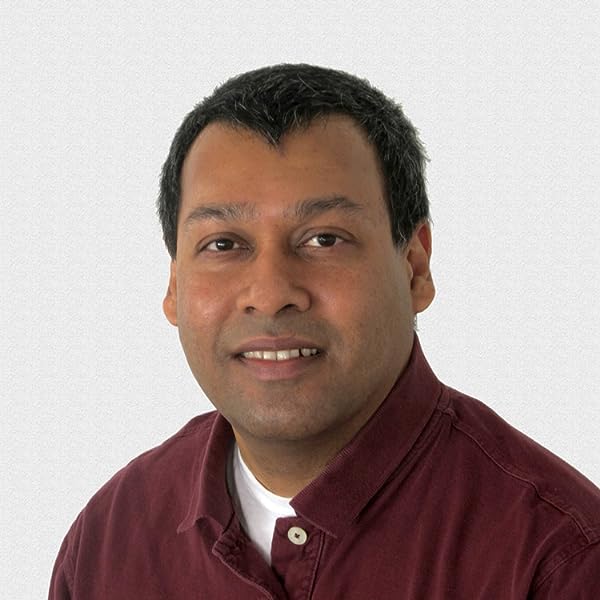 "Withthe essence of Bombay (currently called Mumbai), considered one of thewealthiest cities in India, [the book] gave me a view of the other parts of the cityand those surrounding it where everyday people live. Each story carried itsown weight, but Doyle helped to make a fluid transition from one story tothe next."

Ken Doyle was born in Bombay, India, into a family with Portuguese and Anglo-Indian roots. He moved to the USA for graduate studies and currently lives in Madison, Wisconsin with his family. His first collection of short fiction, Bombay Bhel, was published in 2013 and was followed by Gateway of India in 2015. His other projects include literary fiction and science fiction for young adults.

Amazon Customer
5.0 out of 5 stars The Essence of Living in Mumbai
Reviewed in the United States on November 8, 2015
Reviewed by Vernita Naylor for Readers' Favorite

Gateway of India: Book One by Ken Doyle is a collection of three stories against the backdrop of Bombay and the surrounding Indian cities. The stories, like the cities, interlink together to create the backdrop of the times. Story One: Dr. Frank Rebello loves his patients; he makes house calls and services them at his flat. He is aware of the economic condition of his patients so he does not accept payment. Despite his passion for his profession and his patients, Dr. Rebello is retiring. He and his wife will be going to another city to enjoy their retirement; does he settle down and retire in this new city? In Story Two, Dr. Rebello asks his assistant, Suketulal, to come with him and his wife to the new city, but he refuses because he believes that he is much needed by the new doctor. As the new doctor begins to see Dr. Rebello’s former patients, he begins to lose business because he does not possess the same care and passion that Dr. Rebello had - so now Suketulal must seek employment. In Story Three, Inspector Pathak of the Nagpada Police Station is the cousin of Suketulal. Inspector Pathak, since his promotion as an inspector, is occasionally given special top-secret assignments from Senior PI Wadekar. This time Inspector Pathak would be assigned to Yerawada jail to get additional information, allegedly for a movie, from a high profile prisoner, Damle, with the promise of obtaining a substantial commission for his services. Will Inspector Pathak get the story and be able to collect the money?

I enjoyed reading Gateway of India: Book One by Ken Doyle. With the essence of Bombay (currently called Mumbai), considered one of the wealthiest cities in India, it gave me a view of the other part of the city and those surrounding it where the everyday people live. Each story carried its own weight, but Ken Doyle helped to make a fluid transition from one story to the next story. Ken did a great job in bringing these short stories together and I am looking forward to reading more from him.

Sandra
4.0 out of 5 stars Gateway of India
Reviewed in the United States on January 18, 2015
Gateway of India was a collection of three short stories by Ken Doyle. The first story involves a doctor and his wife. The doctor is finally retiring and leaving the city. This should be a joyous time in their lives but the couple is facing an enormous crisis that will shape their future. The second story involves a doctor's assistant who loses his job and is forced into another line of work. One day he makes a choice that will forever alter his life. Finally, we meet a police inspector who is faced with an assignment that could be quite lucrative but things don't always go as planned.
These stories were all connected by a type of "six degrees of separation". I enjoyed the first two stories very much. The third and last story didn't grab me like the first two. This was a book about ordinary people in ordinary situations and the decisions that they make that go on to shape their future.
Read more
One person found this helpful
Helpful
Comment Report abuse

Israel DrazinTop Contributor: Children's Books
TOP 500 REVIEWERVINE VOICE
4.0 out of 5 stars Fascinating and enjoyable stories
Reviewed in the United States on May 11, 2015
This easy to read and interesting book contains three short tales, two 17 pages long and one only 15. The stories are Escape to Calangute, First Do No Harm, and Larger than life.
In Escape, a doctor decides to retire and leave Bombay with his wife and settle in Calangute. He says he has given up being a doctor. He doesn’t even want to take any medical books with him. It soon becomes clear that he made the decision because his wife is dying of cancer. In Calangute, he is offered a job as the head of a clinic that will give medical care to people who cannot afford hospital costs.
In First, a bus conductor sees people being mistreated and acting improperly almost daily, but he feels he should not get involved. Then one day he does get involved and ends up in prison.
In Larger, Inspector Pathal is assigned to obtain information about the life history of a criminal who is currently incarcerated. He is given the job because the film industry wants to make a film about the man and is willing to pay the police for their help in getting information for them. The criminal agrees to tell Pathal all he wants to know on the condition that Pathal helps him get surgery to reduce his stomach. He is so fat that he is in danger of dying. He is unable to diet because after many years he has become accustomed to eating rich foods, Pathal agrees. There is a surprise ending.
Read more
2 people found this helpful
Helpful
Comment Report abuse

Sue Hewitt
4.0 out of 5 stars I really enjoyed reading Ken Doyle’s collection of linked
Reviewed in the United States on April 23, 2015
I really enjoyed reading Ken Doyle’s collection of linked, contemporary short stories. For a while I was transported to a continent and tantalized by hints and elements of a culture I have no experience of other than the things I hear, see or read in mainstream UK media or from literature written about or during the time of colonialism. I only wish there had been more.
The kindly doctor travelling to Goa with his wife, what happened to him after the story ends? Did the bus conductor get justice, and if he did, did he leave Mumbai and join his onetime employer and friend? Was the Bollywood movie about the brothel owner ever made? Does the police inspector achieve his goals?

Ken gives his reader a glimpse into Indian culture which, somehow, debunks and yet confirms an outsider’s imagined image of the country of his birth – to do both, at the same time, convincingly, is indeed an accomplishment.
Read more
One person found this helpful
Helpful
Comment Report abuse
See all reviews from the United States

Ricardipus
5.0 out of 5 stars Beautifully observed gems of city life in India.
Reviewed in Canada on September 23, 2015
Verified Purchase
Once again, Ken Doyle has provided us with some beautifully-observed vignettes of life in India's big cities. Similar to his earlier collection, Bombay Bhel, a diverse suite of characters make their way through the busy, sometimes dangerous, sometimes beautiful streets and neighbourhoods. Rich, emotional, and evocative, this first book is a satisfying read, and makes me want to explore the upcoming Book Two.
Read more
Helpful
Sending feedback...
Thank you for your feedback.
Sorry, we failed to record your vote. Please try again
Report abuse