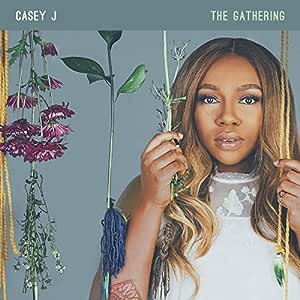 2019 release. Atlanta-based worship leader and former elementary school teacher Casey J. (Hobbs) grew up in a house filled with God's Word, watching as her grandmother hosted Bible studies and home church groups. That mantle for sharing the Gospel outside of traditional church settings rests on Casey who began holding pop up worship events in public places. With vulnerability and joy, Casey shares Jesus through song, inviting all to join her in worship, whether on the grass in a park, at a festival or her local church. Casey released her first album, The Truth, in 2015, selling over 80,000 units (physical/digital). The album earned her two Dove Award nominations and a Stellar Award win for New Artist the following year. Her new album, The Gathering, is a joint global release by Integrity Music and Tyscot Records as part of a new collaboration by the indie labels. The Gathering is a live album that brings to life the beauty and power of corporate worship in an unrestrained, organic form and eclectic style that mixes Gospel, Pop and Americana influences.