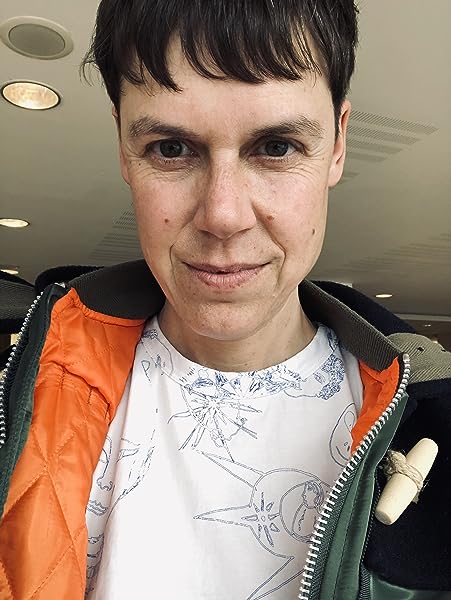 by Isabel Waidner (Author)
3.7 out of 5 stars 7 ratings
See all formats and editions
Sorry, there was a problem loading this page. Try again.
Read more Read less
Previous page
Next page

This has been a sensational year for experimental fiction. Realism maintains its mainstream hegemony, dominating bestseller lists and festival stages, and sunbathing in bookshop windows with the celebrity biographies, but the continuing rise of small presses provides readers with alternative options. These low-overhead, high-principle outfits are currently leading the field in literary innovation.

Isabel Waidner’s Gaudy Bauble is impishly entertaining. As if dissatisfied with the stolid detective plot that might otherwise propel her novel forwards, Waidner prioritizes more enticing, peripheral occurrences – the history of a rug; the chemical formula for the material from which dentures are made. The book’s objects appear to refuse their object status, choosing instead to become characters. A printed head motif on a sweatshirt becomes a trans-army; a figurine becomes the “Gold­SeXUal StatuEtte”, waving away even the polite conventions of standard capitalization. According to the novel’s blurb, Gaudy Bauble “stages what happens when the disenfranchised are calling the shots”. The disenfranchized in the text, the plot parts and descriptive window-dressing that stage this takeover bid, represent the gay, the transgender, the queer. Waidner’s prose style is joyously camp in its excesses, and, among the kitsch bric-a-brac of the ordinarily disenfranchized detail, histories of queer culture infiltrate the text. Take for example the section about the zoomorphic taxonomy of male gay culture, with its “bears”, “otters” and “cubs”. Waidner wonders if there has been “a lesbian equivalent to the historical, hysterical, galvanising, generative, prolific, prohibitive, empowering, limiting, liberating, inclusive, exclusive, offensive” phenomenon. No, there has not, she concludes, but had there been, “we could have been fruit flies. Jellyfish. Carnivorous plants”. This is, however, a staid list by the standards of Gaudy Bauble, in which lesbians can find identity beyond the limits of the “natural” world. Here they are fibreglass models of canaries with bicuspid teeth that double as Pac-Man ghosts.
Read more
Report abuse
See all reviews