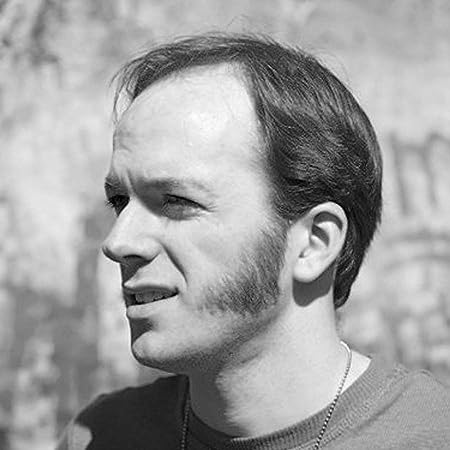 Gavin Masters is a washed-up, Jewish-Canadian actor who lives in the frigid wastelands of Canada. He is also the author of the Bordertown Chronicle series. To learn more, visit: bordertownchronicle.com 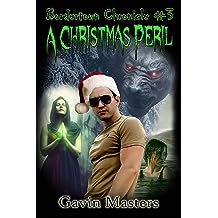 A Christmas Peril (Bordertown Chronicle Book 3) Dec 23, 2019
by Gavin Masters
$5.99
Gavin would swear his ex-girlfriend just screamed for help, from somewhere deep in the Mourningwood. Strange, since she died last year.

But it’s a ruse. Instead, he’s ensnared by a witch plotting to sacrifice him to power a magic amulet called ‘Traumesser.’ Little does she know, Gavin is a time-fey, with just enough mana to freeze time for 30 seconds, and abscond with Traumesser.

Traumesser makes time travel possible. So now Gavin plans to save his ex.

The witch wants Traumesser back. And she’ll force Bordertonians to kill themselves one by one until Gavin gives it back.

Manipulating history has unintended consequences. Now Gavin just wants to put things back the way they were. But Traumesser’s been depleted, and replenishing it would make him a monster.
Read more
Other Formats: Paperback 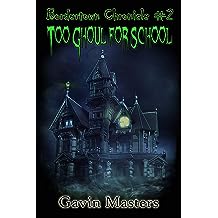 Too Ghoul for School (Bordertown Chronicle Book 2) Sep 15, 2018
by Gavin Masters
$4.99
Being chased by a massive, demon-possessed schoolhouse wasn't the ride-along 23-year-old journalist Gavin Masters signed up for. He just wanted some alone time to flirt with Deputy Vikki Valliant.

When they narrowly manage to break the curse on the school, Gavin finds himself suspended from the ride-along program and assigned to anger management, where he's forced to mentor a 12-year-old bully who only makes him madder.

What's worse, some demonic creature is systematically murdering Bordertown deputies. And Gavin fears Vikki might be next.
Read more
Other Formats: Paperback 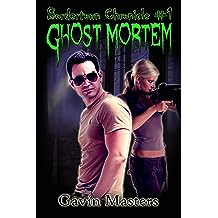 Ghost Mortem (Bordertown Chronicle Book 1) Nov 5, 2017
by Gavin Masters
( 1 )
$3.99
Gavin Masters has three problems. He has no job, he regularly gets harassed by ghosts, and a supernatural raccoon-dog keeps stealing his cigarettes. Then Gavin moves to Bordertown, a place filled with eccentric monsters, where Deputy Vikki Valliant tells him seeing ghosts is just the beginning…

Now Gavin wants to help Vikki catch a killer. He thinks it’s the same unsub his former R.C.M.P. father pursued 10 years ago. He knows his father’s been lying about why the trail went cold, and why the murders abruptly stopped. Now the killer is back, pissed-off, undead, and has his sights set on the Masters family.
Read more
Other Formats: Paperback 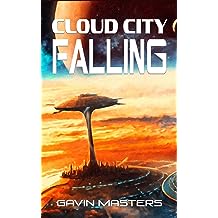 Cloud City Falling Aug 30, 2020
by Gavin Masters
$2.99
They killed his fellow space marines. They took his limbs. He vowed revenge.

He’s a thug for local crime lord Tommy Trejo. And he does very bad things to any who cross his boss. Like break his only friend’s leg. Or locate and recapture the escaped whore his boss brutalizes. And Jake has to obey, or Trejo can disable his limbs with the press of a button.

The whole solar system is run by the Hauer Corporation. The company that altered Jake’s limbs. They have an almost limitless army of nigh-invincible Sentry-3000 patrol drones, each capable of leveling an entire city. And they’re everywhere.

In this crapsack world, men like Trejo thrive. But when Trejo orders Jake to kill his only friend, he decides he’s had enough. He’ll take down the whole goddamn Hauer empire if he has to.

But first, he needs to escape Trejo. Then, the cloud city. To do all that, he’ll need to make alliances with the people he’s hurt.
Read more
Other Formats: Paperback 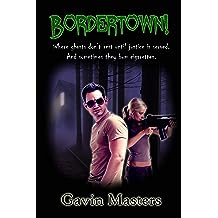 Bordertown!: Where ghosts don't rest until justice is served. (And sometimes they bum cigarettes.) Aug 28, 2020
by Gavin Masters
( 3 )
$2.99
New to Bordertown, a safe-haven for monsters, journalist Gavin Masters wants to help Deputy Vikki Valentine catch a serial-killer. He thinks it’s the same unsub his former RCMP father pursued 6 years ago. He knows his father lied about why the trail went cold, and why the murders abruptly stopped. Now the killer is back, pissed-off, undead, and has his sights set on the Masters family.

This is the original 3-Day Novella. It was written and edited in 3 days, and won 2nd place overall back in 2015. This 40,000-word novella has been remastered for its 5th anniversary release. Enjoy!
Read more