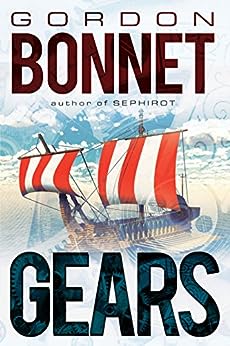 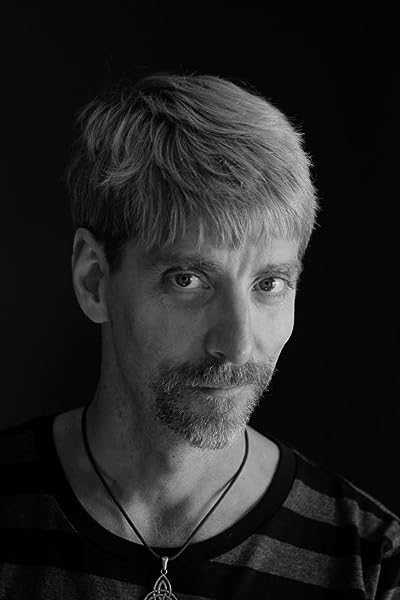 Gordon Bonnet has been writing fiction for decades. Encouraged when his story Crazy Bird Bends His Beak won critical acclaim in Mrs. Moore's 1st grade class at Central Elementary School in St. Albans, West Virginia, he embarked on a long love affair with the written word. His interest in the paranormal goes back almost that far, although it has always been tempered by Gordon's scientific training. This has led to a strange duality; his work as a skeptic and debunker on the popular blog Skeptophilia, while simultaneously writing paranormal and speculative novels, novellas, and short stories. He blogs daily, but is never without a piece of fiction in progress-driven to continue, as he puts it, "because I want to find out how the story ends." Gordon currently lives in upstate New York with his wife and two dogs. --This text refers to the paperback edition.

clyboehs@MindAtPlay
5.0 out of 5 stars Great story. Great characters.
Reviewed in the United States on November 2, 2018
Want a good updated old-fashioned story about a mechanism that can control people, therefore, the world? No, wait! It's not the mechanism that's the problem, it's the people behind the thing, the people who want to control other people to take over everything. Gordon Bonnet specializes in both--the foundational gadget-plot and the characters behind it! Neither one outweighs the other and balance of the forces of good and evil are there, too, plain as night and day, but Bonnet gives them a real whirl because his fiction is built on an actual machine, the Antikythera Mechanism, whose purpose remained hidden until recently when Dr. Tony Freeth and an international team of researchers discovered, as Bonnet tells us, that it's a highly sophisticated ancient Greek astronomical calculating apparatus. But what Bonnet does with this is the wonder! Dr. Freeth is no slouch. His academic credentials run for a good long paragraph, and Bonnet, a scientist himself, has read every word of the research behind this machine. This is to give you a heads-up that the sci-fi here is by no means sloppy, manipulated toward usual ends. The inventions Bonnet finds for the ghost-in-the-machine will leave you in a spin. It's a great journey through time and a great twist on an old idea given a flesh-and-blood transfusion.
Read more
Helpful
Report abuse

Walnut Keeper
5.0 out of 5 stars Fantastic Characters
Reviewed in the United States on December 8, 2016
I love the way Gordon Bonnet fashions an incredible story around an ancient artifact. His characters are spot-on and distinct, my favorite being the elderly neighbors. (You'll know what I mean when you get there.) I struggle with reviews because I want to give away so much of the plot, but I don't want to spoil it for everyone! Let's just say that the characters in this book are NEVER what they seem. And I LOVE that!
Read more
Helpful
Report abuse

Nancy Angard
5.0 out of 5 stars Excellent read!!!
Reviewed in the United States on December 3, 2016
Just finished reading Gears in one day. Couldn't put it down-a wonderful and thoughtful read. This book addressed issues such as good vs. evil, faith and belief, and choosing your path in life all in a fast moving thriller. One of Mr. Bonnet's best. I highly recommend it.
Read more
Helpful
Report abuse
See all reviews
Back to top
Get to Know Us
Make Money with Us
Amazon Payment Products
Let Us Help You
EnglishChoose a language for shopping. United StatesChoose a country/region for shopping.
© 1996-2021, Amazon.com, Inc. or its affiliates