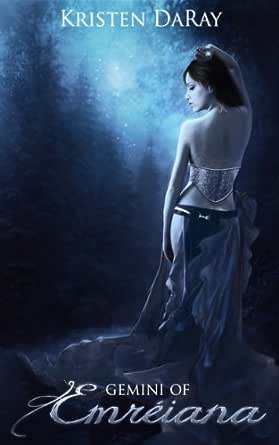 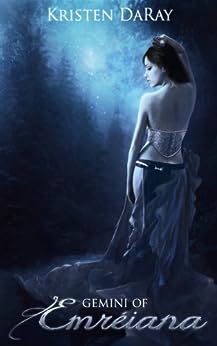 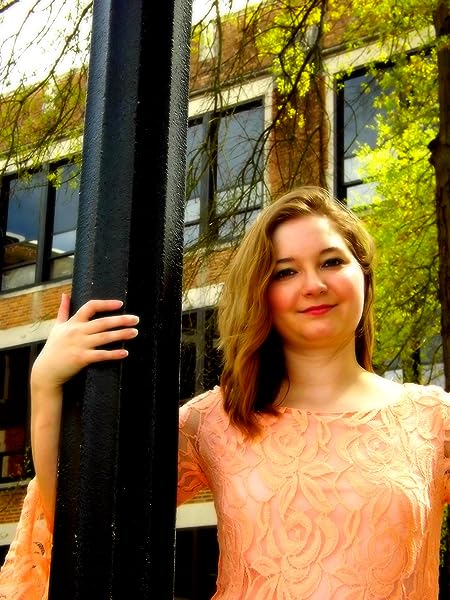 Kristen was born in Alabama in 1991 and still resides there today. She has been writing since the 6th grade. However, she did not begin to write fiction until she was 15. In 2009, Kristen had an idea that would spark the concept for Gemini of Emréiana that she would later write in 2011. During that time, she met her husband. They married in August of 2012. Kristen continues to write the next novels to the Gemini Trilogy. She also plans to release a new series later on in the year. --This text refers to an out of print or unavailable edition of this title.

2.7 out of 5 stars
2.7 out of 5
14 global ratings
How are ratings calculated?
To calculate the overall star rating and percentage breakdown by star, we don’t use a simple average. Instead, our system considers things like how recent a review is and if the reviewer bought the item on Amazon. It also analyzes reviews to verify trustworthiness.
Top reviews

Aoife Marie Sheridan
4.0 out of 5 stars Sci-Fi Fantasy story
Reviewed in the United States on April 1, 2013
Verified Purchase
Review of Gemini of Emreiana By Kristen DaRay

I received this book for an honest review. This story is told through the eyes of Carson a young 18 year old. She lives in a small town in Alice and lives a normal life. Until she finds out she's from another planet called Emreiana, where she will take the throne and bond with a fellow Gemini in marriage.
The story is based on Earth letting us see Carson discover who she really is, and understanding that she must let go of all she loves including her boyfriend Klye, But Aaronmon a protector of the royal family is there to ease her transition.
Even though the story is based on earth, it's still very intriguing we learn all about the new planet Emreiana, they have their own language and are very advanced in technology. Also the people of Emreiana are born with certain gifts that fall's into four categories. The world of Emreiana sounds so beautiful with its three moons that dictate's the time of year.
The story is very well written and I can't wait to read the second book, which will be based in Emreiana and we can start to see Carson in her true settings.

WinnerPenny
2.0 out of 5 stars This book is ok.
Reviewed in the United States on March 30, 2013
Verified Purchase
This story is a nice fantasy novel for Young Adults. However, the author needed to exercise a little bit more proofreading to overcome several spelling errors in the story. The idea of this novel is a fun, easy read. With the spelling and grammatical errors corrected this book could be nice.
Read more
Helpful
Comment Report abuse

Disappointed Reader
1.0 out of 5 stars Just Say No
Reviewed in the United States on February 19, 2016
Verified Purchase
This "novel" is simply the kind of thing that is written just for the sake of writing something. A true work of science fiction/fantasy paints the picture of a landscape that the readers could see themselves transported to. The author here just seems to be patching together a handful of love story cliches with the smallest bit of legend, and should be relegated to the dime novel bin. It was Victor Hugo who said "A writer is a world trapped in a person", and true authors such as him create wonderful stories by pouring their soul and mind onto the page, which is not what I got from reading this. Books like this only serve to pull down the entire genre and create a situation in which Twilight and its kind are passable excuses for real storytelling. And if all of that were not bad enough, it is littered with enough spelling and grammatical errors to make a middle school student cringe. I would gladly have given this zero stars if Amazon allowed it, but I suppose I must settle for one.
Read more
Helpful
Comment Report abuse

K. Horsman
5.0 out of 5 stars Fun alien sci-fi adventure!
Reviewed in the United States on December 19, 2013
Carson is a normal senior in high school applying to college, deciding what she wants to do with her future and keeping her relationship with long term boyfriend Kyle going. Of course when every college rejects you even though your the valedictorian and you start having strange dreams of worlds that don't exist, then something seems a bit off. Then comes a stranger that tells you everything you thought you knew about your life is false and in fact you are an alien. That's right alien. No ordinary alien either, but a princess in line for the throne of Emreiana and your mother, who you thought was dead, is actually alive and well and reigning Queen. Things get a little sticky.

My favorite part actually starts right there with the explanation. Carson doesn't immediately buy the fact she is an alien and a princess, which was great. Too many times have I read about normal human beings that suddenly find out something impossible and just automatically believe it. You or I wouldn't just jump on that alien train if someone told us they existed and I was one of them, you'd think they were crazy. For Carson to process this information and take her time coming to her own conclusion I thoroughly enjoyed. The same can be said for her feelings towards her new gaurdian and her boyfriend. No insta-love here, and she really had to figure out what she truly felt and where it was coming from before she made any definitive decisions for her life. That was a refreshing change from a genre that is saturated with said love stories.

In terms of this being an alien story, I really enjoyed that aspect. I thought the fact that it seemed to be starting as a normal human girl story and built into this otherworldly affair was what made this story go from cute to awesome. The problem with these kinds of books are that it takes a whole chunk of book to explain what this other world is like and what the people are like because of them being, well, not human. The author does a really good job of not making that boring or exceedingly long, which really helps the book move along. That is a tricky thing to navigate while still giving lots of descriptions and information so for that I applaud Gemini of Emreiana for succeeding in making a sci-fi story flow.
Read more
Helpful
Comment Report abuse
See all reviews