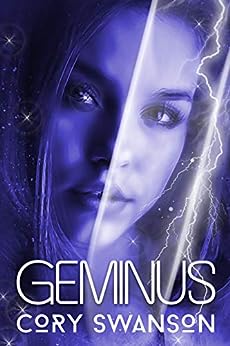 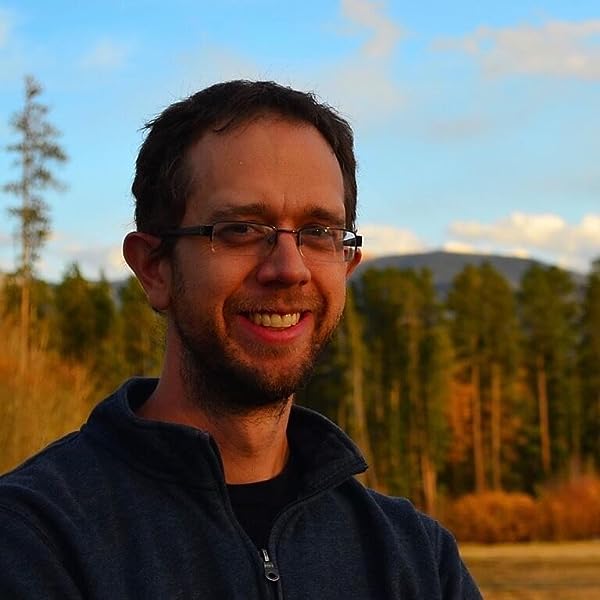 by Cory Swanson (Author) Format: Kindle Edition
See all formats and editions
Sorry, there was a problem loading this page. Try again.

Time is a fickle thing. Is the future as fixed as the past?

Cassie and Helen are twins spawned from a bolt of lightning that struck their mother while she was pregnant, as if from Zeus himself, or so their mother told them.

However, their bond is unlike any other, for Cassie remembers the future while Helen experiences the present. A fact the girls and their mother have kept secret from the world.

As Cassie and Helen head off to college their lives are about to be irrevocably changed forever.

Cory Swanson lives in Northern Colorado with his wife, two daughters, and his old blind dog named Kirby. When he’s not working teaching tweens how to play band and orchestra instruments, he can be seen camping with his family in his tiny trailer or traveling to strange worlds in his head in order to write about them. If the weather is decent, you might catch him riding his bike or running because he is afraid of death, and he’s heard exercise helps with that.

Cory has a Bachelors in Music Education from the University of Northern Colorado and a Masters in Music with an Emphasis in Conducting from Colorado State University. Neither of these degrees is helpful with his writing, but they do allow him to earn a living teaching music to middle schoolers, which he has done since 2004.

He began writing in 2016 after the Denver Broncos won the Super Bowl. The absence of American Football in his life after that point left a gaping hole in his soul. He then proceeded to fill said hole with speculative fiction. It’s worked out okay so far, with his story, “The Musicologists,” being published in the anthology, Triangulation: Harmony and Dissonance, published by Parsec Ink. He also has a novella, Geminus, published by Castrum Press.

If you would like to witness a nearly middle aged man attempt to navigate the perils of social media, you can find Cory on Facebook under the handle @speculativemeculative, or at his website, coryswansonauthor.wordpress.com

Wisecelt
5.0 out of 5 stars Looking Back Into The Future
Reviewed in the United States 🇺🇸 on November 8, 2019
Verified Purchase
A good story well told. A really interesting idea executed in a really interesting way I have never seen before. Remembering the future. It was such a plausible concept that my lawyer mind never pursued its usual path of deconstructing it to find its flaws. I kept thinking, I like this story and its characters so well that its premise works for me. just fine.

Every time I thought I guessed the ending the author threw enough of a curve that made me doubt myself, which is a good thing, because it kept me engaged.

I like it when someone successfully creates a first person character in another gender. This author pulled it off perfectly.

I really liked the central characters Helen and Cassie from the moment they were introduced. The author captured the twin interpersonal dynamic wonderfully. The supporting characters were nicely developed and served the narrative well. I loved the powerful use of lightning throughout. Colin Firth would probably play Jake in the movie version.

To sum up, this read was a pleasantly spent escape from reality. Congratulations on the publication of this author’s first novel(la). I predict many more to come.
Read more
2 people found this helpful
Helpful
Report abuse

Carolyn Wilhelm
4.0 out of 5 stars Oh, my, leaves the reader wondering
Reviewed in the United States 🇺🇸 on January 3, 2020
Verified Purchase
Twins who need each other even in college because their differences help each other through life. Medical testing about one twin presents complex possible difficult truths to deal with — leaving the reader to figure out to some degree. This would be a good novella for a lively book group discussion. Deceptively easy read until the neurologist opinions.
Read more
Helpful
Report abuse

Aeryn Boleyn
5.0 out of 5 stars Well written!
Reviewed in the United States 🇺🇸 on May 2, 2020
Verified Purchase
I wish this book had delved into the reasons why this happened. Maybe just a touch more. But I’m easy on that with novellas. I’m upset about the ending. But the fact that cared enough about the characters to be upset at the ending speaks volumes about the author’s ability to write characters. It’s well written well executed and flawlessly edited even if I didn’t necessarily agree with the author’s intent!
Read more
Helpful
Report abuse

Naomi Raven
3.0 out of 5 stars Time is relative.
Reviewed in the United States 🇺🇸 on January 25, 2020
Verified Purchase
This story is interesting I'm that you study two very different girls who happen to be twins. As different as night and day, they are yet yet very loving. You learn of the struggles they have trying prove to everyone what they already know. Just how the one is different. I really liked this book. But I felt it needed a little more background information on the twins.
Read more
Helpful
Report abuse

Beaded Librarian
5.0 out of 5 stars What would you do if no one believed you could remember the future?
Reviewed in the United States 🇺🇸 on November 29, 2019
Verified Purchase
Life is different when you have a twin that remembers the future and doesn’t remember the past. Cassie and Helen have learned how to deal but their challenges have just begun. This novella was fascinating to learn exactly what those challenges are and how they handled them.
Read more
One person found this helpful
Helpful
Report abuse

Jon S
5.0 out of 5 stars A fun read with a great premise
Reviewed in the United States 🇺🇸 on December 28, 2019
Verified Purchase
This was a fun, quick read. The premise is exciting, the ending will take you a bit by surprise and leave you wanting more. An enjoyable, out of the box read that gets you thinking. Also fun for Coloradans who will recognize the landscape.
Read more
Helpful
Report abuse

Amazon Customer
5.0 out of 5 stars Riveting Read!
Reviewed in the United States 🇺🇸 on January 15, 2020
Verified Purchase
This is a wonderful novella! The characterization is so well done, you are grabbed into the story immediately. I couldn't put it down so I stayed up to finish it. I was surprised by the ending, which is well done!
Read more
One person found this helpful
Helpful
Report abuse

Chelsea E.
5.0 out of 5 stars A story about learning to embrace the unkown
Reviewed in the United States 🇺🇸 on December 2, 2019
Verified Purchase
A realistic and thoughtful reflection on the mystery of agency, tied up in the deep relationship of two sisters. Well worth the read and will, as most good stories do, stay with me for a while.
Read more
One person found this helpful
Helpful
Report abuse
See all reviews

ST
4.0 out of 5 stars Interesting read
Reviewed in Canada 🇨🇦 on September 11, 2020
Verified Purchase
Unique twins, one is dependent on the other to fill in the past memories while the other can ‘remember’ the future. This story takes a few turns that will toy with your emotions.
Read more
Report abuse
See all reviews
Report an issue
Does this item contain inappropriate content?
Report
Do you believe that this item violates a copyright?
Report
Does this item contain quality or formatting issues?
Report