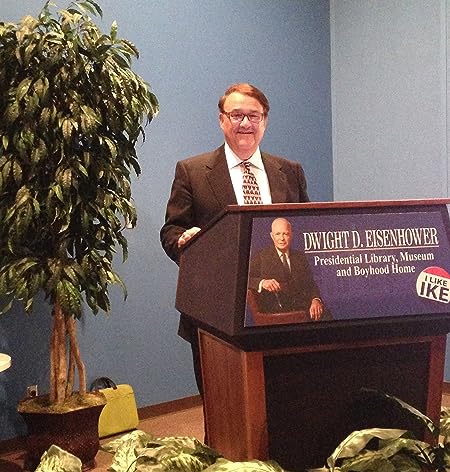 Historian Gene Kopelson is a Reagan Virtual Scholar of the Ronald Reagan Presidential Library and Foundation's Ronald Reagan Institute, president of the Gulf Coast chapter of the International Churchill Society, past national trustee (and past chair of the Children's Book Prize committee) of the Theodore Roosevelt Association, board member of the Military Historical Society of MA, and holocaust educator. He has spoken on Reagan '68/Ike/RFK across the country, and his book-talk was filmed by Cspan and incorporated into their American Presidency series.

Kopelson is an avid bicycle rider, hiker and environmental steward, lover of classical music, synagogue enthusiast, and lecturer on history. He and his wife live in Florida but visit many parts of the USA frequently. He is blessed to be an American, with three wonderful children and six amazing grandchildren. 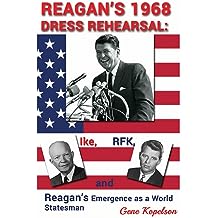 Reagan's 1968 Dress Rehearsal: Ike, RFK, and Reagan's Emergence as a World Statesman May 12, 2016
by Gene Kopelson
( 8 )
$9.99
This ground-breaking book weaves an exciting, never-before-told story of Ronald Reagan's first quest for the presidency in the late 1960s. Reagan's goal was to prevent a first-ballot Nixon victory, as many delegates couldn't wait to vote for Reagan on the second ballot. Yet Reagan favored the broad political tent of the Republican Party and said he would support whomever was the nominee.
Behind the scenes, Reagan's private political mentor was Dwight Eisenhower, and Reagan's public political foe was Robert Kennedy. Reagan scholar Kopelson's analysis relies on newly uncovered audiotapes from candidate Reagan's days as governor of California, the Eisenhower-Reagan correspondence and files, Ike's post-presidential diary, and interviews with 35 grassroots Reagan activists from 1968.
Many of the major triumphs of Reagan's subsequent tenure as president originated during that first campaign: Tearing down the Berlin Wall. Lessening nuclear weapons. The peaceful defeat of communism. Creating a missile defense shield for America. Bringing freedom to Eastern Europe. And dealing with hostage crises.
During 1968, Reagan emerged as a world statesman and shaped his crusade to restore pride in America. Kopelson further demonstrates why for Reagan, Ike's tutelage was critical. This political mentorship changed America's national priorities through the end of Reagan's presidency, whose effects are still very much with us today.
Read more
Other Formats: Paperback