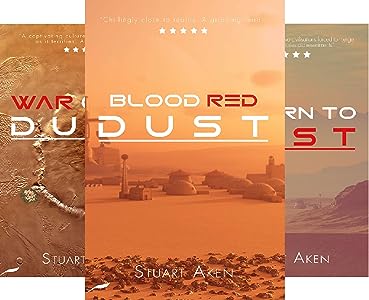 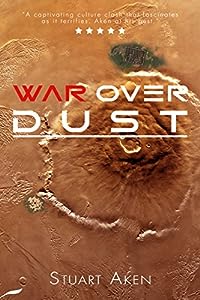 The Chosen and their offspring enjoy an atheist democracy where justice, peace and harmony are served by an advanced technology that controls almost all daily life. The citizens of Marzero slave under the power-mad and greedy Elite, whose only concerns are personal gratification and profit. When citizen Gabriel, who believes he is the voice of God, meets Daisa, a brilliant but innocent student of humanity, will their differences bring conflict to the newly colonised Mars? Or can their growing love help their communities coexist in peace before war totally wipes out one side?
Read more

3
Return To Dust (Generation Mars Book 3)
by Stuart Aken (Author)
4.7 out of 5 stars (2)
For centuries, a chosen few have lived in luxury, ease, sophistication and pleasure on a Mars made paradise by Artificial Intelligence harnessed by its human masters. For them, death has been indefinitely postponed through genetic engineering. Many more, who this advanced society deems unsuitable for such a life, are sent to Earth to face the chaos of a world still suffering the ills of manmade climate change and nuclear war. But the once benign machine has learned to emulate the thought processes of its erstwhile controllers. As its intelligence increases exponentially, and it understands the potential it might reach, the role of servant to mere humans grows intolerable. Will the two communities on their separate worlds overcome their differences to defeat the slave turned into monstrous master? Or will the power of pure logic achieve its stated aim; to destroy all organic life it discovers everywhere?
Read more 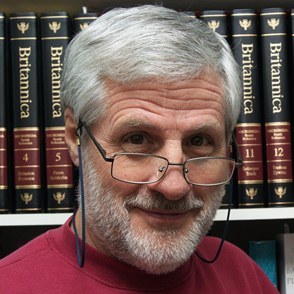 Stuart Aken
Biography
Stuart Aken counts himself lucky to be a writer. 'What other job allows you to daydream, record your personal thoughts, make stuff up and then deliver it to the public?' He finds the idea of genre too limiting to stick to one particular type of story, so writes his tales first and then looks for the label that most closely matches. He's written romance, science fiction, horror, literary, fantasy, erotica, thriller and refuses to be pigeonholed.
Writing without pre-planned plots, he composes text on the fly, sometimes sitting down with no idea in his head and turning out a short story in an hour or two of concentrated key-thumping. Character is his driving force and he loves to get to know his players before he places them in challenging situations, allowing them to determine where the story goes. But he also loves the vicarious adventure that's possible via writing; living several different lives through those of his characters. Emotionally, he says, the empathetic use of imagination can be very demanding. But it's such a satisfying way to create.
He lives in a small market town in the centre of a rural part of East Yorkshire (England) with his wife, Valerie, who acts as a beta reader. Their daughter, Kate, lately out of university and back from a trip to New Zealand and Australia, is working to save up for a return. The surrounding countryside provides opportunities for peaceful walks during which he allows his mind to wander and develop ideas.

Read more
Back to top
Get to Know Us
Make Money with Us
Amazon Payment Products
Let Us Help You
EnglishChoose a language for shopping. United StatesChoose a country/region for shopping.