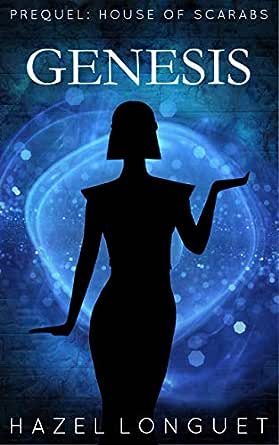 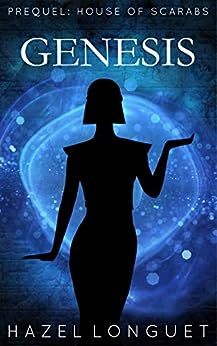 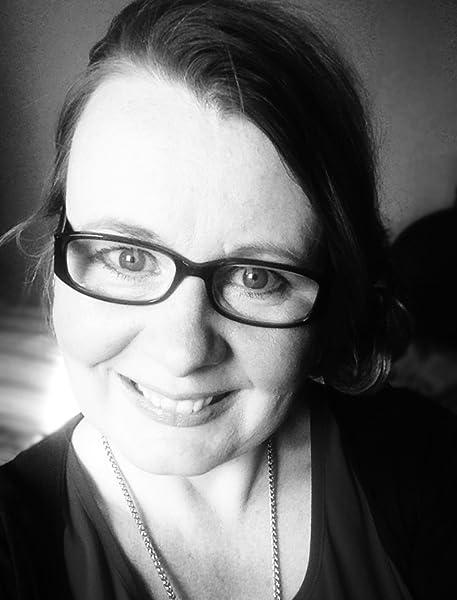 Sissy1952
5.0 out of 5 stars A good plot, excellent characters
Reviewed in the United States on August 28, 2019
Verified Purchase
I have read two the books, and have to say, that I loved both! If you love Egypt you can't find better
Read more
Helpful
Comment Report abuse

Jamie Bee, Reading Fanatic Reviews
TOP 50 REVIEWER
5.0 out of 5 stars Be Transported to Magical Ancient Egypt
Reviewed in the United States on February 18, 2019
I love to read historical fiction but rarely do I see books that take place in ancient times. In this book, you will be transported to ancient Egypt in the time of the Pharaohs. The author does an exceptional job of drawing the reader into a world that is vastly different from ours. In this version of ancient Egypt, magic and the gods are always around. I found it interesting to walk in the shoes of those who prayed to their gods regularly and of those to whom the gods whispered.

This book is the prequel for the House of Scarabs, recently published by the author. It gives the historical context of that more modern story. We learn of the Highest Seer’s disturbing prophecy of a time in the distant future when the Egyptian gods will no longer be remembered and their temples will be in ruin. The gods tell her to seek the counsel of the High Priest of Karnak, and they assemble other priests of three different gods for a religious conference. Only he and she know that the conference is really being done so that they can find the three who will carry the gods within their body and through the generations to be reborn again. While they try to keep things secret, they mistakenly involve one who seeks to destroy the plot has both heresy and high treason.

The book is very well done. There are a few little errors here and there but nothing that detracts from the book. The author immerses us in this world; it is described visually very well, and you live the plot through the thoughts and emotions of the various important characters.

If you enjoy historical fiction, especially something that's a little bit different, this book could be for you.

I received a copy of this book for free and am voluntarily leaving this review.
Read more
Helpful
Comment Report abuse

Dorothy E Ingram
5.0 out of 5 stars Like Ancient History? Here’s A Good Story
Reviewed in the United States on May 23, 2019
I love stories about ancient Egypt, and this a prequel to “The House Of Scarabs” series. In
this story a Seer has a vision, and enlists the
aid of the High Priest to help her set things
in motion to try to save the country.

Ms. Longuet is a new author for me, and I’ll
be watching for more good stories from her.
The plot is believable. The story is full of
action, and the characters are well drawn.
Her editing and proofreading teams are
excellent.

If you love well written, good stories about ancient Egypt, this is a book for you.
Read more
Helpful
Comment Report abuse

5 Kindles
5.0 out of 5 stars Great Story
Reviewed in the United States on February 21, 2019
If you are familiar with House of Scarabs, this is the before story. I f you have not yet read that one, read this one first. I thoroughly enjoyed both stories, and hope that there is a third forthcoming. The story is well written, and the characters are each their own believable individual.

D. A. Frank
5.0 out of 5 stars Excellent introduction to a wonderful, magical world!
Reviewed in the United States on February 21, 2019
Hazel Longuet is a magically gifted storyteller. Many moments in Genesis felt so real to me and somehow rang true, even though I know but little of ancient Egypt. The characters are wonderful, the magical action very fresh and believable, and this story definitely leads me to dive into the sequel!
Read more
Helpful
Comment Report abuse

Kathe D.
5.0 out of 5 stars Excellent Read
Reviewed in the United States on February 14, 2020
This prequel to “The House of Scarabs” does not require a lengthy discussion. It is fast-paced with great characters. A quick introduction to ancient Egyptian history. I will definitely be reading Book One referenced above.
Read more
Helpful
Comment Report abuse
See all reviews

M. J. Lawrie
5.0 out of 5 stars Loved it!
Reviewed in the United Kingdom on August 6, 2019
Verified Purchase
Genesis is the prequel to House of Scarabs. I really enjoyed House of Scarabs and I loved this story too. The writing is brilliant. The descriptions are beautiful and the story gets its hooks into you from the very first page. I love anything ancient Egypt, and this tale transports you there wonderfully. Magic, friendship, danger and destiny. What more could you want?
Read more
Report abuse

Sonya
3.0 out of 5 stars An okay read
Reviewed in the United Kingdom on July 11, 2019
Verified Purchase
Good teenage fiction for a dull afternoon. Would recommend for young adults and teens. Not to be
Confused with history but that is okay
Read more
Report abuse

Ali Vaughan
5.0 out of 5 stars Definite page turner!
Reviewed in the United Kingdom on February 16, 2019
Verified Purchase
A prequel that stands its ground as a detailed historic and wonderfully descriptive novel. Works for fans of ancient Egypt but is also a good learning point for those new to the wonderful world of ancient Egypt. I read this in one go, and definite page turner!
Read more
Report abuse
See all reviews