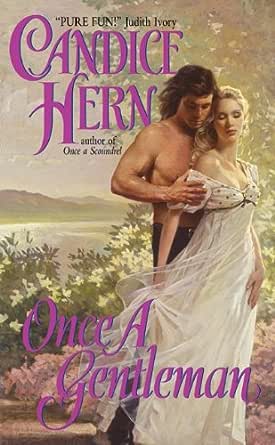 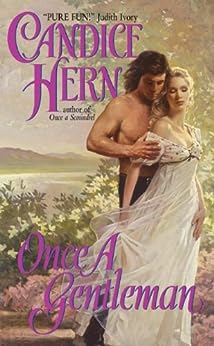 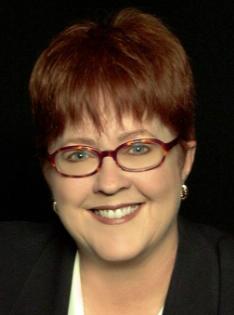 Candice Hern is the award-winning author of historical romances set during the English Regency, a period she knows well through years of collecting antiques and fashion prints of the era. She travels to England regularly, always in search of more historical and local color to help bring her books to life.

3.6 out of 5 stars
3.6 out of 5
24 global ratings
How are ratings calculated?
To calculate the overall star rating and percentage breakdown by star, we don’t use a simple average. Instead, our system considers things like how recent a review is and if the reviewer bought the item on Amazon. It also analyzes reviews to verify trustworthiness.
Top reviews

Marilyn Rondeau
VINE VOICE
4.0 out of 5 stars A Lovely Romantic Read
Reviewed in the United States on January 17, 2005
Verified Purchase
For all the years Prudence Armitage had worked for Nicholas and his sister at "The Ladies Fashionable Cabinet", he'd never really gotten to know, the shy mousy looking young woman who diligently worked by their sides. Rather he took her for granted, almost like a second sister. Now that his sister had left for an extended honeymoon, Prudence assumed Edwina's editorial duties. Late one evening Nicholas casually mentioned that she was working too hard, putting in too many hours, and assured that she was leaving soon he continued out the door for a night of entertainment. However, the next morning when he was rudely awakened by an enraged father and a horde of `viking-like giants' demanding satisfaction for ruining his daughter and their sister who had never arrived home the night before - Nicholas realized they were speaking of Pru who'd fallen asleep at her desk! Being a true gentleman, he would of course, do the right thing and offer her marriage though it was the furthest thing from his mind with Prudence being the least likely of candidates.

Prudence, was horrified - having been in love with Nicholas since the very first day she'd met him. Yet, married they'd be - the very next day!

With the help of Flora, a retired demimonde and `fashion editor' of the paper, and the Crimson ladies, Prudence, began to reveal qualities that gave Nicholas food for thought. Soon Nicholas was regretting his plans for an`in-name-only'marriage, and was formulating plans to make Pru his wife in all ways.

*** This was a delightful finale to the charming Ladies Fashionable Cabinet trilogy featuring, Nicolas and Prudence. Uniquely stand-alone this was a look at a marriage forced upon two individuals who in appearance were as different as night and day. Nicolas, the too handsome for his own good, charming, outgoing personality while Pru the complete opposite - small in stature, embarrassingly shy, and relatively content to blend into the background while letting others shine. What was unique was that she didn't turn into a swan overnight, rather making the most of her other attributes. While Nicholas did fall in love/lust with her, it was more for the beautiful person he saw, while her looks, which truly were never that bad once she removed all the accoutrements she used to hide them, revealed a more subtle beauty. The humor was charming as Pru tried to put into practice the lessons of flirting and seduction received from Flora and the Crimson ladies - suffice it to say, Pru didn't turn into a seductress. What was really important though, was how Pru came to realize that as `perfect' as she thought Nicholas was, she finally discovered he wasn't and she had gained enough confidence to give him a wake up call when she pointed it out to him. This was truly a divine read, a slow, yet very moving and truly romantic experience. --- Marilyn, for [...]

M. Winder
2.0 out of 5 stars Disappointing
Reviewed in the United States on August 23, 2016
Verified Purchase
When I read Stephanie Laurens, Karen Ranney, and Julia Quinn, I am able to picture and feel the wonders of the Regency period; the colors, sounds, music and even the taste of the food. When I struggled through this book, everything felt drab; there was no color, no wonder, everything was brown and grey, lifeless and sad. The dreary repetition just to fill space, was frustrating. The world is a bit dark right now, and we need uplifting, charming stories of bright, lovely ballrooms, hopeful people overcoming the harshness of the time, not the depressing side of life. If I want a horror story all I have to do is turn on Fox news.
Read more
Helpful
Comment Report abuse

Nell
3.0 out of 5 stars Boring
Reviewed in the United States on August 20, 2015
Verified Purchase
A forced marriage between a handsome young man and a small shy young lady, sounds good? Was quite boring off and on. Would have liked to hit the young man over his head a few times and as for the young lady, no one is that shy. Give me a break, she was the granddaughter of a duke, had her own money, was in her late twenties and had a JOB. Since I was able to finish the book, I gave it an okay. There were several $ in my e-version, irritating.
Read more
Helpful
Comment Report abuse

Rembrandt19
4.0 out of 5 stars Pru gets her heart's dream fulfilled
Reviewed in the United States on April 21, 2013
Verified Purchase
I rated this book a 4 because I enjoyed it so much. However, it didn't have that extra surprise twist that would have made it a 5.
Prudence Armitage had a few hidden secrets that were revealed as the plot progressed.
The hero, Nicholas, and the heroine, Prudence were both very likeable people. Her father caught them in awkward (but innocent) circumstances.
Read the book to find out how it was all resolved.
Read more
Helpful
Comment Report abuse

Karen
2.0 out of 5 stars wimpy heroine, deus ex machina ending
Reviewed in the United States on May 6, 2012
Verified Purchase
By and large I like Candace Hern's books, although occasionally she writes a clunker.

In this book the characters are well-developed, but the heroine is a wimp. Why do all these women feel that being compromised even when they haven't done anything means they have to get married? How about telling society to take a flying leap instead. Then she continues being a wimp after she's married.

The hero, although he supposedly believes in rights for women, is unable to treat his wife as an equal. This leads to a conflict at the end of the book. Is the conflict resolved by examination of his actions and principles? No, a solution falls from the sky.
Read more
One person found this helpful
Helpful
Comment Report abuse

Viv
2.0 out of 5 stars Just didn't do it for me.
Reviewed in the United States on January 12, 2005
Verified Purchase
This was my first by Candice Hern, and regretably I was disappointed. I have read all of Nicole Jordan, Lisa Kleypas, Gaelen Foley, Sabrina Jeffries, and many more. This book didn't have any sexual tension to speak of. The hero was a sweet idiot and the heroine was a plain dowd. Not enough chemistry for me and quite frankly, not enough romance.
Read more
4 people found this helpful
Helpful
Comment Report abuse
See all reviews

Mrs. Elizabeth Lucas
3.0 out of 5 stars A good story spoilt.
Reviewed in the United Kingdom on September 16, 2015
Verified Purchase
Like 'Once a scoundrel' the story is, by and large, good but the sexual content spoilt it for me. I don't find it necessary to go into such detail.
Read more
Report abuse