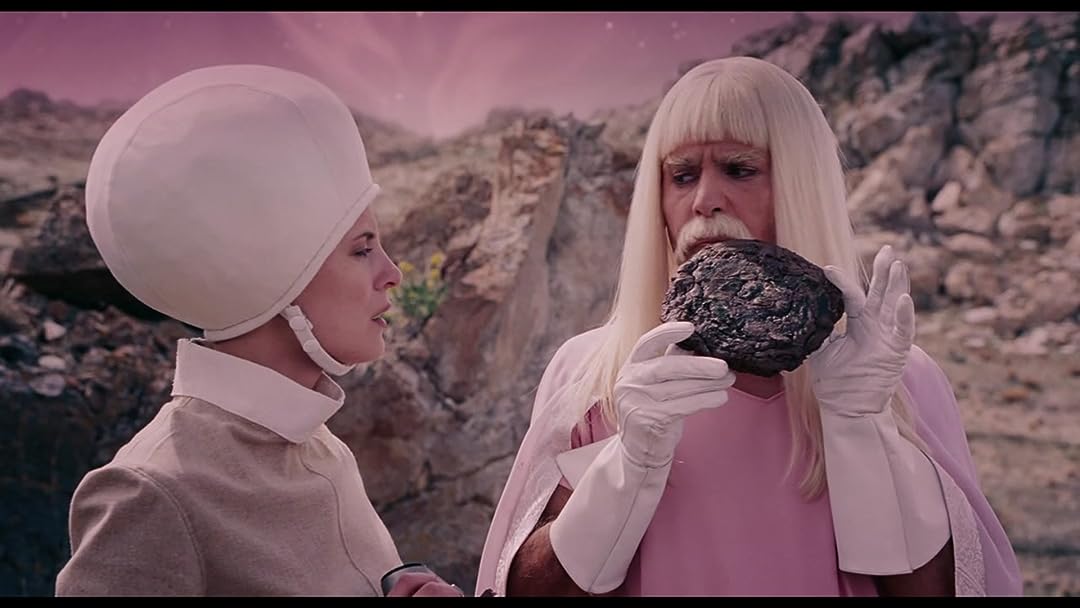 (1,024)6.21 h 29 min2009PG-13
A loner with a passion for writing has his story ripped off by a legendary fantasy novelist and subsequently adapted into a disastrous movie by a homespun filmmaker.

Amazon CustomerReviewed in the United States on October 5, 2018
5.0 out of 5 stars
THIS MOVIE IS AMAZINGLY WEIRD!!!
Verified purchase
I just love this movie. it makes me want to go out and try to make a movie with my friends. This movie is so amazingly weird with the weirdest script and the weirdest plot. If you gloried in the weirdness of Napoleon Dynamite or Nacho Libre then please watch this. Jemaine Clement is hilariously serious in this movie and I just figured out that that is what is so funny about Jared Hess's movies. Everyone takes themselves way too seriously. I absolutely love this movie. Sam Rockwell is brilliant (as flippin' ALWAYS, man I wish he made more movies), and so is Daisyus/Dennis (the bad guy in the movie within the movie, can't think of the actor's real name, but he is delightfully creepy with a great bad guy voice)
8 people found this helpful

ShortyguapoReviewed in the United States on June 4, 2020
5.0 out of 5 stars
The most underrated comedy, for people who love Napoleon dynamite and nacho libre
Verified purchase
One of my personal cult classics. A lot of people either slept on this movie or have no idea it exists or even that it came from the Hess brothers who also did Napoleon Dynamite and Nacho Libre, 2 of my favorite movies.
This movie has all of the awkward hilarity of Napoleon dynamic and then some. The same actor who played nachos sidekick is also in this film and is maybe the funniest character. If you love nerdy dorky awkward humor and are a bit of a nerd you’ll love it.
Also just like a the directors other films there’s no curse words besides what I call PG curse words which are even more hilarious 😆

skithetreesReviewed in the United States on May 11, 2020
5.0 out of 5 stars
Very Stupid but for some reason very funny!
Verified purchase
So, I can't stand Napolean Dynamite. I believe the same people did this movie. My husband and I ran across this one day a few years back and for some reason it was just so weird and strangely funny that we couldn't keep our eyes from the screen. I am almost ashamed to say that I love this movie. We decided we had to have it. If you like weird strange funny humor then this will be your movie. Give it a few minutes and remember your mom put a hot water bottle on the seat for you!
2 people found this helpful

JasonReviewed in the United States on March 13, 2019
1.0 out of 5 stars
Possibly the worst movie ever made...
Verified purchase
Its hard to imagine a worse movie than this- even if a filmmaker was high on crack or meth a movie that they made would be more entertaining.
This movie is so bad- it really defies words to describe how truly awful it is.

I keep wondering " who thought it was a good idea to invest millions of dollars in producing this"?

And how did director Jared Hess - who had so much success with Napoleon Dynamite make such a crappy film? Was he just cashing in on the $$ and hype from Dynamite- because it looks like this film could have been written by 3 13 year old boys in 4 hours...really- and its about that entertaining...

Running jokes "anious" as a suffix and constantly referring to mammary glands, really isnt funny to anyone over 12.

Run as fast as you can from this waste of film ..

Hess should be bannned for life from ever producing another film after this dumpster fire...

NaturalMamaOfFiveKidsReviewed in the United States on January 24, 2013
5.0 out of 5 stars
Laughing-until-you're-crying funny
Verified purchase
I feel ill-equipped to review the movie, because I don't want my lack of professional movie-reviewing skills to detract from how great it is. I'll do my best. If your sense of humor is like mine (favorite comedians: Paul F Tompkins, Maria Bamford, Jim Gaffigan, John Mulaney, Al Madrigal . . .), don't miss this real treat of a movie.

Taste in comedy is of course, very subjective. I would say use whether or not you liked Napoleon Dynamite as a baseline for whether you will like this movie. You either like cilantro or you don't. You either like subtly silly movies that are quirky without being creepy, or you don't. This is an underdog becomes the hero story, played out in the world of people who are in the margins of our culture: homeschoolers, sci-fi fans, dwellers of geodesic dome houses.

In this one, a homeschooled, amateur novelist teenager, Benjamin, played by Michael Angarano (Young William in "Almost Famous", young Red Pollard in "Seabiscuit") attends a teen science-fiction writers' conference, led by his hero, hit sci-fi author, Chevalier (Jemaine Clement of Flight of the Conchords, Men in Black III, etc.). I don't want to say, "When Chevalier plagiarizes Benjamin's novel, hilarity ensues", because the hilarity begins in the first two minutes.

Like a Robert Altman movie, that gets you into a world you've only ever given a cursory glance from the outside, Gentleman Broncos gives you a real taste of the world of homeschoolers: the doting, struggling, sometimes oddball parents, the usually great relationship between homeschooling parents and their children, the confidence, misplaced or not, homeschooled kids have that they can do what they aspire to do. While not typical, there are certain great little details that homeschoolers and readers of Mother Earth News, will recognize. The plot, the dialogue, the action aside, these sweet little tidbits make watching this movie like eating a really great tira misu.

All the performances, from every actor, are just perfect, as is the casting. However, I would be remiss if I didn't mention the really standout performance from Sam Rockwell, who plays the protagonist of Benjamin's novel in the Benjamin's and Chevalier's duelling versions of it. When is Sam Rockwell going to get an Oscar, already?
25 people found this helpful

John SReviewed in the United States on December 30, 2019
1.0 out of 5 stars
The worst movie I've ever seen.
Verified purchase
For some reason I didn't consult reviews before renting this. I figured that Jarod Hess, director of two of my favorite films of all time, Napoleon Dynamite and Nacho Libre, would continue his streak. Not even a little bit. This film is adolescent, boring, gross, and, well, just not funny at all. It's whatever the opposite of funny is. I hated it so much it caused me to feel anxiety that maybe I've overvalued Hess's previous work too much. Avoid as if your life depended on it.

Clinton R. DavisReviewed in the United States on September 12, 2020
4.0 out of 5 stars
A hilarious love letter to science fiction
Verified purchase
Everyone has seen Napoleon dynamite but very few have seen this directors third movie Gentlemen Broncos. I saw this movie by accident one day while flipping through channels and fell in love with it. If you have a soft spot for science fiction or fiction novels in general, chances are you were going to find this movie hilarious. It is by far one of the best performances by Jermaine Clement That I have ever seen as he tries to play a version of an aging George Lucas. The side characters are hilarious as well and the movie is very quirky in a good way. If you’ve never seen this movie, take a chance on it you may love what you see