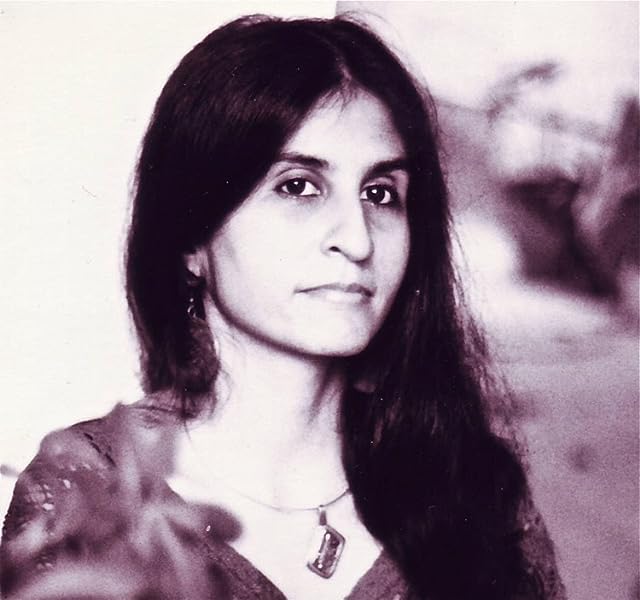 Uzma Aslam Khan chronicles the struggle of one family in Pakistan during and after President-General Zia's administration as it battles on the side of evolution against creationism and fundamentalism. Accompanying her paleontologist grandfather on a field dig, eight-year-old Amal stumbles upon a major scientific discovery: a dog/whale like ear-bone fossil. As Amal and her sister grow older, political tensions in their country escalate. Their grandfather, Zahoor, refuses to stop teaching evolution and becomes the focal point of a smear campaign put forth by the Party of Creation. Zahoor becomes a public pariah after being blamed for converting Norman Anwar, a former Party member responsible for censoring textbooks. As the nation moves toward the twenty-first century, Amal takes on her grandfather's love of science and breaks ground as a woman in the academia of an Islamic nation. Khan attempts to write the novel from the perspectives of the four main characters, ultimately causing long, drawn-out chapters that are often redundant. Too many anecdotes make an otherwise interesting storyline a bear to read.
Copyright © Reed Business Information, a division of Reed Elsevier Inc. All rights reserved.

"Such wonderful and persuasive writing. No one writes like her about the body, about the senses, about the physical world. Uzma Aslam Khan is the writer whose new novel I look forward to the most." --Nadeem Aslam ----Nadeem Aslam

Elegant, sensuous and fiercely intelligent, The Geometry of God takes an argument that is in danger of becoming stale--that of fundamentalism vs. free thinking among Muslims--and animates it in a wonderfully inventive story that pits science against politics and the freedom of women against the insecurities of men. --Kamila Shamsie ----Kamila Shamsie

"The Geometry of God is a novel that you don't just read; you listen to it. It can be irreverent, perverse. It can speak with a whole, fluid beauty. It can be curious, wondrous, noncompliant, like the English in Mehwish's head... Mehwish is the zauq of the book, the sensory pulse of the novel, who pulls you into a world of her own making. Expect a simultaneous rush that has funniness, absurdity, shock, tenderness... (and) great sex." --First City, India ----First City, India

Uzma Aslam Khan has boldly tapped uncharted themes in her latest book, The Geometry of God. She carves a sublime story of new and old with contemporary panache, in which people are real and their fears are prevalent and believable. Khan weaves a complex story whose narrative has a casual energy to it: each voice telling his or her story. Khan is not afraid to say anything. --Dawn, Pakistan -- --Dawn, Pakistan

"Khan...fuses the romantic, the spiritual and the political...the characters, the poetry and the philosophical questions she raises are rendered with a power and beauty that make this novel linger in the mind and heart." --Kirkus Reviews starred review

"Throughout this complex narrative, Ms. Khan writes with unfailing intelligence and linguistic magic. For Westerners, she unlocks doors and windows onto Pakistan and its Islamic culture...Certainly, most readers will find traditions and ideas that are new to them in this skillful and challenging volume." --Washington Times

"Paperback Gem: A family united and divided by faith. Uzma Aslam Khan, a fearless young Pakistani novelist, writes about what lies beneath the surface--ancient fossils embedded in desert hillsides, truths hidden inside the language of everyday life. In The Geometry of God (Clockroot), set in 1970s and '80s Pakistan, a young math whiz called Noman writes pseudoscience for his father's cohort of religious extremists while secretly gravitating toward a diehard evolutionist and his adventurous granddaughter, Amal. As faith and reason fatally collide, Amal's blind younger sister, Mehwish, tries to decipher a world she cannot see but understands better than most. Khan's urgent defense of free thought and action--often galvanized by strong-minded, sensuous women--courses through every page of this gorgeously complex book; but what really draws the reader in is the way Mehwish taste-tests the words she hears, as if they were pieces of fruit, and probes the meaning of human connection in a culture of intolerance, but also of stubborn hope." -- Cathleen Medwick, O Magazine --O Magazine

Uzma Aslam Khan is the author of three novels, including Trespassing, which was shortlisted for the Commonwealth Writers Prize. She lives in Hawaii.
Read more