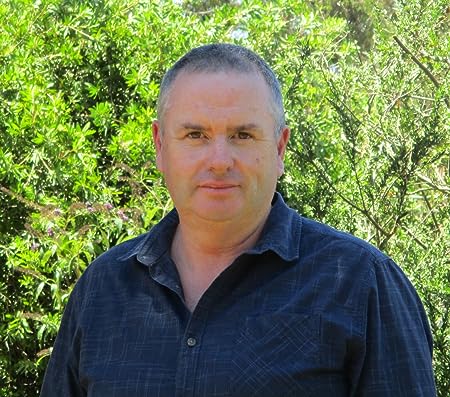 George Fairbrother is the author of the Armstrong and Burton series, historical and political novels set largely in 1980s Britain, and Lost in Solway. He also produces and hosts the DEC4 Podcast. His interests include working-class and cultural history, classic rock music, post-war British cinema and television, and Hollywood in the studio era.
Read more 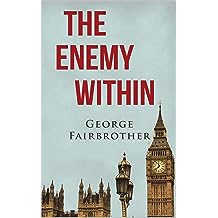 The Enemy Within (The Armstrong and Burton series Book 3) Jun 25, 2020
by George Fairbrother
( 6 )
$3.90
Veteran Geordie lobby correspondent, Alf Burton, has long had to balance his personal friendship with Conservative Home Secretary, Sir Norman Armstrong, with his political views and background. Anti-Thatcherite, working-class champion, crusading journalist and political commentator, his role as national radio presenter and interviewer for one of the leading Tory Party donors, heightens the tension further. Especially when the Home Office plans to enforce mass redundancies in shipbuilding hot on the heels of the bitter Miners' Strike of 1984-5. His already divided loyalties are stretched to the limit as his journalistic powers are enlisted to investigate the suspicious wartime death and disappearance of a Scotland Yard detective on the point of uncovering disturbing information concerning respected political dynasties at the heart of government. His search reveals a complex web of police corruption, organised crime and a secret society, from which extricating himself is not an option.
Read more
Other Formats: Paperback 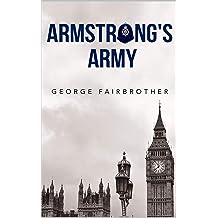 Armstrong's Army (The Armstrong and Burton series Book 2) Jan 30, 2020
by George Fairbrother
( 5 )
$5.32
The summer of 1984 is eventful, to say the least, in British politics. Riots, bombings and the murder of a police officer have all occurred. Besides, the miners' strike is in progress, policed (or aggravated) by the special unit dubbed ‘Armstrong's Army'.

The strike affects the whole nation. The murder of a taxi driver and an undercover Special Branch agent; police informants infiltrating the miners' pickets. Numerous claims are being made of police corruption and crime.

Home Secretary, Sir Norman Armstrong and his old friend; outspoken, left wing commentator Alf Burton, find themselves entrenched on opposite sides of this increasingly bitter and deadly fight. Can their decades-old friendship survive?

Meanwhile, what of the papers lost years ago, with the sinking of the Lady Georgiana? Alf Burton uncovers increasingly disturbing links to the current day, and finds Sir Norman's own family heavily implicated. What was the secret they concealed?
Read more
Other Formats: Paperback 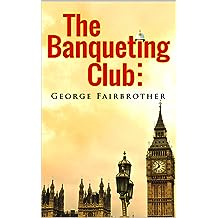 The Banqueting Club (The Armstrong and Burton series Book 1) Apr 25, 2019
by George Fairbrother
( 12 )
$5.22
Norman Armstrong and Alf Burton are an unlikely pair of political friends. One is a left-wing journalist who grew up in poverty, a man with a national reputation and a sharp tongue. The other is the Tory Chief Whip and the latest in a long family line of distinguished politicians. A violent argument between the two proves to be the beginning of a lasting bond. When Alf tells Norman that he has been lucky enough to secure access to a revelatory manuscript written by Charlotte Morris - an Edwardian popular novelist who made herself unpopular with the Establishment by campaigning against Kitchener's concentration camps - both men immediately understand the potentially explosive significance of the event. But neither could have predicted the extraordinary way in which, against the background of 1980s Britain and the imminent miners' strike, this political thriller would unfold.
Read more
Other Formats: Paperback 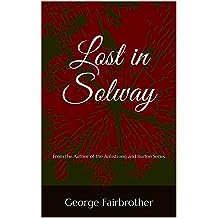 Solway is a tough industrial city somewhere on England's North Sea coast. The Great Depression laid waste to its proud engineering and shipbuilding heritage, creating poverty on a Dickensian scale, but the onset of World War Two offered the dying city a lifeline; moribund industry was resurrected for the war effort and thousands went back to work.

But now the city faces a new threat, this time from above; docks, factories and military installations are prime targets for German bombers, turning long winter nights into hours of relentless, soul-destroying terror.

Movie-obsessed Sylvia Bullock and easy-going Sidney Williams grew up together in the working-class terraced streets around Old Forge Lane. As young adults, they are now on the frontline, working the late shift on the buses, and facing dangers as real and immediate as many of their friends and family fighting overseas.

One foggy night in the bleak January of 1943, with storm clouds and enemy bombers in the skies above them, life-and-death decisions confront many of Solway’s home front heroes and villains. That night, Sylvia and Sidney are brutally propelled into a strange and incomprehensible world, easily as terrifying and uncertain as the one they had left behind.