George Hamilton likes to know what's going on around the world, to delve into the customs and practices of different cultures, and this is often a feature of his novels. His tales are based on people's intense personal or family dramas, with major social or political events strongly impacting their story. In addition to World Literature, he also writes multi-genre novels which include: Historical, Suspense/Thriller, and Contemporary. He currently lives in London, England.

Visit him at his blog: http://browsingrhino.com

To get an automatic email when George's next book is released, please sign up at: http://browsingrhino.us7.list-manage.com/subscribe. Your email address will never be shared and you can unsubscribe at any time. 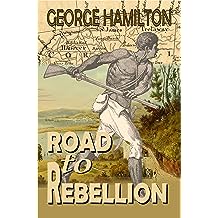 Road To Rebellion Aug 15, 2014
by George Hamilton, David Wailing
( 6 )
$4.99
Catalina is a slave with an insatiable desire for freedom.
After escaping for a second time, she is recaptured and sold to the Morley Estate on the other side of Jamaica. Unable to accept captivity, she plans to escape yet again but is temporarily thwarted by tragic events in Kingston. Her master's passionate interest in her brings some respite—until the arrival of his new wife. Both women raise sons for Charles Morley. But while others withhold a secret that could unite them, they struggle for supremacy on the estate, bringing them to a confrontation as destructive as the Maroon rebellion simmering in the mountains.
Read more
Other Formats: Paperback 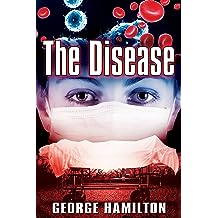 The Disease Dec 22, 2012
by George Hamilton, Olivia Wood
( 12 )
$2.99
Doctor Ludmilla Toropov is a Gold Cross bearing Daughter of her Nation, a champion advocate for President for life, Emile Sakovich. Her estranged daughter, Olga, has joined the student dissidents. When a deadly virus sweeps the world, wiping out millions in weeks, her repressive East European nation, under sanctions from the international community, becomes the first to develop a vaccine. But with their antiquated production facilities, they are only able to satisfy the demand of a small section of their population. Doctor Toropov can either watch hundreds of her patients die, or defy the state that nurtured her by attempting to smuggle the drug out to the West to be synthesized. One choice will pit her against her daughter, the other could unearth unpalatable secrets, and land her in a gulag jail.
Read more
Other Formats: Paperback 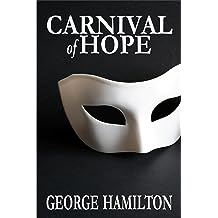 A poor idealist forced to teach in secret, and reluctant to abandon his mother. A determined young woman, desperate to escape the struggles and tragedies of a dangerous Brazilian shantytown. A carnival competition offering hope of a better future in the South...

But what lies behind the sinister practices of carnival?
What’s become of former winners who have disappeared?

The route out to a new life is not as easy as it appears, and as the competition spirals into a corrupt and perilous deception, it plunges the young loves into a fight for their lives.
Read more
Other Formats: Paperback 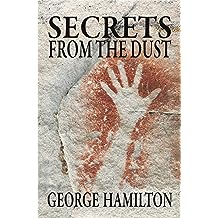 SECRETS FROM THE DUST Oct 7, 2010
by George Hamilton
( 84 )
$3.99
Snatched from her family during the 1960s, Margaret, a headstrong Aboriginal girl, is fostered by the McDonalds, in the Australian outback, under the government sponsored assimilation policies. She stubbornly fights to maintain her culture until she can escape or her real parents find her. But soon she discovers that she is growing to like many of the customs and material possessions of her captors, throwing her into an identity crisis, which rips another fault line through her world.

By the time she grows into a beautiful young woman, she has already suffered the disappointments of unrequited love and a forbidden desire. Encouraged to hide behind the identity of a Southern European, the highly charged political environment of the time, and her love for a political activist, forces her to confront her true identity.
Read more
Other Formats: Paperback