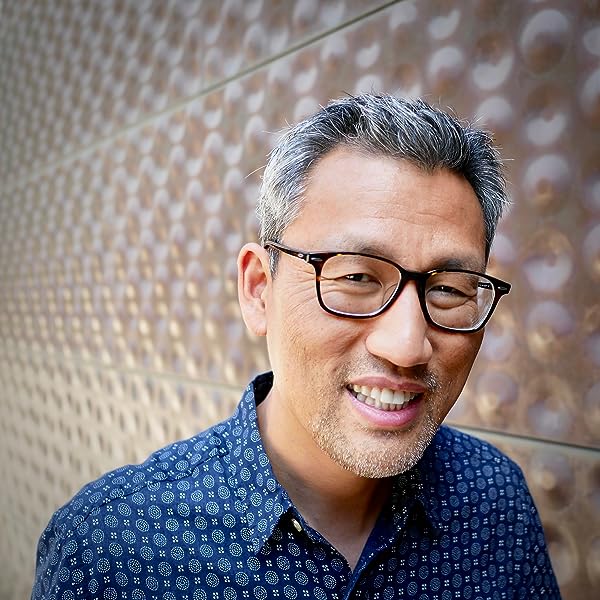 by Peter Y. Choi (Author), Mark A. Noll (Foreword)
4.6 out of 5 stars 9 ratings
See all formats and editions
Sorry, there was a problem loading this page. Try again.

GEORGE WHITEFIELD (1714–1770) is remembered as a spirited revivalist, a catalyst for the Great Awakening, and a founder of the evangelical movement in America. But Whitefield was also a citizen of the British Empire who used his political savvy and theological creativity to champion the cause of imperial expansion. In this religious biography of “the Grand Itinerant,” Peter Choi recounts a fascinating human story and, in the process, reexamines the Great Awakening and its relationship to a fast-growing British Empire.

Christopher Grasso
— College of William and Mary
“Rather than emphasizing, as most studies do, George Whitefield’s role in the dramatic events of New England’s ‘Great Awakening,’ Peter Choi concentrates on Whitefield’s own focus—his orphanage in Georgia. Pushing past the turmoil of the early 1740s, Choi studies the neglected second half of the Grand Itinerant’s public career, after the revival fires had cooled. This provocative book’s Whitefield is not merely a celebrity evangelist; he is an imperial strategist, a tactical theologian, and an empire builder who becomes an eager slaveholder and wartime propagandist. He embodies the central dynamics of the British Atlantic world in the eighteenth century.”

Margaret Bendroth
— Congregational Library & Archives, Boston
“Peter Choi shows us a George Whitefield we never knew, not just the fiery revival preacher but the pragmatic entrepreneur, a canny citizen of the British Empire. The result is a skillful and complex moral portrait of Whitefield—and a telling parable of American evangelicalism in the making.”

Publishers Weekly (STARRED review)
"Impressive. . . . Accessible prose and clear signposting make this an excellent choice for a general reader, and Choi’s engagement with broader issues of 18th-century colonialism will make it an important volume for scholars of early America. "

Mark A. Noll is the Francis A. McAnaney Professor Emeritus of History at the University of Notre Dame. His other books include A History of Christianity in the United States and Canada, America's God: From Jonathan Edwards to Abraham Lincoln, and Turning Points: Decisive Moments in the History of Christianity.

Peter Choi is Director of Academic Programs at Newbigin House of Studies in San Francisco. He has taught history of Christianity courses at Calvin Theological Seminary and the University of Notre Dame.

A historian of eighteenth century North America, Peter’s areas of specialization include transatlantic revival religion, early evangelicalism, and world Christianity. His research has been funded by the Andrew Mellon Foundation, the Historical Society of Pennsylvania, the Huntington Library, and the Library Company of Philadelphia.

This book talks about Whitefield's involvement in building an orphanage, his influence during the French and Indian War, and about his influence on slavery in the colony of Georgia. It paints him as a real human being, with flaws and all, rather than the larger-than-life preacher figure that many people make him out to be today.

It has a fairly scholarly tone, and is probably not something that you'll be able to sit down to and read in one sitting, but if you're looking to learn more on what George Whitefield was really like, this is a good place to start.
Read more
5 people found this helpful
Helpful
Report abuse

Rick Kennedy
5.0 out of 5 stars A good example of the maturity of evangelicalism’s scholarship about itself.
Reviewed in the United States 🇺🇸 on February 23, 2019
Peter Choi’s biography, George Whitefield: Evangelist for God and Empire, explores various ways that Whitefield’s zeal for good works not only put him on a pedestal but also entangled him in a war against Catholicism and the promotion of race-based slavery. By exposing less-than-uplifting facts about Whitefield, the book illuminates unhealthy aspects of 18th-century evangelicalism’s intimate relationship with the British Empire.

Choi, who is a pastor of spiritual theology at City Church, San Francisco, and director of academic programs at the Newbigin House of Studies, is not out to undermine Whitefield’s reputation for piety or drag his work as a revivalist down into mere politics. Instead, Choi offers a revealing case study of evangelicalism’s “entanglement” with its host culture. The book is a good example of the maturity of evangelicalism’s scholarship about itself. Although some prefer to emphasize the heavenly side of evangelicalism’s history, the truth is, as Jesus taught in the parable of the wheat and the tares, the heavenly and earthly grow together until the final harvest.
Read more
4 people found this helpful
Helpful
Report abuse
See all reviews