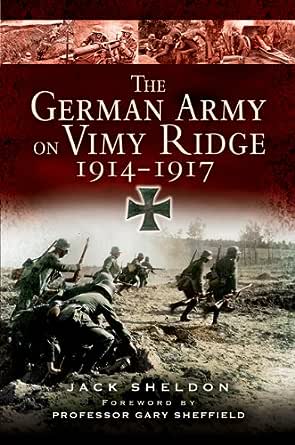 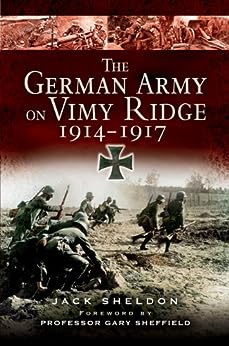 Educated at Inverness Royal Academy, the Royal Military Academy Sandhurst and the Universities of Lancaster and Westminster, Jack Sheldon completed a thirty-five year career as a member of the Queen’s Lancashire Regiment.

In 1982 he graduated from the German General Staff course at the Führungsakademie, Hamburg and went on to fill international staff appointments and to command an infantry training battalion. His final post before retirement in 2003 was as Military Attaché Berlin.

He now lives in France and has rapidly established himself as an expert in German First World War history. He was an honorary researcher for the Thiepval Visitor Centre Project, is a member of the British Commission for Military History and is the author of the highly acclaimed The German Army on the Somme 1914 – 1916, The German Army at Passchendaele and a number of Battleground Europe titles. --This text refers to the paperback edition.

William Hopke
1.0 out of 5 stars Skip This One
Reviewed in the United States on August 21, 2017
Verified Purchase
This has to be the most boring, turgid book on WWI I have ever read. Just horrible. It is mainly a compilation of German soldier’s war diary entries. I took a graduate course in Historiography and the thing they urged was that the “history book” tell a story – have a theme. Very little in the way of any overall theme other than it all takes place on Vimy Ridge. In my opinion a really bad book on WW! History. Just a cut and paste from war diaries. I donated my copy to the local library for a book drive – didn’t even want to keep it as part of my library.
Read more
Helpful
Report abuse

Paul
5.0 out of 5 stars The horror of war in detail
Reviewed in the United States on February 26, 2014
Verified Purchase
Great author, a very well researched book containing very much detail from original sources. I am still reading this and even at the exchange rate I can recommend this book as a darn good read.
Read more
5 people found this helpful
Helpful
Report abuse

peter henry
4.0 out of 5 stars Good Read
Reviewed in the United States on September 25, 2013
Verified Purchase
It is helpful in understanding any war to have another point of view. In this case, the diaries from various levels of German authorities, but particularly the thoughts of those who were in the trenches, were most enlightening. I would have enjoyed more maps but the Kindle format allows me to refer to other maps sources.
Read more
3 people found this helpful
Helpful
Report abuse

P. Hederer
5.0 out of 5 stars Another great effort by Jack Sheldon
Reviewed in the United States on June 10, 2008
Author Jack Sheldon has performed a real service to readers in providing a rare glimpse into the first-hand accounts, thoughts and actions of German soldiers of the Great War. For the first time the authentic voice of German veterans can be read by non-German speakers.

Expertly combining first-hand accounts, archival material, as well as large numbers of narratives from German regimental histories, the author weaves together the story of soldiers in combat using their own words.

The value of his writing transcends those interested in the German Army, to those, who reading about their own countries troops, would like to learn more about the men who fought, and often died, "on the other side of the hill."

The primary purpose of the German regimental histories was for the veterans of the units themselves, and to maintain the traditions of units disbanded after the war. The actual writing of the regimental histories was undertaken by single authors or in some cases by regimental associations. With this in mind the author reminds us of the natural (and understandable) human tendency to put endeavors in their best light. It is worth noting that though the regimental histories were not written by the Reicharchivs, influence was exerted in the form of editorial agreements which potential authors had to sign to gain access to the all important unit files in the archives. This being said, it was also written guidance that failures of the unit could be written about honestly.

By explaining the value and limitations of the sources left to researchers of the German army in the war, the author clearly shows that his readers are in good hands.

In summary Jack Sheldon's books offer a valuable look into the up till now closed experience of the German soldier in the Great War. By his able writing and expert use of material he has provided a valuable resource to both students and experts of the Great War.
Read more
19 people found this helpful
Helpful
Report abuse
See all reviews

syd haywood NAME_NOT_RETURNED
5.0 out of 5 stars reliability
Reviewed in the United Kingdom on January 26, 2020
Verified Purchase
Nothing to dislike, this was a most interesting and informative book
Read more
Report abuse

Mr. J. H. Pearson
5.0 out of 5 stars Great research.
Reviewed in the United Kingdom on May 24, 2017
Verified Purchase
A great piece of research proud to add this to my Jack Sheldon shelf.
Read more
One person found this helpful
Report abuse

k lawrence
5.0 out of 5 stars Five Stars
Reviewed in the United Kingdom on July 30, 2016
Verified Purchase
A good review from the German side
Read more
One person found this helpful
Report abuse