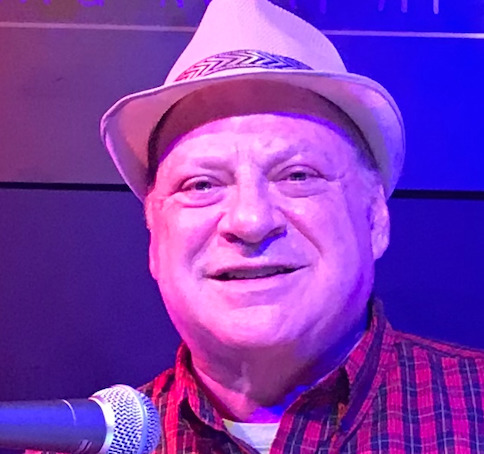 Get the Led Out: How Led Zeppelin Became the Biggest Band in the World Hardcover – November 6, 2012

Denny Somach is an author and Grammy® Award-winning producer through his company Denny Somach Productions--one of the most successful independent producers of syndicated and network radio programming in the country. DSP's landmark programming includes Legends of Rock, Live From the Hard Rock Cafe for NBC; Rolling Stone Magazine's Continuous History of Rock and Roll for ABC; and Scott Muni's Ticket to Ride. Somach is considered to be an originator of the Classic Rock format and has created some of the most memorable programs in rock radio. He has appeared on numerous television shows, including the Today show, Larry King Live, the Early Show, Dateline NBC, and CNN's Moneyline. He lives in Philadelphia, PA.

Carol Miller is one of the most legendary radio personalities in New York. After spending years at WPLJ and WNEW, she is currently the host of the long-running Carol Miller's Get the Led Out syndicated radio program, which features unusual Zeppelin facts, interviews, Zeppelin music, and trivia about specific days in Zep history. It is aired by 150 affiliates across the country as a combination of a one-hour weekly program and five weekly short features that can double as podcasts. Miller has hosted numerous nationally and internationally distributed radio and TV specials and is in the Rock and Roll Hall of Fame. She has interviewed the surviving members of Led Zeppelin numerous times and is a generally acknowledged expert on the band.

David Terralavoro
5.0 out of 5 stars Great Led Zeppelin Book!
Reviewed in the United States on March 16, 2014
Verified Purchase
I am very reluctant about reading newer LZ books - Oh here we go again - recycled facts and mistakes that the other 50 or so books have carried......... LZ went from 1968 - 1980 - theres not much more to tell unless we hear from the Riot house hotel employees and , surviving members ya know people who were actually there. Author Danny Somach shares my view in his introduction what more can I contribute (paraphrasing)> Well I read the book in its entirety - the first part is Zep and beyond, then there are interviews with among others to many to list -Dave Lewis, Phil Carson, Richard Cole, (a member of YES name escapes me..... these are people connected with the band (Dave Lewis as you may or may not know has written several books on the band and ran the "Tight But Lose") fanzine.. Excellent job! I enjoyed the book and reccomend it, Oh, bonus points for the title. By the way I didnt catch any mistakes and the history is accurate.
Read more
9 people found this helpful
Helpful
Comment Report abuse

GYHT
4.0 out of 5 stars Definitely One of the Better Zep Books Out There
Reviewed in the United States on December 18, 2013
Verified Purchase
Well, just when you thought there wasn't much to add to the Led Zep Canon - comes this book. Ok admittedly, the book doesn't really address the title. But the real nuggets are simply reading the interviews of the people who came into the orbit of Zep. These range from specific anecdotes to general observations but collectively, it's a nice book to have - if a little big to rest in your lap while lying in bed. Well packaged and laid out (the font could've been a bit bigger) - get this if you're a Zep fan and need your fix.

I do wish some of the interviews were longer - e.g. with Engineer Eddie Kramer - he must've had a lot more insights...but we get one story about Black Country Woman. Joe Perry from Aerosmith gives a long interview but is fuzzy on many details :) while we manage to hear from Bad Company drummer Simon Kirke about his John Bonham moment and A & R man Phil Carson about working on Swan Song. So there are certainly some nice anecdotes within these pages. Denny Somach doesn't always ask the deepest questions but these are minor quibbles. Well worth the spend.

Debora O'Neal
5.0 out of 5 stars Outstanding!!!!
Reviewed in the United States on May 21, 2013
Verified Purchase
This book makes a wonderful coffe table book. I had not intended it for that, it was out because I had been reading it but, I had people stop by and they spent most of the time they were here Looking at this book. it became quite the conversation piece. The pictures are Great, some of which I had not seen before. The illiststrations of the original tickets and posters are ALONE worth getting the book. I really enjoyed the interview section. This is a must have for any Led Zeppelin Fan. I can't say enough good things about this book. It is NOT A BOOk that just rehashes or sensationalizes what has been in my opinion Done To Death but a complete Date to Date schedule of each concert date with information about each. If you are fanatic ZEP fan like myself BUY THIS BOOK, YOU WILL NOT BE DISAPPOINTED!!!
Read more
5 people found this helpful
Helpful
Comment Report abuse

Scott Hughett
5.0 out of 5 stars Great Job Mr. Somach
Reviewed in the United States on June 19, 2013
Verified Purchase
Great year by year descriptions of bands tours and personal data in included, as well as interviews with bandmates and others who worked with them. Also lots of great pictures and artwork, even including pictures of tickets to some of the concerts. Great job Mr. Somach.
Scott
Read more
4 people found this helpful
Helpful
Comment Report abuse

HollyBB
5.0 out of 5 stars Great book
Reviewed in the United States on March 18, 2017
Verified Purchase
Bought this for my son, says it's very interesting.
Read more
Helpful
Comment Report abuse

i.o.p.
1.0 out of 5 stars Know your subject first!
Reviewed in the United Kingdom on January 31, 2016
Verified Purchase
Had to give this book a quick review (2012 hardcover). Today I own 96 books on Led Zeppelin. Most of them are rubbish, some are decent and only a few are excellent. As a fan since 1969, I found the content in this particular book quite lightweight and there's nothing new to the general picture. A disappointment then, especially when the author is thought to be a respected authority on Led Zeppelin.

I purchased this book in 2012 and didn't give it too much thought afterwords. Just today my 14-year old daughter (not a fan yet, but knows something about the band) was browsing through the pages and suddenly asked me something very embarrassing about the book.

There's a large black and white photo on page 81 taken from the double wedding day party of Richard Cole and Simon Kirke According to the photo text, "...in the back row are, from left to right, two unidentified guests..." Well, well, well. Those "unidentified" guests are, from left, Benji Lefevre (Robert Plant's personal aide and a major figure in the Zep camp in the second half of the seventies) and one Robert Anthony Plant (he used to be the vocalist in Led Zeppelin!!!). Even my young daughter knew Robert Plant in the photo! Should I say more?

An editing error? Couldn't be. On the positive side though, among the interviews there are short bits with Phil Carson, Ron Nevison, Mark Stein and Jake Holmes which I found interesting. Better luck next time, Denny!
Read more
One person found this helpful
Report abuse

Duckman
1.0 out of 5 stars The must ugly. Looking book ever
Reviewed in the United Kingdom on June 1, 2013
Verified Purchase
I just can not understand the glowing reviews for this one. It looks and feels like a cheap children's book. Awful kitch illustrations and substandard content.
This one is about to be returned to sender
Read more
Report abuse
See all reviews
Pages with related products. See and discover other items: songwriter gifts