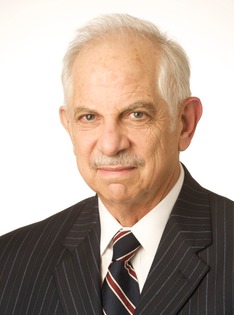 Get Rid of the Performance Review!: How Companies Can Stop Intimidating, Start Managing--and Focus on What Really Matters Hardcover – April 14, 2010

With clear, straightforward (and sometimes profane) language, Culbert (Beyond Bullsh*t) outlines his strategy for creating a "dynamic setting where employees joyfully live up to their potential." Culbert attacks the review process as "self-serving, biased opinion cloaked in a numerical package of claimed objectivity and stated as essential to organizational results." After examining the archaic system with humor and precision, Culbert outlines the shift in mindset that he feels will be necessary to create a more productive working climate. He illustrates his ideas with narratives from his own experience, first-hand tales of woe from stakeholders in the review process, and useful analogies. In addition to advocating for the end of the performance review currently in use, Culbert assails the idea of pay for performance, using humor and insight to outline win-win strategies for managers, decision makers, and even rank and file employees.
Copyright © Reed Business Information, a division of Reed Elsevier Inc. All rights reserved.

Samuel A. Culbert is Professor of Management at UCLA Anderson School of Management. He is the recipient of the American Association of Publishers Best Management Book of the Year award and the Harvard Business Review McKinsey Award.

Larry Rout is an editor at the Wall Street Journal. It was he who wrote the original explosive article about Culbert's views on performance reviews.

Start reading Get Rid of the Performance Review! on your Kindle in under a minute.

3.8 out of 5 stars
3.8 out of 5
69 global ratings
How are ratings calculated?
To calculate the overall star rating and percentage breakdown by star, we don’t use a simple average. Instead, our system considers things like how recent a review is and if the reviewer bought the item on Amazon. It also analyzes reviews to verify trustworthiness.
Top reviews

M. Goddard
5.0 out of 5 stars For everyone yearning to fulfill this provocative title...
Reviewed in the United States on October 27, 2015
Verified Purchase
Samuel Culbert's book is as direct and disruptive as its title, and yet his examples and logic lead to a compelling alternative to the tired, demoralizing practice of performance reviews as so many of us endured them - whether administering or receiving them. His model of ongoing, collaborative coaching and supervisory (two-way) feedback offers a framework for every organization to build on the strengths of both the front line and the leadership team as a team, no longer pitted against one another as judge and defendant. I would recommend it for anyone who has ever wanted to follow the advice of this provocative title while making their organization more competitive and ultimately developing the collective competence of everyone involved. Shared metrics and performance standards, a code of conduct, externally derived feedback from customers, and financial results can all replace this practice with energizing alternatives to reward and retain the best talent. Culbert is right: performance reviews are a dreaded exercise too often used to rationalize unpaid raises and bonuses or worse, the failure to generate a bonus pool from low morale in the first place. They should be abandoned, once and for all.
Read more
2 people found this helpful
Helpful
Comment Report abuse

Horn Player
5.0 out of 5 stars Dr. Culbert makes a strong argument to replace the Performance Review with Something Better
Reviewed in the United States on March 21, 2016
Verified Purchase
This was the first book on this topic that I read. Dr. Culbert presents a clear case against the effectiveness of traditional performance reviews. As I read the book I resonated with his observations regarding what the performance review was really all about (power grab, command and control, etc.) The alternative that he proposes is actually an undeveloped concept; the Performance Preview. Recently there have been several fully developed alternatives that have appeared in print. I found the alternative that worked best for my situation (a large group of physicians) in the writings of another author. Dr. Tim Baker's The End of the Performance Review proposes a fully developed roadmap for implementing a "performance preview" as proposed by Dr. Culbertson. We are in the process of implementing it. Dr. Culbert's book is the manifesto that motivates to action. Dr. Culbert's words clearly made the argument that encouraged me to look for something to replace the Performance Review.
Read more
One person found this helpful
Helpful
Comment Report abuse

Adam B. Ritchie Jr.
5.0 out of 5 stars Depicts "management sciene" run amok
Reviewed in the United States on March 13, 2011
Verified Purchase
This book has a relevance to the current jobs crisis. Employers' practice of not hiring the unemployed in favor of the already employed may well be a legacy of the performance review-ranking system which corporations use to evaluate employee performance. Samuel A. Culbert's 2010 book, "Get Rid of the Performance Review," describes management's charge to rank employees in a "forced bell curve" comprising 20% most effective, 70% effective, and 10% least effective, in which the bottom group faces termination within one year. This may seem fair until one learns that the group being ranked is usually a group of homogeneously high performers such that a scientifically-based measurement of their performance distribution could not be honestly fitted by a bell-curve, hence Professor Culbert's use of "forced bell curve" and of management's "search for failure," meaning that management has not done its job until it finds candidates for the bottom peer group. And employees showing the most independence and initiative are usually at the highest risk. Milton said it best,

"Who first seduced them to that foul revolt?
The infernal serpent; he it was, whole guile
Stirred up with envy and revenge, deceived
The mother of mankind, what time his pride
Had cast him out from heaven, with all his host
Of rebel angels, by whose aid aspiring
To set himself in glory above his peers...."

Without a doubt the first employees to be laid off - to to asked to leave the company, to be cast out from heaven - are the bottom 10%, which may be why the unemployed in search of a job are lepered by employers.

This is "management science" run amok. There is a chain of ranked employees from 1 to N, and one can find out what one's "little n" number is by asking his boss. An employee can move up from position n to position n+1 only if the person already occupying position n+1 is moved down to position n. This ranking is done in slave-mart style by bosses in ranking sessions bidding up or down employees who are not present and who are known only to his or her immediate boss and usually not at all to the other bosses. It is understood that one's immediate boss lobbies for his own people, whether with a wink or not. Thus the bosses' own status, personal strength, and mud-pot perceptions of job importance at a given time - all play a role in where an employee winds up on the chain.

Anyone can peruse a text on statistics, even one published in a business context, and find a diversity of mathematically-known statistical distributions, among which is the bell-curve distribution, whose central limit theorem states that the sum of a large number of random variables is distributed about a single mean value. But usually in employee ranking the number of "random variables" - think employees being ranked - is not large and is not random but homogeneous. If management science really was a science, managers would have to work hard to measure the true distribution of employee performance, which probably would not fit one of the analytically-known textbook examples.

Paul Bamford
4.0 out of 5 stars Exaggerating to make a point
Reviewed in the United States on August 22, 2011
Verified Purchase
This is a provocative "screed" that has received some attention in the management press (thanks in part, I suspect, to the fact that the co-author is on the staff of the Wall Street Journal). The case against traditional performance reviews is that they have effectively become tools of intimidation rather than authentic ways of helping improve performance. By eliminating them, and more importantly by changing the dynamic from superior/subordinate to leader/contributor, mistakes become opportunities to learn rather than occasions for punishment. That's a critical re-frame, in my opinion, and worth wading through the exaggerations to get to.
Read more
One person found this helpful
Helpful
Comment Report abuse

Amazon Customer
2.0 out of 5 stars Are we reading the same book?
Reviewed in the United States on January 26, 2011
Verified Purchase
For everyone who gave it 4 stars and up, I have to ask, did we all read the same book?

Here's the issue (and a handful of other reviews mention it but they're drowned out by the positive reviews) THE WHOLE BOOK CAN BE CONDENSED INTO TWO CHAPTERS max.

It is not until you get to page 143 that the author starts talking about his alternative to the PR. Seriously, come on.. If we are reading this book, it's because we are looking for an alternative. I don't need 140+ pages for you to bash on the PR - we get it, it doesn't work, got it, let's move on.

So frankly, if you want to read it - just skip the rest and read chapters 7 & 8. The first six are a complete waste of time. You do not get anything out of it other than a rehash of things you know already - PR as they are done today are not very effective.

Sohnee
5.0 out of 5 stars Matches My Experience. Explains a Great Deal!
Reviewed in the United Kingdom on August 6, 2015
Verified Purchase
There is no doubt that performance reviews and management by objective just isn't working. It certainly makes people do exactly what you have told them to do - but it doesn't help the company to succeed. I have seen the damage so often - people protecting their objectives no matter what the impact is to their team or the organisation as a whole, damage to team working, and utter de-motivation when people realise that they are getting the "standard 1%" no matter what they achieved.

I may not even implemented the solutions offered in this book, but by understanding where the damage comes from I'm certainly going to drop traditional performance reviews and solve the needs in another way.
Read more
Report abuse

Amazon Customer
1.0 out of 5 stars 143 of 229 pages to tell me - as a ...
Reviewed in the United Kingdom on November 17, 2016
Verified Purchase
143 of 229 pages to tell me - as a manager who strongly believes in colloboration and people development - about a problem that I actually haven't seen in any company I've worked for in my professional career. Very little time spent on the next step forward from what I'm already seeing and doing unfortunately. A different reviewers said 30 years too late, I agree.
Read more
Report abuse
See all reviews