You've subscribed to Single Ladies' Travel Agency! We will preorder your items within 24 hours of when they become available. When new books are released, we'll charge your default payment method for the lowest price available during the pre-order period.
Update your device or payment method, cancel individual pre-orders or your subscription at
Your Memberships & Subscriptions
There was an error. We were unable to process your subscription due to an error. Please refresh and try again. 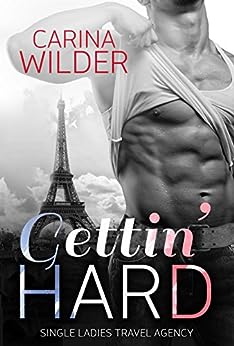 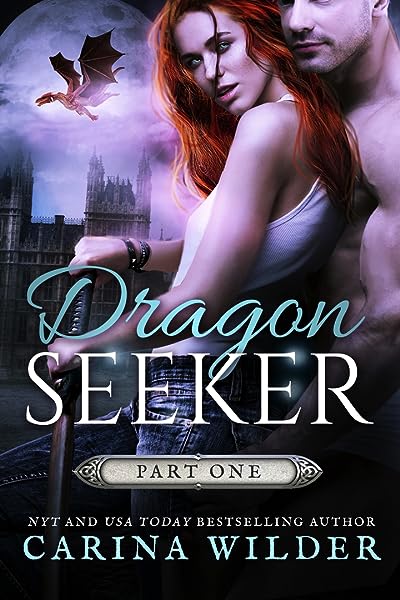 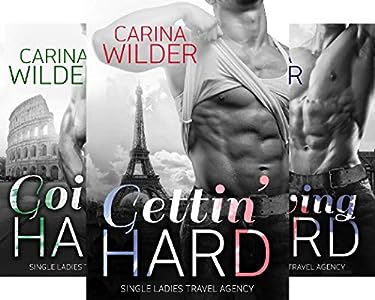 Carina Wilder is the New York Times and USA Today bestselling author of Paranormal and Contemporary Romance, including the Dragon Guild Chronicles and the Single Ladies' Travel Agency. When she's not writing, Ms. Wilder spends her time traveling with her real life love. --This text refers to the paperback edition.

4.2 out of 5 stars
4.2 out of 5
45 global ratings
How are ratings calculated?
To calculate the overall star rating and percentage breakdown by star, we don’t use a simple average. Instead, our system considers things like how recent a review is and if the reviewer bought the item on Amazon. It also analyzes reviews to verify trustworthiness.
Top reviews

Grady HarpTop Contributor: Children's Books
HALL OF FAMETOP 100 REVIEWER
4.0 out of 5 stars ‘You’re completely nuts, and I’m only slightly too polite to say it to your face look.’
Reviewed in the United States on October 3, 2018
Verified Purchase
Carina Wilder is the New York Times and USA Today bestselling author of Paranormal and Contemporary Romance, including the Dragon Guild Chronicles and the Single Ladies' Travel Agency. She enjoys writing about strong, real (though admittedly occasionally able to shift, work magic and seduce men with nothing more than their eyes and a blowtorch) women. Her heroines have attitude, flaws, insecurities and bodies that aren't manufactured in laboratories. She also loves traveling, which continues to influence her writing and story lines.

Carina introduces her story with a short summary – ‘When Adriana decides to head to Paris on a trip to "get away from it all," little does she realize what she's in for. Before she's even crossed the Atlantic she meets Conlon Davies, the handsome billionaire with abs of steel and a sharp tongue to match. But he's just a distraction, or at least that's what she tells herself. Just a little hors d'oeuvre before the main course... Conlon is a self-proclaimed b*****d with no interest in commitment. Women are a game for him; one-night conquests, disposable units of femininity. That is, until Adriana walks into his life. She's beautiful, clever and complicated. And she's supposed to head home soon. But he might just have to figure out how to persuade her to stay.

Naughty, steaming, but with interesting characters, SINGLE LADIES TRAVEL AGENCY series starts with a bang for the Chick Lit arena. Makes you wonder where all her travels will take us. Grady Harp, October 18
Read more
2 people found this helpful
Helpful
Report abuse

S Long
4.0 out of 5 stars No regrets
Reviewed in the United States on February 24, 2018
Verified Purchase
Good read. Was nice to see the curb on the swearing. I've always thought swearing was a sign of having a lack of something intelligent to say. Would have liked to see a more in-depth ending. The title didn't have anything really to do with the story. Proofreading was good, no cheating or cliffhanger and you get a happy ending. Enjoy
Read more
6 people found this helpful
Helpful
Report abuse

Amazon Customer
5.0 out of 5 stars Conlon & Adriana
Reviewed in the United States on May 31, 2019
Verified Purchase
What a great story! I loved Conlon and Adriana’s story. It was great how fate brought them together on the plane. Paris was the perfect catalyst for their relationship. But they were both so stubborn and closed off. It’s just good that Paris was so persistent.

The descriptions of the city were amazing. I have been there once and it made me feel as though I was right back there seeing Notre Dame, the Louvre, Versailles, the Arc de Triumph and the Eiffel Tower. I will definitely read more books by this author!
Read more
Helpful
Report abuse

Barbubblie
5.0 out of 5 stars Lovely
Reviewed in the United States on March 30, 2018
Verified Purchase
A great tale of a broken man, and a heartbroken woman. He's trying to stay a step ahead of his heart, and she's trying to take control back from her heart. The two meet explosively in the middle.
Read more
2 people found this helpful
Helpful
Report abuse

Kindle Customer
1.0 out of 5 stars Boring
Reviewed in the United States on March 3, 2018
Verified Purchase
This book started out good but than it just went down hill kept skipping page after page thinking would get better but no luck it was kind of childish and the way it ended not good will not keep reading this series.
Read more
3 people found this helpful
Helpful
Report abuse

sharon d. jasper
5.0 out of 5 stars Hits you in the heart
Reviewed in the United States on June 22, 2019
Verified Purchase
I really loved the reality of your characters lives, neither was searching for love but it hit them like a ton of bricks. Both had to get out if their comfort zone and enjoy the moments they shared because they were terrified of commitment. Finally love was found only when they both accept their vulnerability and let their control lapse. Keep them coming.

jkengle295
5.0 out of 5 stars Hot and steamy
Reviewed in the United States on July 11, 2019
Verified Purchase
While I Iiked this book, i was amazed at how, once again, the reason for a guy being afraid to commit is so lame. Plus, Adrianna was going to let him get away with it.
Read more
Helpful
Report abuse
See all reviews

Sal
5.0 out of 5 stars Wow!!!
Reviewed in the United Kingdom on June 9, 2017
Verified Purchase
What a fantastic book. I loved every single page. Perfectly written, I loved the characters. I'm hoping there will be a story about Galen, Conlon's brother. Great book great read, sad I've just finished it. 😔
Read more
Report abuse
See all reviews
Back to top
Get to Know Us
Make Money with Us
Amazon Payment Products
Let Us Help You
EnglishChoose a language for shopping. United StatesChoose a country/region for shopping.
© 1996-2021, Amazon.com, Inc. or its affiliates