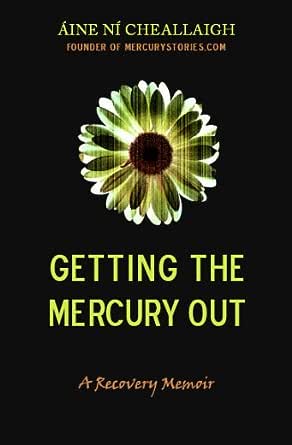 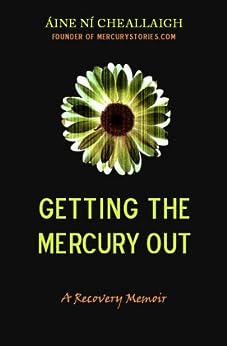 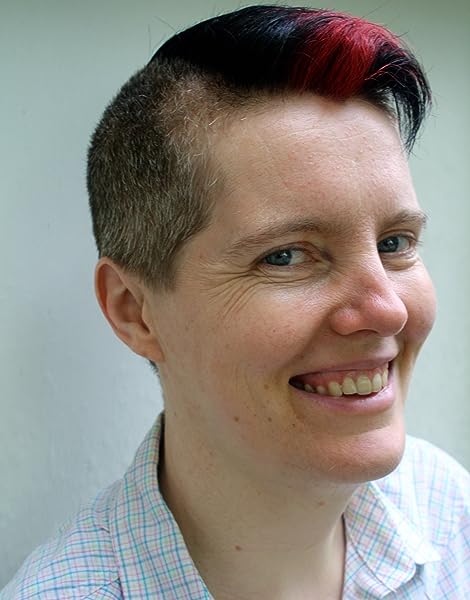 Getting the Mercury Out Kindle Edition

4.2 out of 5 stars
4.2 out of 5
40 customer ratings
How does Amazon calculate star ratings?
Amazon calculates a product’s star ratings based on a machine learned model instead of a raw data average. The model takes into account factors including the age of a rating, whether the ratings are from verified purchasers, and factors that establish reviewer trustworthiness.

T. Franklin
2.0 out of 5 stars Was mercury making her sick ...or was it lead...or was it both?
Reviewed in the United States on December 21, 2017
Verified Purchase
Yes, this was a well-written memoir about a young woman's struggle with illness. It is an intriguing story and I am happy that she recovers in the end. However, the title and the book are misleading as the author also had high levels of lead in her system that she was also attempting to clear. The symptoms of mercury and lead poisoning are similar. Therefore, her symptoms could never be definitively ascribed to lead or mercury. But, most importantly - if anyone thinks that this book will teach you how to chelate, it will not. There are much better, clearer protocols and as the author must agree - the process is as individual as a thumb print. She does not list clear protocols and has expectations that every time she changes a dose or adds a drug or subtracts one (which she does continually) - whatever happens to her next - is related to that change. There is no way of knowing that and in fact, I do not believe them to be connected in most instances. Also, it is a small annoyance that she refers to her girlfriend as her girlfriend throughout the book - never giving her a name - but in the epilogue - provides her name.
Read more
8 people found this helpful
Helpful
Comment Report abuse

J. Polatnick
4.0 out of 5 stars Inspiration for a hard to define health challenge
Reviewed in the United States on August 11, 2018
Verified Purchase
By no means is this a guidebook for recovery, nor does the author claim it should be. If you're expecting to acquire specific knowledge, look to Dr. Chris Shade Ph.D of "QuickSilverScientific". The Author's struggle was very real, but I suspect her health challenge was not restricted to "mercury toxicity". By no means am I eschewing her claim, as mercury toxicity is a very real health issue, which receives little credence from the traditional Medical community. Genetic predispositions like the MTHFR gene, pose additional challenges for proper chelation of toxins. A writing style that keeps your attention, although I often felt her girlfriend was such a minimized support character in her road to recovery.
Read more
2 people found this helpful
Helpful
Comment Report abuse

WJM
4.0 out of 5 stars Great detail about all the suffering
Reviewed in the United States on April 6, 2019
Verified Purchase
This woman goes through great detail in describing her ordeal with mercury toxicity and the Andrew Cutler Protocol. This would be a classic example as what to expect. Two years of hell. Glad she made it through, there is a happy ending.
Read more

Girl Friday
5.0 out of 5 stars A Voice
Reviewed in the United States on June 9, 2013
Verified Purchase
I am very grateful for this book. I knew that mercury was an underlying issue for me but no clue how to go about doing anything about it. Over ten years the fact that my amalgams were removed by someone not educated in how to properly remove mercury from someone's mouth became a muddled back thought as my health crashed and no doctor helped me. But now with an understanding of why my health is so poor I can move forward to heal. THIS book truly has given me strength of heart to move forward. Told candidly and with such heart, I could not put this book down and stayed up to read it cover to cover in one evening. I watched the sun coming up hours later with the feeling that someone else had cleared the pathway and all I needed to do was follow her light. Excellent read. Well written - no - I take that back. It is VERY well written and I do hope to see more books by this author in time.
Read more
7 people found this helpful
Helpful
Comment Report abuse

DRBookLover
5.0 out of 5 stars great book about mercury poisoning experience
Reviewed in the United States on June 30, 2011
Verified Purchase
I am mercury poisoned and when I became aware of it (after breaking a thermometer but also had amalgams), this is the book I needed so badly. I wanted to read another person's experience. What worked, what didn't work, the ups and downs--all of it. And this is that book.

Its so hard for people who are not mercury poisoned to understand what its like and that's why I have suggested to several people to have their family read this book. It puts you into the mind of one person who was mercury poisoned and we have a lot in common.

Its well-written, well-paced and I'm so glad this book got written. My only criticism comes at the end when she stops doing one chelator possibly too soon, but I don't know her, so how would I know for sure?

John O'Brien
5.0 out of 5 stars The author's life is my life.
Reviewed in the United States on September 5, 2011
Verified Purchase
About 6 years ago, my life spiralled downwards. I became progressively ill as time passed. It was inevitably linked to mercury toxicity. They say a problem shared is a problem halved, and that's exactly how I felt reading this book. Áine's story is my story. Everything she experienced, I have experienced. Reading the book, it felt as if she was telling the story of my life.

Anyone who has been unfortunate enough to become poisoned with mercury, knows the long and arduous journey it takes to diagnose the problem, and even longer to remedy it. Áine's book gave me hope, because she documented a journey that I am now embarked on - to remedy myself from mercury toxicity using the Cutler protocol.

I couldn't help but empathise with everything she went through. The clouded mind, the routine illnesses that keep cropping up, the restrictive diet to counter food intolerances.. I've gone through it all. But there is hope at the end, and that's why this is such a great story. Anyone who is burdened with mercury, should read this book. It will re-assure you that you are not on a journey alone, and that someone has walked the footsteps that you are in. It will remind you that despite the difficulty of chelation, there is a light at the end of the tunnel.

Áine holds no minor detail back. Her illness is described in shocking accuracy. But that is why it is so good - because it is relatable. You feel in tune with everything she says. This book is one of many stories about mercury toxicity, but none have gone to the great detail Áine Ní Cheallaigh has, and documented it in great detail and with a great emotional investment.

The book is not too long, which is a benefit for anyone suffering with brain-fog. It reads at the perfect pace, and is easy to follow. 5 stars.
Read more
25 people found this helpful
Helpful
Comment Report abuse
See all reviews from the United States

Edgar
3.0 out of 5 stars Interesting story regarding the struggle of heavy metal toxicity and ...
Reviewed in the United Kingdom on January 25, 2018
Verified Purchase
Interesting story regarding the struggle of heavy metal toxicity and removal but no practical advice. For that reason I’ve given 3 stars as the title is misleading.
I do though think the story highlights the problem of heavy metal toxicity. Do rhesus negative women realise they are given shots of mercury during or after pregnancy to prevent rh antibodies. Then all the vaccinations and amalgam and coal fires and and and.... Joe public are not given enough information with which to make a true lay informed choice on these things and so in our ignorance we acquiesce.
How many of us are toxic we’ll actually it’s perhaps more appropriate to ask how many of us are not toxic- very few would be my guess.
If you have an illness think about and test for heavy metal toxicity. Best of luck.
Read more
2 people found this helpful
Helpful
Sending feedback...
Thank you for your feedback.
Sorry, we failed to record your vote. Please try again
Report abuse

Calliann
4.0 out of 5 stars A must for sufferers of mercury poisoning.
Reviewed in the United Kingdom on April 17, 2013
Verified Purchase
I found Aine's experiences with mercury poisoning similar to my own, and it was helpful to read another woman's thoughts and feelings. It was good to see how her road to recovery progressed, and I could relate to her frustration and loneliness, as it is an illness that leaves the sufferer very isolated from friends, family and certainly the health services. I would certainly recommend this to sufferers of heavy metal poisoning, and also to their friends & family so they can have an understanding of what the person is going through.
Read more
4 people found this helpful
Helpful
Sending feedback...
Thank you for your feedback.
Sorry, we failed to record your vote. Please try again
Report abuse

Angelina Birch
5.0 out of 5 stars Get this one
Reviewed in the United Kingdom on September 1, 2014
Verified Purchase
Amazing book, powerful information, scary honest and full of hope for healing thank you
Read more
4 people found this helpful
Helpful
Sending feedback...
Thank you for your feedback.
Sorry, we failed to record your vote. Please try again
Report abuse

Donna
5.0 out of 5 stars Informative and Helpful
Reviewed in the United Kingdom on June 3, 2013
Verified Purchase
I would recommend this book to anyone interested in the amalgam controversy, particularly those who are, or who suspect they are, suffering from mercury poisoning due to amalgam fillings.