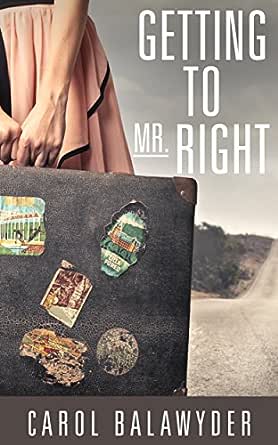 You've subscribed to Getting to Mr. Right Series! We will preorder your items within 24 hours of when they become available. When new books are released, we'll charge your default payment method for the lowest price available during the pre-order period.
Update your device or payment method, cancel individual pre-orders or your subscription at
Your Memberships & Subscriptions
There was an error. We were unable to process your subscription due to an error. Please refresh and try again. 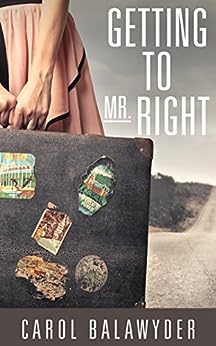 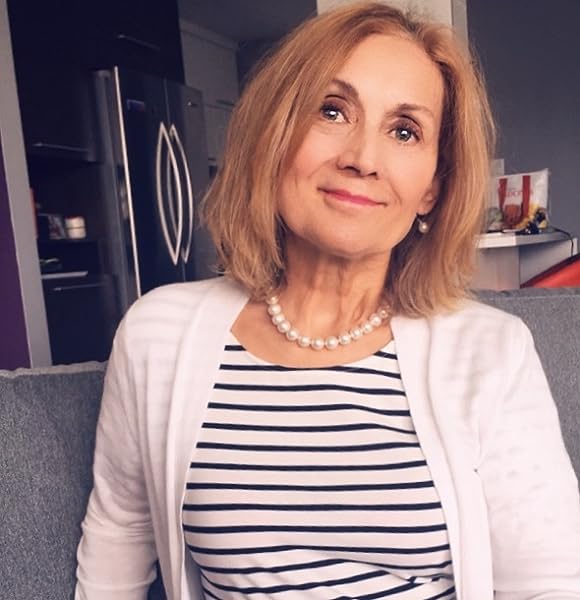 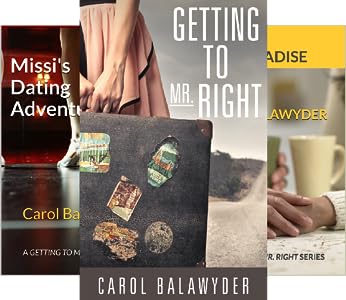 Getting to Mr. Right Series
Kindle Edition
Page 1 of 1Start OverPage 1 of 1
Previous page
Next page

Jjspina
5.0 out of 5 stars A fascinating story about relationships and happiness!
Reviewed in the United States on March 22, 2018
Verified Purchase
An intriguing premise - finding your Prince Charming - in this book will keep you interested especially if you are in that phase of your life. Campbell is doing research and hopes to complete her paper and win an award at completion.

Campbell run workshops to gain more information for her research. In her latest workshop she has three women, Suzy, Missi, and Felicity, who are all having issues in their lives finding Mr. Right and/or dealing with relationships with their fathers.

The author has created an enjoyable story that will reach all women wherever they are in their lives. This is a creative look into relationships and how each person dealt with their individual problems finding happiness. The author has created interesting characters who are believable and flawed in one way or another. These characters work beyond these flaws to find their niches in life to gain happiness and fulfillment in one or another.

I thoroughly enjoyed this book and would recommend it to all woman and men who want to see beyond the myth or mystique of Mr. Right.
Read more
Helpful
Comment Report abuse

AF
5.0 out of 5 stars Attention Women Readers!!!
Reviewed in the United States on November 25, 2014
Verified Purchase
As a woman who grew up without her father in the house (or city or state for that matter), I was eager to read “Getting to Mr. Right,” a fictional story of four women who had “unavailable fathers” and the impact that had on their adult lives. This book was also intriguing to me because of the promised discussion of whether Mr. Right really exists and if so, could a woman with “father issues” identify him if he crossed her path. I’m happy to say that this was a book well worth my reading time. It kept me engaged from page one to the end.

“Getting to Mr. Right” is the story of Missi, Campbell, Suzy and Felicity; four women who form a friendship over two common facts: they all have father issues and they all are wondering if Prince Charming exists for them or if he is a myth.

The first path of this story addresses how the four women’s fathers’ actions (or inaction) formed their approaches to male-female romantic relationships. Approaches that range from being overly critical of men, to being too submissive, to being far too dependent, needy and high maintenance, to being guilt laden. In essence, approaches that really point to feelings of unworthiness.
The second path of this story shows how the women’s views impact their ability to date in a healthy way, to end relationships in a healthy way, to stand strong for their values and goals, and to release the past in a healthy way.

Without giving too many details away (I’ll leave that for readers to enjoy), the four women “come into their own,” evolving through the use of honest discussions, emotional and mental support, courage to withstand a full examination, truth and change.

I enjoyed this story immensely and encourage all female readers, whether they have father issues or not and whether they have found their Prince Charming or not, to buy and read this book. I think women will be surprised at the small and large personal truths that will surface. I know I was.

Carrie
5.0 out of 5 stars More than just a love story. An enjoyable read.
Reviewed in the United States on October 3, 2014
Verified Purchase
4.5 stars

Three women sign up for a workshop under the guidance of Campbell, a counselor who's spent her career trying to debunk the Prince Charming myth, a concept where women expect a man to rescue them and be the sole source of their happiness. She believes a deeper issue is at heart, one that stems from troubled father/daughter relationships, all of which these three women have. What Campbell doesn't expect, however, is to meet a new man who challenges the very essence of her research, making her wonder if it's all been for naught. What if she's seen as a fraud?

As a long-time married woman, I found it interesting to read about the exploits of these women in search of a man, everything from Internet dating to extramarital affairs to "Cougarism." The author does a nice job of weaving their stories together and wraps everything up in a satisfying ending. Though I read very little romance, the book kept my interest, and the characters had depth and realism. It's much more than just a series of love stories. While I prefer more action in books and less introspection, the thoughtful exploration of characters made this an enjoyable read.

Kindle Customer
5.0 out of 5 stars Mr. Right, Where Are You? Paging Mr. Right!
Reviewed in the United States on April 9, 2015
Verified Purchase
If it were only that easy! But, of course, it is not.

Carol Balawyder has captured the psychological and the emotional, two strong detrimental or favorable adherents to how to succeed in finding Prince Charming. This book is more truth than fiction and one or more of the main characters will resonate within you in the dating/relationship/marriage arena.

Do you sabotage your own chances for happiness? Do you have a father or lack-of-father complex? Do you fall in love too easily and unrealistically? Or will this wonderful storytelling open your eyes to what you are really looking for? Of course, you have to know what that is first.

Campbell, Felicity, Suzy, and especially recently separated Missi are thrown together in a scientific study to debunk the Prince Charming myth. Surprises are in store galore as everyone's perceptions are altered by their personal choices and push-me/pull-me energy of the group. The readers will all learn valuable lessons, some with happiness, some with sadness. Just as the reader will follow along with the great research that had gone into this novel.

Truth may be stranger than fiction. But fiction allows the truth to surface in amazing way.

I highly recommend this great read for women of all ages and men who may want to understand us creatures from Venus a little better. Enjoy the ride!
Read more
Helpful
Comment Report abuse
See all reviews

DGKaye
5.0 out of 5 stars Does Prince Charming Exist?
Reviewed in Canada on May 4, 2015
Verified Purchase
A great women's fiction read but really not far from the reality of many women entering mid-life. Do the relationships daughters have with their fathers lead to their choices in, or their beliefs about the men they later form relationships with? It would seem that this group of women all carry some sort of baggage from their past relationships as so many of us do in real life.
Campbell's questioning of the existence of Prince Charming being a myth is the topic for the little women's group formed by the four women in the book. Missi has been duped by a philandering husband, Suzy exhausted with unsuccessful online dating, and Felicity is ruled by her father's dominance and the initial abandoning of her real dreams for the sake of keeping her father happy. Campbell herself, feels as though there is no such thing as Prince Charming until she is faced with the potential of one which makes her question her initial belief, why she formed the group in the first place, and if her belief could be altered.
As the women forge friendships amongst themselves, we learn about some of the damage in their pasts which has hindered their happiness in seeking relationships from having trust issues and low expectations. Throughout this well told story, these women begin to learn from one another and help restore one another's esteem and beliefs that there really can be happy endings.
Read more
Report abuse

Harvard.M.D.
5.0 out of 5 stars Fun lighthearted and earnest women's literature
Reviewed in France on February 1, 2015
Verified Purchase
Fun, lighthearted yet earnest book on 4 women's adventures in middle-age dating. Characters are believable and of different ages. There's something for everything woman reader. Enjoy the book and the pastries in it! - Justine
Read more
Report abuse
See all reviews