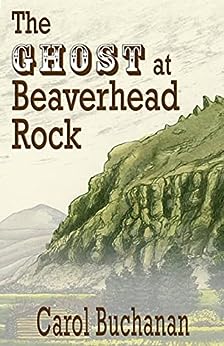 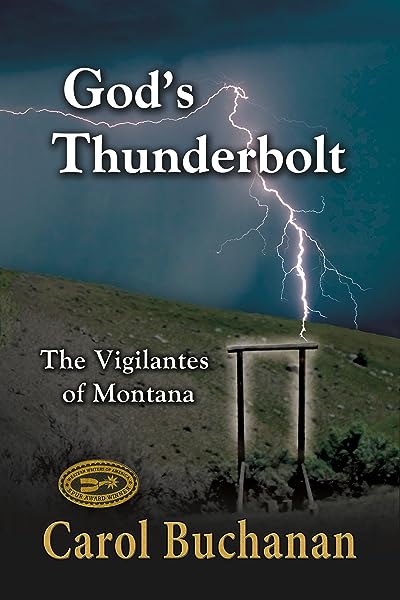 by Carol Buchanan (Author) Format: Kindle Edition
Book 4 of 4: The Montana Vigilantes Series
See all formats and editions
Sorry, there was a problem loading this page. Try again.
Daniel Stark is a lawyer and the prosecutor for the Montana Vigilantes. During the winter of 1863 – 1864, the Vigilantes were the only force capable of ending the reign of terror in Alder Gulch, site of a gold rush that yielded an estimated $20,000,000 in gold. Now, at the end of 1864, with Montana Territory forming justice courts, the new Chief Justice tells the Vigilantes, “No more midnight executions.” But Dan is accused of murdering Sam McDowell, his wife's first husband. If he cannot find the true killer, he would face that same Chief Justice in a trial for his life. And if the Vigilantes – who have not disbanded – don't like the court's verdict, they may decide to try him in the Vigilante tribunal. As he pictures himself on the gallows, the ghost of a hanged man haunts him. Is it a vision of his fate to come? Is it retribution? Dan tells himself, I do not believe in ghosts.
Read more
Previous page
Next page

"Buchanan offers a murder mystery that is set during a formative time in Montana's history. It is an absorbing period, when the laws were unclear and so much rested on their creation and enforcement. ... (Daniel) Stark is a compelling, complicated hero, one of several finely drawn characters who bring the Old West to life." Kirkus Reviews"...a smooth reading, fast-paced read you will work fast every day to get back to reading in the evening. ... The Ghost is fourth in a series that has garnered some awards attention and deserves more. Lots more." Jacqueline Lichtenberg, Amazon Vine Voice."...a masterful and suspenseful addition,... a fine historian as well as novelist ... (who) writes with power, grace, and courage..." Richard S. Wheeler

Carol Buchanan writes historical Westerns about people forced to make dangerous choices to establish the law when gold, greed, and a vacuum of law led to ruffians' rule and a tolerance for murder. Her fascination with the Vigilantes of Montana began when she stood in the Hangman's Building in Virginia City, Montana, and heard the ropes creak. With a PhD in English & History, she teaches Montana's Vigilante History at Flathead Valley Community College in Northwest Montana. She has written four novels in the Vigilante Quartet: Book 1: God's Thunderbolt: The Vigilantes of Montana God's Thunderbolt won the 2009 Spur for Best First Novel from the Western Writers of America. Daniel Stark, a New York attorney, came west to get enough gold to rescue his family from debt and disgrace. Because there is no law in this place, he joins a vigilance committee and becomes their prosecutor as they rid the gold fields of robbers and murderers, and establish the law. Book 2: The Devil in the Bottle Dan and the other Vigilantes have set up a People's Court, but Joseph (Jack) Slade on a drunken binge challenges them and flaunts the court's rule. Dan fears that if Slade prevails, criminals will once again terrorize people. The Vigilantes must decide how to uphold the court and the rule of law without hanging Slade, who has committed no capital crime. Book 3: Gold Under Ice Gold Under Ice was a 2011 Spur finalist for Best Long Novel from WWA. Dan Stark returns to New York with the gold he has collected. Because he does not have enough gold to redeem his family, he turns to gold trading. Then he discovers that his autocratic grandfather is scheming with a representative of the Bank of New York to steal his gold. Book 4: The Ghost at Beaverhead Rock (June 2016) Throughout 1864, the Montana Vigilantes have ruled Alder Gulch, but as Montana Territory is organized, a new Chief Justice warms the Vigilantes: "No more midnight executions." At the same time, Daniel Stark, the Vigilante prosecutor, is accused of stabbing a man in the back in order to win his wife and his gold claim. If the true killer is not discovered, Dan could be tried for the crime, convicted by a jury, and hanged. Even if the court acquitted him, he could be tried and hanged by the Vigilante tribunal. Even as he vows to find the murderer and prove himself innocent, the ghost of a hanged man haunts him. Is it a vision of his fate to come? Is it retribution? Dan tells the apparition, I do not believe in ghosts. --This text refers to the paperback edition.

Novelist Craig Johnson, author of the Longmire series, says, "It's rare that you get a writer like Carol Buchanan; an historian with a novelist's ear capable of rending the individual voices of character into the orchestral narrative of a sweeping story."

I write historical fiction primarily set in Montana between 1862 and 1920, about people forced to make dangerous choices to survive. Some of them were my own ancestors.

To start with, I've been fascinated with the Vigilantes of Montana since I stood in the Hangman’s Building in Virginia City, Montana, and heard the ropes creak.

Much later, with a PhD in English &amp; History, I began researching and writing about Montana's Vigilantes, and by 2016 I had written a series of (so far) four historical novels about them:

God’s Thunderbolt: The Vigilantes of Montana

The Tragedy of Joseph Slade (formerly The Devil in the Bottle)

The Ghost at Beaverhead Rock.

I've won several awards for my work, including both a Spur (2009) and Spur Finalist (2011) awards from the Western Writers of America, and the “Spirit of Dorothy Johnson” award from the Whitefish Library Association in Whitefish, MT (2016).

Prior to writing about the Vigilantes, I wrote three nonfiction books about historical gardening and horticulture. Wordsworth’s Gardens, with photographs by my husband, "Sir Richard," was a Top Ten Finalist in the Washington State book awards for 2002. It was published by Texas Tech University.

After long years wandering in urban deserts, we came home to the Flathead Valley in Northwest Montana.

Like many storytellers, I was making up stories and telling them before I could read. When the grown-ups and my older sisters didn't have time to read stories to me, I had to resort to making up my own. I would tell myself stories when Mother put me to bed, and she later recalled that when she told me to go to sleep, I'd say, "Just one more story, Mommy."

"Just one more story" takes the Vigilante saga in a new direction with "Brother Joel Begs Forgiveness." Joel Van Fleet is the New York banker who arranged the theft of Dan Stark's gold in New York, a theft that nearly got Stark killed. Horrified at what he has done, Van Fleet travels to Montana Territory in the winter of 1864-1865 to beg forgiveness.

But Stark, the Vigilante prosecutor, is not a forgiving man.

My current book departs from the Vigilante accounts. In "Lou and Willy" a widow escapes the slums of St. Louis in 1900 with her two young sons and her frail younger brother to take up a homestead in eastern Montana. Her younger son, Willy, grew up to be known as Bill, or "Dad." He was my father.

Dad had lots of pithy Western sayings, some of which keep me going to this day. In my mind's ear I can still hear him: "It's a great life, kid, if you don't weaken." And "You can't holler whoa in a bad spot."

suz
5.0 out of 5 stars Five Stars
Reviewed in the United States 🇺🇸 on April 2, 2017
Verified Purchase
best of the Vigilanti quartet....nice ending to the series....wouldn't mind a sequel to this.
Read more
Helpful
Report abuse

Richard S. Wheeler
5.0 out of 5 stars The Masterful Final Novel
Reviewed in the United States 🇺🇸 on August 13, 2016
Carol Buchanan's fourth and final novel about a vigilante episode in Montana and Idaho Territory during the Civil War is a masterful and suspenseful addition to the previous stories. In this story, its hero, Dan Stark, finds himself in trouble with his own colleagues, the vigilantes who cleaned out the road agents and crooks who had flocked to Virginia City and preyed on miners and merchants. Stark is modeled on Wilbur Fisk Sanders, the abolitionist lawyer who became a major force for good in the earliest years of the Territory.

Mrs. Buchanan is a fine historian as well as novelist, and draws heavily on primary sources to reconstruct the turbulent mining camp as it wrestled with the antagonism of Northerners and Southerners, men of good will and evil design, innocents and schemers, all of them trying somehow to survive in a makeshift town of shanties and cabins, while panning precious gold from icy waters. She captures not only the roughness of the camp, but the romance, the hunger, the magic of being in an exciting place where everything seemed possible, even as the war in the East ground to its painful conclusion.

Mrs. Buchanan writes with power, grace, and courage as she probes the people who arrived in the gold camp looking for a way to better themselves and their families. These four titles, together, create a vivid and detailed and authoritative history of the period, one that lives on in the reader. This is a collection that will inform all who have wondered about Montana's early history. I wouldn't be surprised if it is turned into a fine feature film or television series. Buy them. Read them. Keep them on your coffee table and talk about them.
Read more
One person found this helpful
Helpful
Report abuse
See all reviews
Report an issue
Does this item contain inappropriate content?
Report
Do you believe that this item violates a copyright?
Report
Does this item contain quality or formatting issues?
Report