and millions of other books are available for Amazon Kindle. Learn more
Share <Embed> 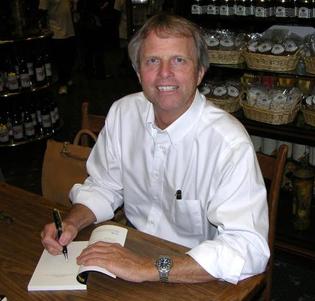 "Jeff Dwyer is the quintessential master of the who, what, where, when, and why of ghost hunting. And, he has done it again in his new book. Having Jeff Dwyer as your own personal guide through these haunted locations is the next best thing to seeing a ghost yourself. Remember, friends don't let friends go ghost hunting without Jeff Dwyer!"
--Vaishali, spiritual teacher, author of You Are What You Love and Wisdom Rising, and syndicated radio show host

Catastrophic fire, floods, grave desecration, epidemics, murder, and plane crashes are only a sampling of some of the traumatic events that gave rise to the uneasy settlement of hundreds of ghosts along California's central coast. From Moss Beach south along Highway 1 to Santa Cruz and down the coast through Monterey, San Luis Obispo, and Lompoc, ghost hunter Jeff Dwyer guides locals and tourists alike through the most haunted and historic sites in the area. Historical information, tips and guidelines to planning a ghost hunt, and address and contact information for each locale round out this exploration of three hundred miles of haunted California coastline.

Start reading Ghost Hunter's Guide to Monterey and California's Central... on your Kindle in under a minute.

Richard Hernandez
5.0 out of 5 stars Not at this time
Reviewed in the United States on June 20, 2018
Verified Purchase
Liked
Read more
Helpful
Report abuse

D. Fowler
HALL OF FAMETOP 1000 REVIEWERVINE VOICE
5.0 out of 5 stars This is one book that any wanna be ghost hunter will love reading!
Reviewed in the United States on July 15, 2011
Increasing numbers of people believe in ghosts or actually claim to have seen one. In fact polls clearly show this belief to be on the rise. In 1978 a Gallup poll indicated that a mere 11 percent of us believed in them and the results of a Harris poll in 2003 "found that an astounding 51 percent of Americans believe in ghosts." Whether or not you as a reader believe in them won't detract from the many fascinating stories you will encounter in Jeff Dwyer's Ghost Hunter's Guide to Monterey and California's Central Coast. Stories of California's haunted coastline will keep you turning these pages for hours. More specifically, this book covers the area from the Moss Beach region to as far south as Gaviota Beach, with dozens of haunted places covered in between these two areas.

You might be wondering why this area has a preponderance of so many ghostly beings and why so many buildings are haunted. There were numerous epidemics that wiped out thousands of people, miners who perished in its numerous mines, criminal activity, hangings, the many killed in floods, shipwrecks, and earthquakes. Of course other areas are well known for being ghostly haunts, but this area has been particularly well documented. One other thing of note is that many graves in this area were unmarked and "spirits became restless when buildings were constructed over" them. The definition of a ghost can loosely be described as "some aspect of the personality, spirit, consciousness, energy, mind or soul that remains after the body dies."

Ghost hunters would be awed to see "humanoid images," but these are the least common and most highly prized images to find. You'll learn many things in this book. For example, you'll learn why ghosts remain in a certain place and you'll learn about the optimum conditions needed for ghost sighting. Getting more interested? You might find that ghost hunting can actually be dangerous. There is a list of paranormal organizations listed you may find of use. Dwyer only has a couple of rules for the reader: "The first is to be patient. Ghosts are everywhere, but contact may require a considerable investment of time. The second rule is to have fun." Oh, and if you spot them he would appreciate knowing about your experiences. He says that even "Professional ghost hunters sometimes wait several days, weeks, even months before achieving contact with a ghost," so pay particular attention to rule number one.

In a nut shell, you will learn about how to hunt ghosts, preparations needed before you hunt, methods for finding ghosts, you'll learn about practice techniques, audio recording techniques, video recording, types of equipment used (amateur to technically sophisticated), what attracts ghosts, you are offered suggestions on how to enhance and develop your ability to attract ghosts, you'll read explanations as to what several psychic tools are (clairaudience, clairsentience, clairvoyance, retrocognition, etc.), you'll learn how to prepare for a hunt, what to do when you encounter a ghost, and you'll learn many more things about the field of ghost hunting.

One interesting fallacy Dwyer clears up is that you're not going to see a lot of ghostly activity in a cemetery. He says that "With few exceptions, spirits of dead people rarely haunt cemeteries" and one of the few reasons they do is "if the monument or headstone is defaced or damaged." However, once you learn all about the ins and outs of ghost hunting, you're going to be utterly fascinated by the many places you'll read about in Monterey and California's central coastal area.

This is one book that any wanna be ghost hunter will love reading. It gives all the information you'll need to know from what types of equipment you'll need to exactly where you can find your ghosts. Of course the stories proved to be the most interesting part of the book. I felt as if I went back in time and was listening to ghost stories around a campfire when I was a youngster. I won't relay any of the stories as the reader needs to experience them for himself. Oddly enough, I have visited many of these places not knowing their ghostly histories. The most interesting story for me was about the Mission San Juan Bautista, the infamous San Andreas Fault, and the "ill-fated Donner Party." I have a picture of me sitting in the garden there. Would you like to know how I felt? Mmmmm, I'm not telling, but I will tell you that I loved this book!

This book courtesy of the publisher.
Review first published on FQ Book Reviews.

Vaishali
5.0 out of 5 stars Who you gonna call... Jeff Dwyer!
Reviewed in the United States on August 10, 2010
Forget "Ghost Busters." This is the real deal.

With Jeff's books you get the best ghost hunter advice, wisdom and recording techniques, plus so much more. Jeff gives the entire backstory of all the haunted locations in his books. From Jeff you learn first hand not only who these ghosts are, and what their life was like when they were still living, but also an idea of what their unfinished business might be as well as the different experiences people have had while encountering them. Every juicy tidbit and fascinating details are included.

I liked this book so much, I wrote the back cover quote, "Jeff Dwyer is the quintessential master of the who, what, where, when and why of ghost hunting. And, he has done it again in his new book. Having Jeff Dwyer as your own personal guide through these haunted locations is the next best thing to seeing a ghost yourself. Remember, friends don't let friends go ghost hunting without Jeff Dwyer!"
Read more
Helpful
Report abuse
See all reviews
Pages with related products. See and discover other items: california central coast