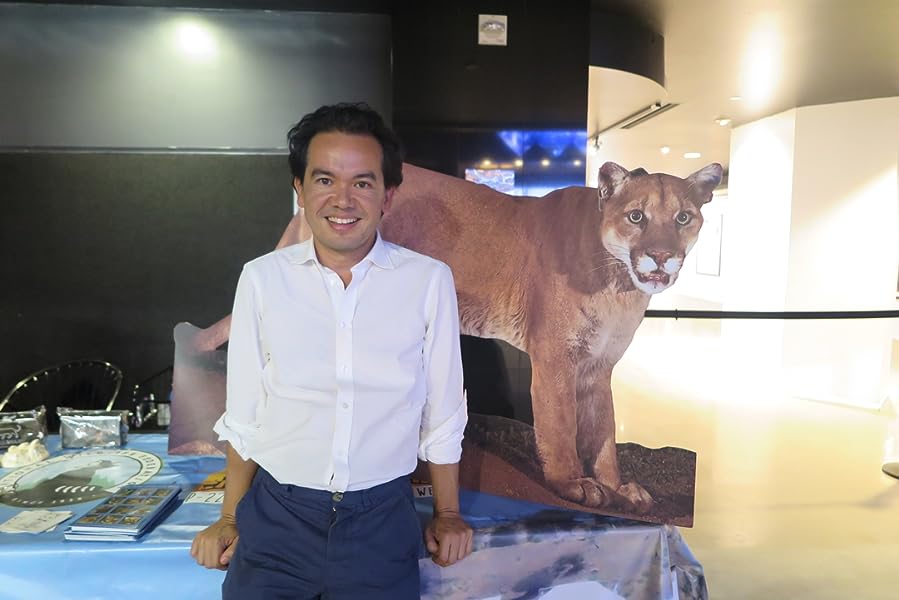 Ghost Maven: The Haunting of Alice May Paperback – October 19, 2020

3.6 out of 5 stars
3.6 out of 5
11 global ratings
How are ratings calculated?
To calculate the overall star rating and percentage breakdown by star, we don’t use a simple average. Instead, our system considers things like how recent a review is and if the reviewer bought the item on Amazon. It also analyzes reviews to verify trustworthiness.
Top reviews

Kindle Customer
4.0 out of 5 stars Good story
Reviewed in the United States on October 29, 2016
Verified Purchase
This was good. Good character development. You want to jump into the story at diff points. I hope there's a part 2. There are several avenues the author can take. Over all I enjoyed the book. The ending wasn't what I expected, but there's room for another book....perhaps another book can "fix" the ending presented. Very clean, good for kids.
Read more
Helpful
Report abuse

With some books you may experience them as a movie in your mind. They're bigger than life...or, in some cases, than the Undead. Such is the case with Ghost Maven, a young adult, paranormal romance that distorts reality a bit differently than The Twilight Zone. Here the impossibly handsome knight on a white charger is a sort-of ghost without a heartbeat or blood everyone can see, who lives in a 'fourth plane' or, I'm guessing, dimension of space. It's not like a parallel universe I've ever heard about!

The author is Tony Lee Moral, an Alfred Hitchcock buff and critic, as well as a compassionate documentary filmmaker. This is his first young adult novel. I also love Hitchcock movies and can imagine that the master of suspense, having never filmed a movie about and for young adults, might approve.

I'm not a fan of the paranormal romances young adults clamor for. I couldn't stand that Stephanie Meyer's book and avoid the genre for its tedious, silly prattling. The title was the only thing I knew about the book when I recklessly accepted the challenge of reviewing it and maybe, to be metaphysical about it, I was meant to read the Advanced Review Copy sent me...

The day I planned to read it I randomly selected a pretty, white sweatshirt with black lighthouses on it, not knowing there would be a haunted, but protective, lighthouse in the book.

After an inexplicable prologue that foretells the dramatic twist (and introduces a character never heard from again), it's told from the perspective of a young woman who had been seeing a psychiatrist before she moved with her father (and unimportant kid sister) to lovely Monterey Bay, California. Her name, Alice, is only the first of countless cliches. If we don't realize we're in Wonderland without being blatantly told, we're in need of psychiatric help too!

When she's rescued from a near-death experience by her hero aka savior, she's immediately smitten by his looks and mysterious behavior and the fact that she doesn't know where to find him. He, of course, plays the Cheshire Cat game at first, but they find each other and just can't help falling in love which is against the rules for one cursed to live (exist?) in the fourth plane. He'll need to be punished by his fellow ghostly victims envying his happiness, now won't he?

Then there's a girlfriend who sometimes has visions of the future, a not-cute-enough Christian friend, and the ensuing wringing-of-hands about God and whether she'll see her mother in a heaven someday.

Christian angst is another type of book I avoid, being a non-theist.

I felt like Alice was a mixture of cliched heroines and heroes from Sweet Valley High and The Twilight Zone. At least that's how it felt being inside her gullible head. The original Alice displayed much more skepticism and humor, it seems to me.

I read an Advanced Review Copy with many blank pages between chapters and occasional formatting issues. It's too bad Ghost Maven was so predictable and the ending sets up a sequel where all will end happily for the plane-separated lovebirds. If you're a young female looking for a quick, strangely inventive spin on paranormal romances, this is your book. It's kind of sweet in a magical feast of cinematic characters that'll sweep you away like an Undead-loving dream.

Nothing wrong with that! Especially if you're in the mood for escapism. Especially when it's a'haunting you will go or die trying.

Debbie McClure
4.0 out of 5 stars A Terrific Ghostly Romance
Reviewed in the United States on October 7, 2016
I received a free copy of this book in return for an honest review.

Although I don't usually read YA (Young Adult) novels, the premise of Moral's Ghost Maven caught my attention, so I decided to give it a read. As with the Twilight series, this is a coming of age story about Alice, a young girl whose mother passed away, leaving the teen filled with anxiety and fear. Meeting Henry, a handsome young man in Pacific Grove, California where Alice has moved with her father and younger sister, gives her new hope for the future. But all is not as it appears, and Alice must come to terms with a frightening truth about Henry. Along the way, she learns more about herself and those she loves.

This book is an ideal read for young females and anyone who loves a great ghost story or paranormal romance.
Read more
Helpful
Report abuse

The first of a few problems with this book was the layout, which might just be because it’s an uncorrected proof, is that there were a LOT of blank pages and the font size changed a couple of times. I know that has nothing to do with the story, but it did bother me since I was reading this on either my phone or tablet. Scrolling more than needed was not fun.

There was some insta-love which is something I absolutely hate in books, especially if they’re supposed to be somewhat thriller-ish. I didn’t like how instant it was, like she saw the gent and instantly was in love with him. It felt almost like I was reading a contemporary novel, which I’m sure it wasn’t intended to be. There was also this love triangle going on, which is very troped in young adult fiction.

There were also not a lot of story building, in my opinion, in the beginning with the random characters that were mentioned in the beginning of the book. I didn’t even understand the prologue; to me it didn’t add anything to the story at all, it was kind of just there. I also knew what was going to happen before it happened at the end of the book, which is unfortunate.

I could slightly relate to a few characters, mainly Emily since I am into the psychic thing and loved that she was slightly unconventional. The other characters were too cookie-cutter for me. I liked the cover image and the thought of something different from an indie author. The story was good, but just needed a small amount of improvement. Would I read the next book? Yes, I need to know what happens to Alice and Henry! Would I recommend this book? Maybe, it really depends on what the person is looking for and what mood you’re in to read. I would totally purchase a physical copy to have on my shelf and loan out to friends, even though I had issues with it.

Thank you Tony for letting read and review this book! I’m hoping to get to read the next one in the series if you’ll let me!
Read more
One person found this helpful
Helpful
Report abuse
See all reviews

MJSB
5.0 out of 5 stars Great love story!
Reviewed in the United Kingdom on December 7, 2016
Verified Purchase
I really enjoyed reading this book. It's an exciting love story/adventure/mystery all rolled into one. The location of Monterey and Pacific Grove really adds to the mysterious atmosphere. You can see why Alice falls for Henry, as he is full of olde world charm, which really works with the nostalgia and history of Monterey. I'm looking forward to the sequel and find out what Alice does with her new found powers. And more of Henry please.
Read more
Report abuse
See all reviews