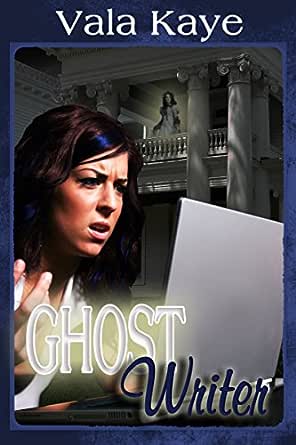 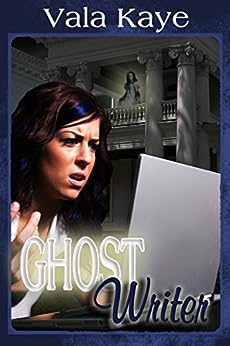 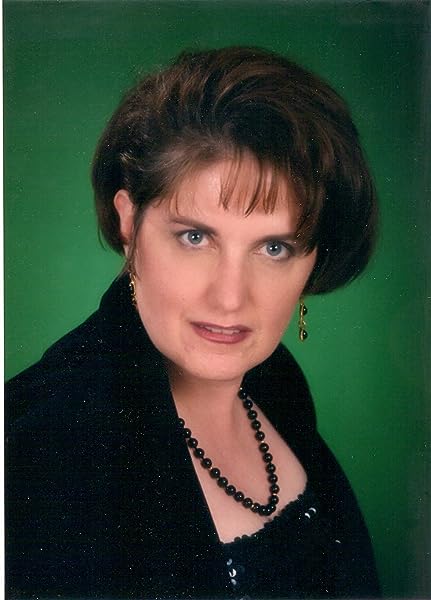 Vala Kaye grew up on the Gulf Coast of Texas as an avid reader of science fiction, romance and history. Her favorite writers ran the gamut from Robert Heinlein to Margaret Mitchell, and included side journeys with Louisa May Alcott's "Little Women" and The Hardy Boys mysteries. After graduating from college with a degree in Communications, Vala now lives and writes in warm and sunny southern California. She is addicted to movies, live theater, word games and salsa dancing. In her first published YA novella, "Ghost Writer," she explores what happens when the human 'spirit' meets computer technology. --This text refers to the paperback edition.

"I'd have to call this novella the perfect Halloweenpresent: A real indulgence with no calories!" - Long and Short YA Reviews --This text refers to an alternate kindle_edition edition.

3.9 out of 5 stars
3.9 out of 5
13 customer ratings
How does Amazon calculate star ratings?
Amazon calculates a product’s star ratings based on a machine learned model instead of a raw data average. The model takes into account factors including the age of a rating, whether the ratings are from verified purchasers, and factors that establish reviewer trustworthiness.
Top Reviews

Kindle Customer
4.0 out of 5 stars A Good Read
Reviewed in the United States on December 4, 2014
Verified Purchase
This is a YA, but even for an old lady like me, it is a good read. I like the historical slant, and the interaction between the characters. The voices are distinctive, the plot pulls the reader in, and, for me, it opens a window into the teen experience.
Read more
Helpful
Comment Report abuse

Amazon Customer
4.0 out of 5 stars I felt this book was really quick and easy to read
Reviewed in the United States on September 21, 2015
(I received a free copy of this book in exchange for a review).

I felt this book was really quick and easy to read. While I do think it was aimed at a younger readership, it was still entertaining for me, as an adult, to read.

I was really drawn into this book by the title and the front cover. I like reading ghost books and it's nice to see a story that focuses on a ghost... rather than the ghost being revealed to be a demon.

I liked seeing Malden and Jackson interacting together, even though I did think they seemed to fall for each other quite quickly. I did like seeing some details of Malden's mother... and it was good to have the opportunity to see something of her relationship with her father.

I didn't feel that there was a lot of tension in this book. While there were hints of a darker past, I was a bit disappointed that there wasn't much detail about why Emily looked so sad in her pictures.

It was cool to be able to learn about Jackson's past and how his family was related to the building. I also thought it was pretty cool to see how the computer and chatroom were used by Emily. Some of the atmosphere came across really well and I found it really easy to picture a lot of the events happening inside my mind. I also thought that the language used by Emily sounded really authentic and helped to make her a more believable character.

Although there weren't a lot of characters in this book, it was nice to see a few extra... such as the woman with her twins. I would have liked to be able to see a bit more of the surroundings, but the self-contained storyline was nice to read.

There wasn't much mystery and I found I was still left with some questions. I would have liked to see more of an expanded storyline and while I did like the ending and thought it was sweet, it also seemed to have a rather abrupt ending.

This story didn't require me to think too deeply and it did end fairly quickly. It was a nice, fast read and I would read more books by this author in the future.

The ghost part was the best part, even if I still don't know how a girl dead more than a hundred years ago can understand/use computer though. I liked the storm and the apparition and every little bit about Emily. though it felt a little bit too quick and we didn't really learn all that much about her. I would have thought that a ghost that stick to a house for so long would be a bit more difficult to exorcise. I'm also not sure about the "coming home" concept, seeing she never left her room.

I was expecting something a lot different when I saw the title but it has nothing to do with a "Ghost writer" but more with a ghost that communicate by writing.
Read more
Helpful
Comment Report abuse

N. Burawski
4.0 out of 5 stars 19th and 21st centuries collide (in a good way)!
Reviewed in the United States on October 4, 2014
“Ghost Writer” is a fun, intelligent, just scary enough ghost story that I read it in the middle of one night when I couldn’t sleep. My story needs thoroughly sated, I returned to the land of Nod. The main character, Malden Montgomery, is a snarky teen dragged by her mother (in the summer!) from her fun Manhattan life to a B&B in Virginia for two weeks while her dad is in London on business. The B&B is a charming Civil-War era homestead with requisite wraparound porch run by a divorcee, Mrs. Hamilton, and her teen son, Jackson. We immediately know something’s up when Jackson looks askance at his mom as she directs him to take the Montgomerys’ bags to Emily’s room.
We soon learn Emily died in that room! On her 18th birthday. While awaiting the return of her fiancé from the Civil War one hundred and fifty years ago (It turns out he was killed in action and never returned). There are rumors the room is haunted, but in her defense, Mrs. Montgomery seems to be skeptical. You see, only some people have felt Emily’s presence in that room. Of course, Malden will be one of them. Together she and Jackson ferret out the mystery of Emily. There are plenty of chills and at least one stormy night, and the two become closer (but not too close – these are 16 and 17!) in the process.
Jackson turned out to be one of my favorite characters in “Ghost Writer,” though I admit, at first, I was a little put out when he kissed Malden within hours of meeting her. I wondered if he was a schemer who hit on every teen-aged cutie who visited Mom’s B & B. However, as the story progressed he proved to be a nice, sweet, good-hearted guy who was drawn to Malden from the start and was focused on protecting her. In fact, I eventually envisioned him as a young Matt McConaughey.
I love how the author used memorabilia from the 19th century (photos and journals) together with accoutrements of the 21st century (laptops and internet) to resolve Emily’s anguish and bring a modern couple together. As Halloween grows near, I highly recommend you grab a mug of hot chocolate or a pumpkin latte, curl up in your favorite easy chair in front of a roaring fire and read this captivating book!
Read more
2 people found this helpful
Helpful
Comment Report abuse
See all reviews from the United States