You've subscribed to A Lorna Shadow Cozy Ghost Mystery! We will preorder your items within 24 hours of when they become available. When new books are released, we'll charge your default payment method for the lowest price available during the pre-order period.
Update your device or payment method, cancel individual pre-orders or your subscription at
Your Memberships & Subscriptions
There was an error. We were unable to process your subscription due to an error. Please refresh and try again. 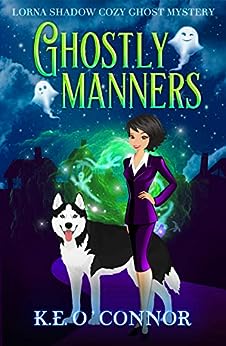 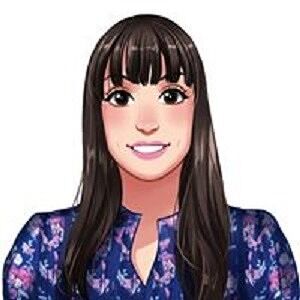 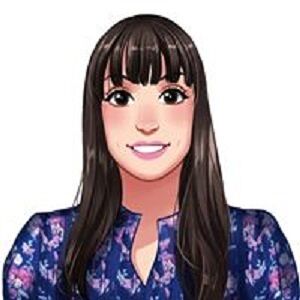 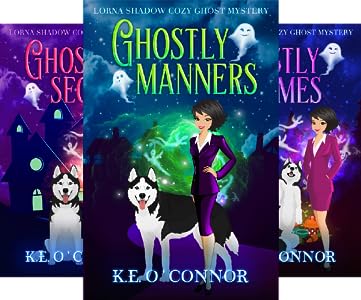 4.5 out of 5 stars
4.5 out of 5
147 global ratings
How are ratings calculated?
To calculate the overall star rating and percentage breakdown by star, we don’t use a simple average. Instead, our system considers things like how recent a review is and if the reviewer bought the item on Amazon. It also analyzes reviews to verify trustworthiness.
Top reviews

B I
3.0 out of 5 stars Only a tiny spoiler...
Reviewed in the United States on September 19, 2020
Verified Purchase
If like me, you love animals, then relax. No dogs die in the book, so you can enjoy it!

So why only three stars though? Well I rarely give five stars, but fairly early on something began troubling me about this novel, and that was the ease with which they changed their mind about things. It felt too perfunctory unfortunately.

If you like this sort of story, there is a very similar idea in a British TV series from the 60s called "Randall and Hopkirk (decesed)" or "My Partner the Ghost" in America. They are both men and ran a private investigator service until one of them is murdered. He appears only to his business partner and they use his abilities as a ghost to help keep their small agency going. It is very funny, the humor being much like this book.

if you want still more, try to find the eary series of the British TV series "Rent-A-Ghost". Aimed at being for families, it is about three ghosts who set up a agency to do whatever you need, but one of them...well, his parents do not know he has died, so he cannot let them see the others...or let them know what he now does for a "living" so to speak. Again, lots and lots of family safe humor in it
Read more
One person found this helpful
Helpful
Report abuse

Lucille57
4.0 out of 5 stars Pleasantly Surprised!
Reviewed in the United States on December 27, 2018
Verified Purchase
I just finished reading this book, and I have to say I really enjoyed it. I enjoyed the writer's style - no ramblings - no never-ending descriptions - just enough description that you could picture the landscape and characters. The story held my interest through to the end. There were a couple of things I would change about the characters, but hey, I'm not the author:)) I was hesitant to try this but now am anxious to move along in the series.
Read more
4 people found this helpful
Helpful
Report abuse

Christine Rains
4.0 out of 5 stars a delightful cozy paranormal mystery
Reviewed in the United States on November 17, 2019
Verified Purchase
Lorna Shadow is only looking for a decent job, not a ghostly mystery to solve. She and her best friend, Helen along with her faithful hound, Flipper, get jobs at Galbraith Manor. It looks like a lovely place to work, until Lorna meets a ghost who will not leave her alone until she solves her murder. Yet trying to subtly investigate and keep their jobs might prove most difficult. It might even prove to be a fatal mistake.

Ghostly Manners is the first book in a cozy paranormal series. It's cute, funny, and very British! I loved Lorna's sensibilities and Helen's pluck. Plus Flipper is just the best doggo in the world. The other people in the manor are eccentric and full of surprises. While I did guess the end, it was still a wonderfully fun journey getting there.
Read more
One person found this helpful
Helpful
Report abuse

Tammy Bong
3.0 out of 5 stars A cozy mystery
Reviewed in the United States on November 5, 2019
Verified Purchase
Lorna can see ghosts and ghosts can see her. When the ghosts want to communicate with her they have to mime, then Lorna has to figure it out.
Lorna and her friend Helen start new jobs as a personal assistant and a seamstress. While meeting the owners and the staff where they will be sr as gong and working they are told that the Lord's sister died of heart failure in the gardens, that is until Lorna sees her ghost and discovers different.
Lorna and Helen gather clues to find out who murdered Beatrice and run into road blocks along the way..
A great cozy mystery, reminds me of the old tv show, Ghost Whisperer..
Read more
One person found this helpful
Helpful
Report abuse

kcfoxx92806
5.0 out of 5 stars Ghostly Manners is a great read for all you cozy mystery fans,
Reviewed in the United States on September 14, 2017
Verified Purchase
Lorna can see ghost and so can Flipper her dog.. The two of them, along with their best friend, Harriet likes to work in great old manors of the rich in England and so set out on an exciting new job at just the right manor that has a murder to solve and Lorna reluctantly agrees to try to solve it, but as usual must give it a try and succeeded. All in all a great book with the right amount of doggie love , romance and good friends and one tho was enough for me and I can't wait to read another book by this talented author.
Read more
One person found this helpful
Helpful
Report abuse

Dave Horton
5.0 out of 5 stars Great new series for me
Reviewed in the United States on July 3, 2020
Verified Purchase
The Ghostly series certainly starts off strong with just the right touch of paranormal haunting, a sympathetic heroine, great setting and creates a memorable ensemble. Faithful to its historical time period it manages to weave a plot which quickly achieves the suspension of disbelief necessary to keep the reader spellbound all the way to a finish that sets up the adventures yet to come
Read more
Helpful
Report abuse

Hmmmmm
4.0 out of 5 stars Cute story
Reviewed in the United States on January 21, 2020
Verified Purchase
This was a cute one. I liked the main characters, hated some of the others, which is needed to make a good story. I would have thought that the manor’s inhabitants could have shown some gratitude for the solving of the mystery, but I guess perhaps the ending was needed, as the main characters are slated to move from manor to manor, mystery to mystery, book to book.
Read more
Helpful
Report abuse

Brad Friedlander
4.0 out of 5 stars Good Mystery and Fun to Read
Reviewed in the United States on October 1, 2019
Verified Purchase
Lorna, Helen, and Flipper make a great team even if they are sometimes a bit impetuous. The story telling is good, the protagonists are likable and the mystery has a few good twists and turns.

If you ignore the tendency to run into danger instead of away from it, the story is fun and interesting. It's worth the time to read it.
Read more
Helpful
Report abuse
See all reviews

reddragon
4.0 out of 5 stars Help a ghost
Reviewed in the United Kingdom on October 29, 2019
Verified Purchase
I don't usually read this type of book but I did quite enjoy it, solving a crime with the help of the victim and a friend the story was not too over the top and I liked the character's, it did keep me guessing for a while.
Read more
Report abuse

Kindle Customer
5.0 out of 5 stars Murder, ghosts and a new job - help!
Reviewed in the United Kingdom on June 20, 2017
Verified Purchase
Terrific! Great introductory book to the series. Can the two friends use their gifts to solve an old murder. Watch as they sort out the clues to find the truth. A gentle cozy mystery that's a great read.
Read more
One person found this helpful
Report abuse

Suzanne Hare
5.0 out of 5 stars Great cozy mystery
Reviewed in Canada on February 10, 2020
Verified Purchase
Lorne Shadow is a personal assistant and event planner. She goes out on short term jobs with her best friend Helen Holiday who cooks and sees. Lorne’s job comes along as a service animal,he helps her stay calm when they see ghosts. At the job they take there is a ghost who is not at rest and she is determined to find out the truth.

This is a great paranormal cozy mystery that is set in a mansion on a large estate. The main characters are well developed and personable. The other characters are interesting and have flaws and strengths. The creative storyline is smooth. The narrative is good, you feel like you are there. I enjoyed the dialogue a lot. The mystery is full of paranormal activity, surprises, unexpected twists and turns, that keep you interested until the end. I am sure this is soon to become one of my favourite series.
Read more
Report abuse
See all reviews