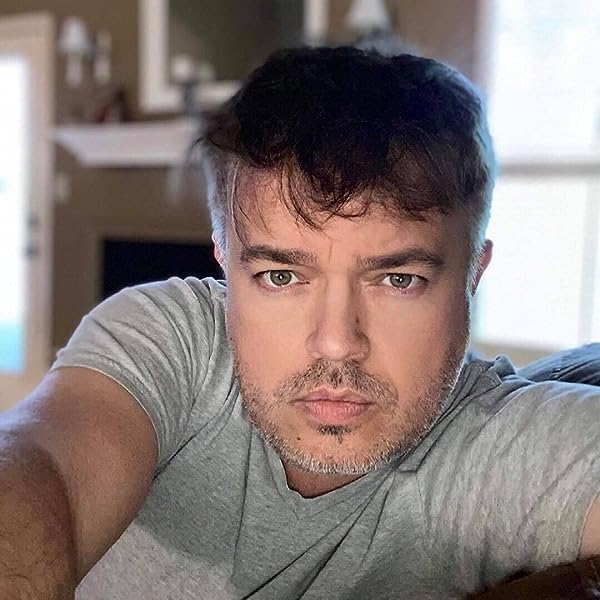 Read 14 chilling ghost stories about reportedly true encounters with the supernatural in Mississippi.

A graveyard where the dead do anything but rest peacefully, a haunted bridge that was the site of unspeakable violence, the ghost of an ancient witch who roams the dark woods—Mississippi has long been regarded as one of the most haunted states in America. This collection of ghost stories presents the freakiest, most surprising tales of the Magnolia State!

Author Jeff Duke grew up in Mississippi—with a fascination for things that go bump in the night. As an adult, the professional writer spent countless hours combing the region for the strangest and scariest run-ins with the unexplained.

Horror fans will delight in these 14 terrifying tales about haunted locations. They’re based on reportedly true accounts, proving that Mississippi is the setting for some of the most compelling ghostly tales ever told. The short stories are ideal for quick reading, and they are sure to captivate even the most reluctant of readers. Share them with friends around a campfire, or try them alone at home—if you dare.

Jeff Duke was raised in Tupelo, Mississippi, and began writing at an early age. He formulated a love for all things horror after spending untold hours in detention with books by Stephen King and H.P. Lovecraft.

In college, he studied creative writing under Barry Hannah at the University of Mississippi and under Dr. Price Caldwell at Mississippi State.

Although he mainly writes Southern-style “grit lit” these days, he still enjoys writing about horrible things that go bump in the night. Jeff currently resides in Austin, Texas, with his dog, Boone; his cat, Gabbers; and his wife, Angelica, who he thinks is still way out of his league.


I left the Rowland Medical Library a little after midnight, knowing that there was no way I was going to pass my exam the following day. No matter how much I crammed, prayed, or came up with little ways to remember various medical facts, I was doomed. I also wondered if I would even be a part of the 1995 graduating class because a lot was hanging on this particular test.

I pulled my coat tight, hoisted my backpack up on my shoulder, and began the walk to my car. I figured at this point, a good night’s sleep would probably be more effective than any more caffeine-fueled study binges. Sometimes you just have to give in and let the chips fall where they may.

The campus of the University of Mississippi Medical Center was pretty dead, with most students sequestered away behind piles of books and notes. The students who were out on this fall night silently shuffled across campus, rarely acknowledging each other’s presence as they passed. They looked more like shell-shocked soldiers returning from some muddy, bloody battlefield than medical students.

Overhead, the moon occasionally peeked out from the dark, bloated clouds above and bathed the campus in its pale light. All in all, it was a perfect fall night, one that reminded me of high school football games, bonfires, and trick-or-treating. It definitely wasn’t a night for studying.

I crossed a side street and made my way to the parking lot where my beat-up car was located. The lot was completely empty except for my little silver Nissan, which waited for me under one of the lights. I’ve always found it eerie when my car is the only one in a parking lot. Maybe I’ve watched too many episodes of Unsolved Mysteries. Seems like a lot of people have vanished from empty parking lots that, in reality, weren’t always quite so empty.

As I dug in my pockets for my keys, I glanced over at a small stand of pine trees and did a double take at what I saw. At the edge of the trees was a figure pacing back and forth. It took exactly 10 steps forward, turned, and then took 10 steps back. The figure’s head was bowed, and it wore some kind of loose-fitting gown that fluttered in the breeze. I kept staring at the strange figure as it followed the same walking pattern over and over. Long, stringy hair cascaded over its face like some kind of greasy veil, and I couldn’t tell if it was male or female. Either way, it was extremely thin. Sickly. And it never broke from its 10-step routine. Over and over, it took 10 steps forward and back, arms slack, head bobbing with each repeated step.

At first, I thought it might be someone who was part of a live-action role-playing organization on campus. Every now and then, while walking across campus at night, you’d see some student chasing another with a cardboard stake or whacking some other student with a large foam sword. Those guys always cracked me up, but, hey, do what you want to do, right? Still, this figure never acknowledged my presence and kept up the same routine for several minutes. Hell, maybe it was some medical student who had snapped under the pressure and was now wandering around campus in a catatonic state. Believe it or not, stuff like that happens in med school.

Finally, my curiosity got the better of me, and I called out to the figure, just to see if I would get any kind of reaction.

“Ya know, you keep that up and you’re gonna wear a rut in the grass,” I said.

I stepped a bit closer and tried to get a better look at the mysterious figure. It was wearing some kind of shabby, tattered gown. Thin, emaciated legs protruded from the bottom, and there were no shoes of any sort. Man, those feet had to be cold.

I pulled a small pen light that I carried at night for when I needed help finding the lock on my apartment door. Being somewhat of a slacker, I’d never replaced the porch bulb once it burned out. As the pen light cut through the dark, the figure stopped in its tracks. It stood perfectly still, head bowed and face hidden by a mass of greasy, straight hair. Slowly it turned to face me and began to shuffle toward me, its bare feet dragging through the wet grass. One shoulder was hunched down, and the figure never looked up as it approached. It just kept ambling its way toward me without a word. As it came closer, the only sound it made was a raspy breathing, as if its lungs were full of something.

I instinctively backed up to my car, holding the tiny pen light in my hand. The figure shuffled onto the parking lot, its bare feet making a slapping sound on the pavement as it came closer, never looking up. This definitely wasn’t some weirdo kid doing live-action anything, and it most definitely wasn’t some overstressed student.

As it came closer, the moon slid behind the clouds, and I swear the temperature dropped. It dropped so much that, suddenly, I could see my own breath. However, as the approaching figure plodded toward me, I noticed there was no vapor accompanying that awful rasping breath. None at all.

I froze as I leaned against my car. One hand was digging for my keys, and the other was holding my pen light out like some goofy character from an old vampire movie holding up a cross. The chilled air was suddenly filled with a musky, moldy odor of wet rotted things as the figure hobbled close to me. The arms, which up until this point had been slack by its side, slowly began to rise toward me, and I noticed that its fingernails were either missing or barely hanging on by bits of bloody skin.

The figure’s head raised, as its greasy, stringy hair parted like a dirty curtain. Black, cracked lips opened to reveal jagged teeth; its skin was gray and covered in oozing scabs and sores. As its tongue writhed in its mouth, the figure began coughing up dirt, which cascaded down the front of its dingy gown. Its eyes, which were nothing more than pale white runny orbs, fixed on me.

“Get back!” I screamed, as I instinctively punched forward, with my eyes shut in terror. My punch only connected with air, and, when I opened my eyes, I was alone in the parking lot. That moldy smell lingered as the only reminder of what had been there. I stood for a moment before hopping into my car and racing home.

It’s been 20 years since then, and the events of that night are replaying in my head as I sit here at my desk and stare silently at the headline before me. Up to 7,000 bodies of former patients of the Mississippi State Lunatic Asylum–which closed in 1935–have recently been unearthed on the campus of the University of Mississippi Medical Center. The grounds of the medical school were originally the burial grounds for the asylum. (This is something they failed to mention in orientation.) I stare at the screen and look at the accompanying picture of rotten wooden coffins emerging from the mud and swear that a horrid moldy odor has filled the room.

Jeff Duke was raised in Tupelo, Mississippi, and began writing at an early age. He formulated a love for all things horror after spending untold hours in detention with books by Stephen King and H.P. Lovecraft. In college, he studied creative writing under Barry Hannah at the University of Mississippi and under Dr. Price Caldwell at Mississippi State. Although he mainly writes southern-style “grit lit” these days, he still enjoys writing about horrible things that go bump in the night.