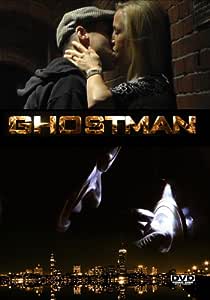 A master thief (Mike O'Dea, 'The Equalizer') with a secret identity gives up his life of crime to be with the one he loves, until his old crew pulls him back in for one final job.

"The Paranormal Activity of Superhero Movies."

robert a. falls
5.0 out of 5 stars Ghostman delivers just like the big boys in tinseltown!
Reviewed in the United States on April 24, 2014
Verified Purchase
i've seen this movie twice already and like it even better the second time!great indy filmmaking that had a big budget feel.i'd put it high on my list of the best independent films i've ever seen!the overall pace was good,and never drags, with solid writing& acting performances,and it showed the beauty of boston which i know quite well.this is a movie that proves bigger budgets are not what they appear to be and are mostly ego&fluff.the two leads had chemistry,the irish gangsters were believable&entertaining.you have corrupt fbi agents for good measure,moody original soundtrack by composer cory j. adams, and there's a cool 128 min. in-depth director's commentary which should be an inspiration for any fledging filmmaker,and a movie trailer of director mike o'dea's first film "townies".you see talent,ambition and a great finished product with this dvd!why it isn't in film festivals yet is beyond me?!!i now own a copy and i'd highly recommend!!!
Read more
One person found this helpful
Helpful
Comment Report abuse

William Lydon
5.0 out of 5 stars 2 THUMBS WAY UP!!!
Reviewed in the United States on May 18, 2014
Verified Purchase
Did you ever try to make a BIG BOX OFFICE FILM with a $300 dollar camera & close to NO budget? Well, Mike O'Dea did just that, and he succeeded!!! This movie is for everyone, especially inspiring independent film makers! Please, keep in mind that Mike wrote, produced, directed, edited, & starred in this film!!! So, with that being said, there are a few minor flaws with the audio/videography quality (in a few scene's), but this can easily be overlooked. Mike, did not have a 100 people working for him on this film, (like most BIG BUDGET film's do), but he made you think he did!!! The music in this film was outstanding as well!!!! Get yourself a copy of "GHOSTMAN" and support Mike O'Dea on his new film that he is working on called "No Signs of injury" "!!! -Billy Lydon
Read more
3 people found this helpful
Helpful
Comment Report abuse

Ross G
5.0 out of 5 stars Classic Boston Film
Reviewed in the United States on June 5, 2014
Verified Purchase
This goes right up there with "Boondock Saints" as far as a Boston crime Epic, the directing and editing are done masterfully and Mike displays experience both in front of and behind the camera. A must watch for any independent film supporter. Original story, and creative plot. Can't wait to see the Equalizer!
Read more
2 people found this helpful
Helpful
Comment Report abuse

Angelmarie DiNunzio
5.0 out of 5 stars Ghostman = Great film!
Reviewed in the United States on June 19, 2014
Verified Purchase
Awesome movie!!!!! Very unique! Couldn't predict what was going to happen next in all of the scenes. You kept the audience interested. Keep up the great work I can't wait to see the equalizer and watch it sell out in stores!
Read more
One person found this helpful
Helpful
Comment Report abuse

Michael Power
5.0 out of 5 stars Gritty crime/love story
Reviewed in the United States on April 15, 2014
Verified Purchase
Love the storyline. Shot in the great city of Boston with some very good actors. I would recommend this film to anybody!
Read more
3 people found this helpful
Helpful
Comment Report abuse

kevin Cosby
5.0 out of 5 stars Ghostman
Reviewed in the United States on April 18, 2014
Verified Purchase
Thought this movie was great .I hope there will be a part 2. Everyone should own one .great job Mike.
Read more
3 people found this helpful
Helpful
Comment Report abuse

Michael E Montoya
5.0 out of 5 stars Underground Hit!
Reviewed in the United States on May 13, 2014
Verified Purchase
Fun, original movie from Mike O' Dea. The Real Ghostman is the best bet for your money. A must see!
Read more
2 people found this helpful
Helpful
Comment Report abuse
See all reviews