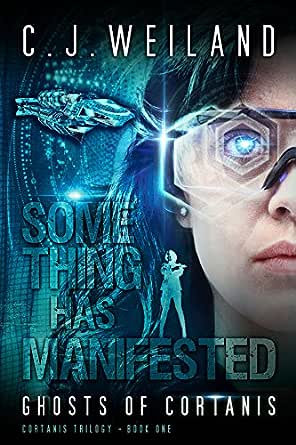 You've subscribed to Cortanis Trilogy! We will preorder your items within 24 hours of when they become available. When new books are released, we'll charge your default payment method for the lowest price available during the pre-order period.
Update your device or payment method, cancel individual pre-orders or your subscription at
Your Memberships & Subscriptions
There was an error. We were unable to process your subscription due to an error. Please refresh and try again. 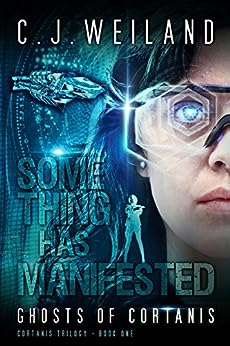 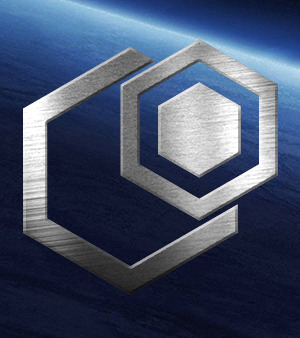 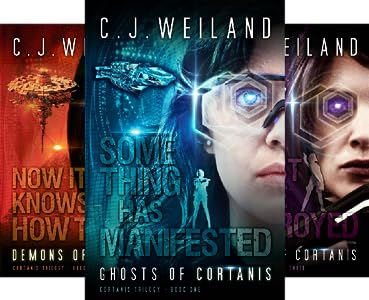 4.5 out of 5 stars
4.5 out of 5
43 customer ratings
How does Amazon calculate star ratings?
Amazon calculates a product’s star ratings based on a machine learned model instead of a raw data average. The model takes into account factors including the age of a rating, whether the ratings are from verified purchasers, and factors that establish reviewer trustworthiness.

LitRPGPodcastTop Contributor: Fantasy Books
TOP 1000 REVIEWER
4.0 out of 5 stars Light on LitRPG but good story
Reviewed in the United States on August 17, 2017
Verified Purchase
Originally published in Nov. 2015, the author of the novel sent the LitRPG podcast facebook page a message asking for a review. It’s the first in a trilogy.

At first I was suspicious that this was another attempt at rebranding a VR story as LitRPG, but I was thankfully wrong. While I would have personally have loved to have read about more details about the game mechanics of the world, there’s enough there to be LitRPG.

The game world is first presented as a space mission fighter game and there are details about how the A.I. creates custom challenges for the players, the variety of missions available, establishing player worlds, PVP, upgrading ships, etc. It’s only after the 30% mark, when the MC goes on a single player mission to find locate the ghost of a deceased friend and takes her personal A.I., that you see more of the advancement of individual power characteristics. Then you get more of a sci-fi mmo feel.

There’s never a ton of damage notifications or detailed descriptions on powers, abilities, or weapons. It was likely written more as a cyberpunk novel that is also set in a game world. Remember it was published before LitRPG became super popular and it was ok to write about a ton of detailed game stuff. You can sort of tell that since the author added a glossary of terms at the end of the story with definitions for things like PVP, crafting, and FPS.

What I really enjoyed about the story is the speculative sci-fi elements early on in the novel and the adult themes, (1-4%). The details about a A.I. system that has the potential to not only read and understand human emotions and reactions but then create content based on that feedback is interesting. It’s initially described as a system that can be used for therapeutic purposes or to help humanity better understand itself.

This system bleeds into the game part of the story as the A.I. system that runs the game and creates custom content for players based on understanding what challenges them and what frustrates them.

The story then gets into the sci-fi thriller cyberpunk realm, when the MC’s in-game friend dies but his digital ghost is still hanging around. There are questions about whether the game is manipulating the MC or if she’s having a psychotic break or if something even more sinister is going on. Still, with the help of a game administrator she goes on a quest chain to find the ghost character and discover what’s happening (30% mark).

Overall, I had a good time reading this story. It deals not only with speculative technology, but also themes of suicide, death, depression, and the road to dealing with all that. The story made me think and that’s always good to me.

J. D. Stone
4.0 out of 5 stars Solid Sci-Fi
Reviewed in the United States on December 28, 2015
Verified Purchase
From Mary Shelley and H.G. Wells to Phillip K. Dick and Isaac Asimov, the science fiction genre has always been in a unique position to explore the question, "what is human?" While C.J. Weiland has some work to do before he can find his place in the pantheon, he tussles with the question and takes it a step further, sharpening the focus from broad humanity asking, "what is a person?"

I had trouble maintaining interest in "Ghosts" until somewhere between a quarter and a third of the way in, but the pace maintained after this point. I also had trouble connecting to the protagonist, but intelligent observations from the author regarding personality, identity, social masks and a powerful undercurrent of paranoia counter the shortcomings in craft. I will read the sequel, and I look forward to seeing what Weiland will offer in the future.
Read more
5 people found this helpful
Helpful
Comment Report abuse

Bob Ackerman
5.0 out of 5 stars A great story mixing real life with an online RPG, which wants me to play along. Where do I sign up?
Reviewed in the United States on February 6, 2016
Verified Purchase
I had never thought that a story about an online computer game would keep me interested. Having been a gamer, I find most games become somewhat boring after a few hours. I expected the same in this story but I am glad I was pleasantly surprised. I should mention that I know the author from a local writers group and was able to read parts of the story under development. I was surprised with the final book even knowing some of the events.Now back to the story. It was easy to follow along between game play and real life, but at the same time the game play felt like real life and made me want to play the game. But slowly the story blurred between the game and real life and had me wondering, in all kinds of directions, of where the story will lead. C.J kept the story interested and even the twists and turns, which felt predictable, moved into directions I didn't except. I thoroughly enjoyed the story and I look forward to reading the entire trilogy and I am sure I will read it again in the near future.
Read more
4 people found this helpful
Helpful
Comment Report abuse

JCA
5.0 out of 5 stars It'll Keep You Guessing And Keep You Thinking
Reviewed in the United States on December 26, 2015
Verified Purchase
I will start with saying that this is not a book that I typically pick up, as I generally go for more alternate timeline sci-fi, space sci-fi, deep space sci-fi or epic fantasy/other fantasy. However, I'm trying to broaden my horizons, as both a reader and a writer to become a better writer, and to work on my own weaknesses. With that said, some might say that I did not jump very far by reading this psychological sci-fi thriller, that has a very real possibility of science fact in the near future with the way our technology has been advancing so rapidly. C.J. Weiland has done a wonderful job bringing to life both the world we live in, in reality, and the worlds we live in online, in books, and in console games. As a gamer myself, I identified with the main character in many ways, though not everything, some I have never admitted to others, some I have, and some I hadn't even admitted to myself. It allowed me to take a deeper look at myself--at times I even found myself responding to other characters as Naomi did, because I understood her. I would have responded similarly had the same conversation had happened in my life. I don't think I am alone in this regard, and I thoroughly believe this book would satisfy a plethora of readers of different interests. So without giving anything away...Weiland is going to keep you guessing, and for someone who almost always figures things out before they happen in movies and books like me, that is the ultimate prize that this book gives. Your surprise won't be ruined.
Read more
4 people found this helpful
Helpful
Comment Report abuse

AMW
5.0 out of 5 stars Fantastic read!
Reviewed in the United States on May 8, 2016
Verified Purchase
I truly enjoyed every aspect of this book! I liked the psychological twists and turns the main character, Naomi, went through in the story. I also thought the dichotomy between the real Naomi and her online avatar was striking and interesting. CJ Weiland does a very good job of creating worlds and examining large social issues through the lens of captivating characters. It had me interested from page one until the end. I couldn't wait to get started on the second one in the series, Demons of Cortanis, so I could find out what happened next! Excellent debut from a very talented author.
Read more
2 people found this helpful
Helpful
Comment Report abuse
See all reviews from the United States

Kindle Customer
5.0 out of 5 stars Excellent
Reviewed in Canada on October 13, 2018
Verified Purchase
Excellent. Top quality read about a virtual universe which I'm not familiar with but took me for an enjoyable ride.
Read more
Helpful
Sending feedback...
Thank you for your feedback.
Sorry, we failed to record your vote. Please try again
Report abuse