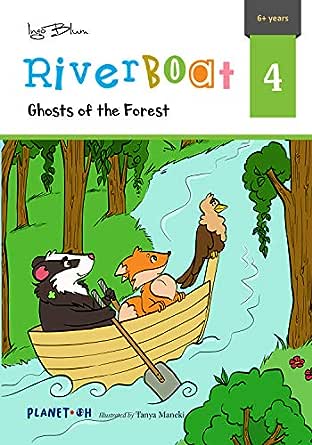 You've subscribed to Riverboat Series Chapter Books! We will preorder your items within 24 hours of when they become available. When new books are released, we'll charge your default payment method for the lowest price available during the pre-order period.
Update your device or payment method, cancel individual pre-orders or your subscription at
Your Memberships & Subscriptions
There was an error. We were unable to process your subscription due to an error. Please refresh and try again. 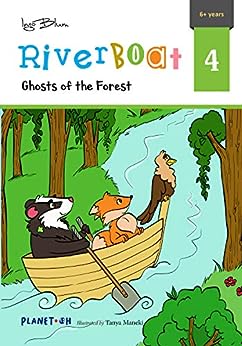 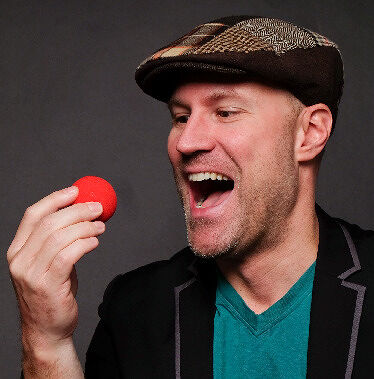 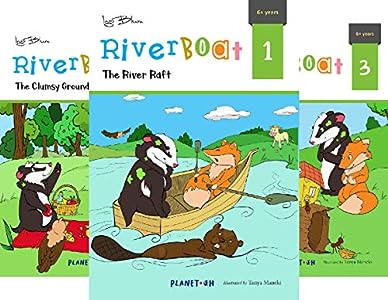 ReaderRaven
3.0 out of 5 stars Just O.K.
Reviewed in the United States on December 5, 2019
I'm going to start off by saying I received this book free for an honest review.

That out of the way, the pictures were just a bit to cartoon like and not drawn out into something I would recommend for children out of 1st grade. (I work in a school library for elementary) The book itself was written with chapters, implying that it is for advanced chapter readers (3rd grade and above, some advanced 2nd graders) that being said, most chapter readers have more realistic looking characters as the base audience is 8 year olds and above. Most of the 8 year olds I know and help daily find books are not interested in cartoon like drawing that 'baby' the animal.

The story, written as is, seems a bit forced in some areas, like it was approaching it's editing deadline and needed to be wrapped up quickly. The flow of the paragraphs was a bit choppy at times, and the detail was somewhat lacking.

I feel like this book and illustrations were geared for a audience much younger. Preferably an audience that would enjoy the cartoon image of animals that look like coloring book creatures they are use to, then allowing for a simpler paragraph style, allowing the lack of defined details as it were.

The plot was ok, my main issue is why coconut? Where did that come from? Are they in a part of the world that has those indigenous? If so, then was that described properly? I feel as a writer, we can't slap things in a book for children and expect them not to question it because it's "not real", I know a few children would be confused as there was no coconut tree drawn. Just oak trees, and other trees that looked more main land not tropical at all.

I give this book 3 out of 5 because I believe the author had great intentions, but the illustrations were off, and the label for chapter/target age group was defined wrong as well.

Edna Hill
5.0 out of 5 stars Wonderful story about friendship & differences.
Reviewed in the United States on December 7, 2019
**Received this ARC book to read & then give an honest review of it afterwards by HiddenGems Books**

I read this book to our 6 year old granddaughter and she just loved it. She made a point to let us know that the 3 animals in the story were completely different from each other but were friends anyway. She also made a point to let me know that she loved the colors that were used by the illustrator to help tell the story. She did ask a question that I did not have an answer for: why is there coconuts next to a river when they usually grow on an island. Other than that she loved it. Can't wait to see what the other books in this series teach young people.
Read more
Helpful
Comment Report abuse

Becky
4.0 out of 5 stars Scary forest.
Reviewed in the United States on December 7, 2019
An exciting scary forest story. Three friends paddling a side stream through a scary forest find themselves lost. They hear a bear and plan a strategy to help the bees. An exciting adventure.
My issues: The pictures were shown well after the incident. They didn't match up with the text. Where did the coconuts come from? Not a tropical area, just oak trees.
I voluntarily reviewed a complimentary copy of this book from Hidden Gems.
Read more
One person found this helpful
Helpful
Comment Report abuse

Trina High
5.0 out of 5 stars Another Excellent Riverboat Series Tail...er, Tale
Reviewed in the United States on March 5, 2020
I liked this story much more than 'Journey Along With the Ant and Three Animal Friends'; the plot just worked more for me. The best part, though, was the lesson in friendship and how when working together, great things can be accomplished. Besides that, I would have preferred that the text come first followed by relevant pictures rather than vice-versa. Still, despite my complaints, it was a cute enough yarn, and the pictures were just colorful enough and eye-catching.

Charity R. B. Howard
3.0 out of 5 stars Cute Teaching Story
Reviewed in the United States on January 24, 2020
This is part of a book series of with likable characters. I would like to read more about these characters. It is nice to have a cute way to teach important lessons and this book does that. The writing might be best for upper elementary readers, with illustrations best younger beginning readers or listeners though. I find this a helpful book for teachers or parents for teaching about Friendship and Team Spirit because it does it pretty well. Overall, it is a cute book.
I voluntarily reviewed this after receiving a free copy.
Read more
Helpful
Comment Report abuse

Connie Dean
5.0 out of 5 stars Fun adventure
Reviewed in the United States on December 2, 2019
The adventures of Titus, Finn and Shylow are always fun with a moral to the story. The two parts of this story that stood out for my eight year old granddaughter were that the three friends are each a different animal and yet they are best friends. And secondly that the bees are the good guys who need help. These stories are fun, exciting and easy to read. My grandchildren love these books and I enjoy them as well. I received a free copy of this book in exchange for a fair and honest review.
Read more
Helpful
Comment Report abuse

Becca Manchester
4.0 out of 5 stars A fun adventure... The "ghosts" save the day!
Reviewed in the United States on December 7, 2019
I loved the adventure of joining Finn, Titus and Shylow on their river adventure. It's a fun story to read aloud and my children loved listening to the twists and turns and how Speedy the squirrel (who found himself in a lot of trouble) saved the day. I look forward to enjoying the rest of their adventures with my kids! I voluntarily reviewed this after receiving a free copy.
Read more
Helpful
Comment Report abuse

Shar
4.0 out of 5 stars Fun chapter book
Reviewed in the United States on December 10, 2019
This book is about a badger, a Falcon and a Fox, it teaches kids that even though we are different we can still be friends. The three go on an adventure and run into the scary ghosts of the forest. My Nieces and nephews love this book.
I was given a free copy in return for my honest review.
Read more
Helpful
Comment Report abuse
See all reviews