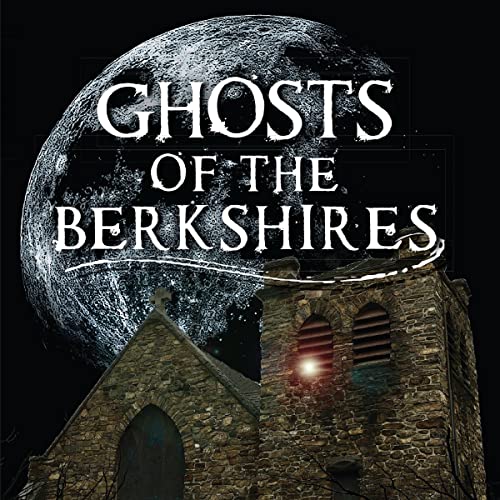 Robert Oakes (Author, Narrator, Publisher)
4.7 out of 5 stars 32 ratings
See all formats and editions
Sorry, there was a problem loading this page. Try again.

“You’ll never look at the region the same way again after reading about the tunnel from hell, toe-tugging spirits, and the curse of the mummy.” (The Boston Globe)

Before it became a haven for arts and culture, the Berkshires was a rugged, sparsely populated frontier. From the early days of Revolutionary fervor and industrial enterprise to today’s tourism, many chilling stories remain.

A lost girl haunts a cemetery in Washington, and mysterious spirits still perform at Tanglewood. From the ghostly halls of the Houghton Mansion to the eerie events at the Hoosac Tunnel, residents and visitors alike have felt fear and awe in these hills, telling tales of shadow figures, disembodied voices and spectral trains. Author Robert Oakes, who has given ghost tours at The Mount in Lenox for more than a decade, leads this spirited journey through history.

“The rich history of this region—spanning more than two centuries—includes spine-tingling tales from almost every town in the county. Oakes culled many of them for his book, which touches on myriad metaphysicals, including ‘The Undead Hessian of Egremont,’ ‘Highwood’s Ghost at Tanglewood,’ and ‘The Ghostly Guest in 301: The Red Lion Inn’—each of which will inspire readers to ‘peer into the shadows beyond the beam of [their] flashlight." (The Berkshire Edge)

Your audiobook is waiting!
Learn more about membership
List Price: $14.95
You Save: $1.87 (13%)
By completing your purchase, you agree to Audible’s Conditions Of Use
Sold and delivered by Audible, an Amazon company

Jake
5.0 out of 5 stars Wonderfully Told Stories of the Berkshire Most Mysterious Places
Reviewed in the United States 🇺🇸 on September 24, 2021
Verified Purchase
I have lived in the the Berkshires all of my life and have known the author for many years. Robert's tours and stories have always been top notch and I recommend anyone that visits the Berkshires to attend one. The book is well written with these stories that were obtained from research and actual experiences people have had. The funny part is, just when I thought I knew where all the haunted places were, I turn the page and a new location is introduced to me! The book also contains pictures of these locations taken by Robert and his wife, and artwork done by the latter. A must read for anyone curious about the paranormal in the Berkshires!
Read more
Helpful
Report abuse

Melissa
5.0 out of 5 stars Love it
Reviewed in the United States 🇺🇸 on March 27, 2021
Verified Purchase
Love it
Read more
Helpful
Report abuse

RubyRed
1.0 out of 5 stars Nothing personal, just
Reviewed in the United States 🇺🇸 on April 5, 2021
Verified Purchase
Not what I was expecting ...
Read more
One person found this helpful
Helpful
Report abuse

Justin Green
5.0 out of 5 stars Phenomenal storytelling. Now a believer…?
Reviewed in the United States 🇺🇸 on June 12, 2021
I have always been attracted to historical accounts of the Berkshires, although ghost stories haven’t been my cup of tea. I got this book as a gift and was quickly and delightfully drawn in. These stories are well-researched and beautiful told. This book is a great resource to anyone looking to add a layer of intrigue to their Berkshire travels. Want to impress your friends? Check. Scare your children? Check. And if you’re a sceptic like me, you might be less skeptical by the end of the first story…
Read more
Helpful
Report abuse

Amazon Customer
5.0 out of 5 stars Excellent storytelling for someone who likes para-tourism
Reviewed in the United States 🇺🇸 on April 5, 2021
Wonderful storytelling and well written. The author paid homage to not only the ghosts but the history of the site that surrounds each tale. Would make a great resource for anyone who is into para-tourism and likes to have companion books to go along with their travels.
Read more
Helpful
Report abuse
See all reviews