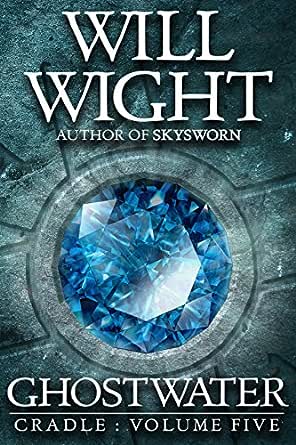 You've subscribed to Cradle! We will preorder your items within 24 hours of when they become available. When new books are released, we'll charge your default payment method for the lowest price available during the pre-order period.
Update your device or payment method, cancel individual pre-orders or your subscription at
Your Memberships & Subscriptions
There was an error. We were unable to process your subscription due to an error. Please refresh and try again. 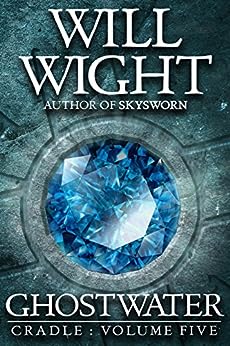 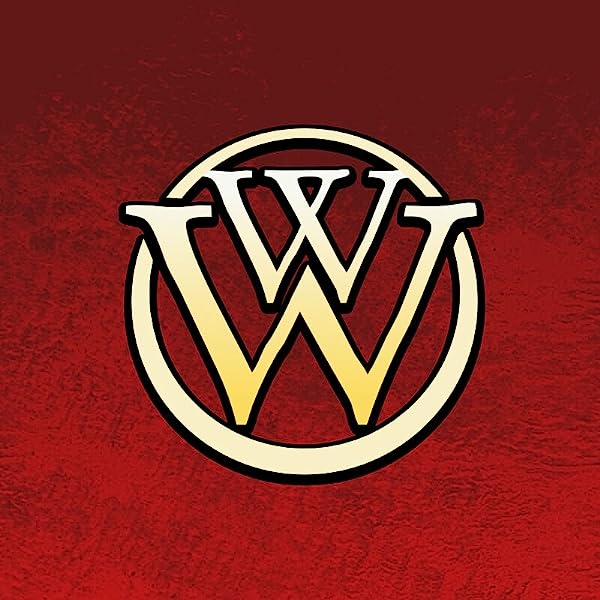 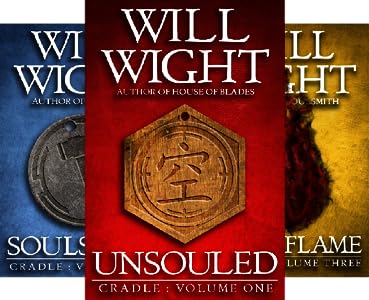 Will Wight is the author of the Traveler's Gate trilogy, the Elder Empire cycle, and the Cradle series, with other titles available in alternate dimensions. He can smell fear, taste anger, and hear joy. Will lives in Orlando, among the creatures of swamp and sea. He graduated from the University of Central Florida, where he received degrees in Creative Writing and Bear Surgery. Visit his website at www.WillWight.com for ancient knowledge, book news, and a deep sense of personal satisfaction. If you begin having unexplained visions of Will Wight more than once a day, please move to an approved Wight-proof shelter immediately. To contact him, you could send him an email at will@willwight.com, comment on his website, visit his official Facebook page, track him down on his subreddit (r/Iteration110Cradle), or travel through the cursed mirror in your grandmother's attic. (Side effects of Will Wight novels may include dizziness, gnome dreams, sleep paralysis, smelling cookies when there are no cookies, and the sudden appearance of sharks.) --This text refers to the paperback edition.

4.8 out of 5 stars
4.8 out of 5
1,122 global ratings
How are ratings calculated?
To calculate the overall star rating and percentage breakdown by star, we don’t use a simple average. Instead, our system considers things like how recent a review is and if the reviewer bought the item on Amazon. It also analyzes reviews to verify trustworthiness.
Top reviews

Kindle Customer
5.0 out of 5 stars Higher Danger, Feels almost like a Dungeon Crawl
Reviewed in the United States on June 1, 2018
Verified Purchase
I was lucky enough to beta read for this book. It's a fantastic addition to the Cradle series.

Stylistically, I feel like it's closest to the very first book, with Lindon spending a considerable amount of time exploring and learning about a part of the world virtually on his own. This style has advantages and disadvantages, but most importantly it means that he doesn't have the benefit of powerful allies that can intervene and save him at any moment. This lends a real element of risk and tension to the book, and that helps to allow Lindon to grow.

We also get some great moments with other characters, including some much needed development for Mercy and my personal favorite Cradle character, Yerin.

All in all, it's a great book and I strongly recommend it.

Yuri
5.0 out of 5 stars Lindon grows in amazing ways, and we have a new partner!
Reviewed in the United States on June 1, 2018
Verified Purchase
Book 5 in Lindon's tale is with us, and it's a doozy. I'll start by saying I didnt start this series until book 4 was a few weeks from coming out, and really fell in love with the story and style about halfway through the first book. If you haven't started this series, I recommend getting started now. This books little sense otherwise.

Although if you are looking at book 5, I am sure you know what I am talking about.

We start off shortly after where book 4 left off, with Lindon and Yerin being used and scrutinized by the Skysworn. They are taken by their 2 guards off on a special mission that should keep them out of the public eye for a while, since the empire is still trying to keep panic down after the Bleeding Phoenix has made it's appearance, and Lindon's Blackflame path is getting stronger. They are taken to the titular Ghostwaters research facility, created by the Northstrider, to attempt to salvage whatever they can from this crumbling facility that is essentially a underwater pocket world made into a lab. Immediately upon arrival they are greeted by a open doorway they do not expect, and Lindon is taken in with his Skysworn guard while Yerin remains outside along with Mercy and their guard.

Once inside things kick off to a startling and bloody beginning that as usual does not bode well for Lindon's survival. He survives and manages to stumble on a building with what appears to be trash only, and behaving in his usual fashion, manages to make some startling discoveries.

I wont describe more of the story from here on out because you really owe it to yourself to read the book. What I will say is that this book takes Lindon on an amazing path, and the ending is surprising and satisfying. Yerin also does advance but this story is very much Lindon centric, so her part is much smaller, and focuses on her efforts to try to save Lindon. Mercy, meanwhile, being new to the group I suppose, is somewhat relegated to a curious but mostly sideline part.

I've started to re-read the book already to soak it in, but if you felt satisfaction in book 2 when he gets his bloodforged body, or book 3 as he advances his Blackflame path in the testing grounds, you will really like this story.
Read more
8 people found this helpful
Helpful
Comment Report abuse

Amazon Customer
5.0 out of 5 stars Amazing Fifth Volume with great plot development and world building, also Orthos is there so it’s even better
Reviewed in the United States on June 1, 2018
Verified Purchase
So I loved this book. This is my favorite book in the series so far, not only do we learn more of the Monarch factions and what happened after a certain disaster we get to see character development for the main characters, genuinely hilarious moments, and most importantly we see Lindon and Yerin grow and quite literally advance.

If I may mention my only dislike about the book, its pretty simple. Two certain characters despite having a somewhat important focus in the previous book are basically shoved into a dark closet and are basically rarely mentioned for the rest of the Volume. This irks me because... well it’s hard to say without spoilers but it’s strange how abruptly they both leave the plot.

clz
5.0 out of 5 stars A Great Addition to the Series
Reviewed in the United States on June 1, 2018
Verified Purchase
The Cradle series is one of my new favorites. I recommend it to anyone who likes fantasy novels. The latest book in the series absolutely adds to the mythos of the world. If you liked the previous novels, this one will definitely build upon a strong base. My only two complaints about this book are that it's not longer and that the next one will take so long to publish.
Read more
8 people found this helpful
Helpful
Comment Report abuse

Jamie D Woods
5.0 out of 5 stars An amazing addition to the series
Reviewed in the United States on June 18, 2018
Verified Purchase
I need the next book....

If you picked up just this book, go read the ones before it.

If you are caught up except for this one, well what are you waiting for?!

If you are all caught up, including this book, wanna help me kidnap the author and keep him locked in a bedroom so he can just keep writing? And we can read the books as he finishes the chapters! No bashing feet with sledge hammers, promise!
Read more
6 people found this helpful
Helpful
Comment Report abuse

Chunq
4.0 out of 5 stars Half Skysworn, Half Blackflame/Soulsmith/Unsouled
Reviewed in the United States on June 2, 2018
Verified Purchase
Out of 18 chapters total, the starting 10 or so chapters (about 2.5 hours out of 4 hours of reading?) felt very similar to Skysworn. If you felt that the previous fourth book felt different than the others in tone/pacing/whatever, it does it again in my opinion. However, halfway through Lindon gets back to a familiar self-improvement section of story, and the whole thing just started to feel better to me. Maybe it felt like it slowed down? I'm not sure, but I'm glad I fought to keep reading to get to the reward which was a satisfying payoff.

ScottyB
5.0 out of 5 stars Good read, can't wait for the next one!
Reviewed in the United Kingdom on June 4, 2018
Verified Purchase
Great installment for the Cradle series, I hope we don't have to wait too long for the next one considering they are rather short.

On another topic Amazon are really failing customers as I have Will followed and not only did I not receive notification of this book, or have it show up in my recommended list, but the book is not even linked to his author page or the Cradle series...shocking stuff.
Read more
3 people found this helpful
Report abuse

Bauoh
5.0 out of 5 stars Dross! The bloopers! I am the captain now!
Reviewed in the United Kingdom on July 1, 2020
Verified Purchase
Beautiful imagery, I like the idea of the humanoids contained in a "fish bowl" surrounded by sea creatures. We're introduced to a sage! Alive this time. As well as more mysterious characters! I would read a book dedicated to these side characters.

There are now new threats to the party due to Lindon's direct actions. But, we get Dross who is the complete antithesis of its name sake and its amazing.
Read more
Report abuse

Roonling
5.0 out of 5 stars Great new Cradle story
Reviewed in the United Kingdom on June 6, 2018
Verified Purchase
This was a fantastic continuation to the Cradle series. A lot of it takes places in a self contained bubbleworld, interesting things happen and we meet a new character who I love. Definitely worth reading
Read more
One person found this helpful
Report abuse

Kindle Customer
5.0 out of 5 stars Incredible
Reviewed in the United Kingdom on November 17, 2020
Verified Purchase
Unbelievably each book in this series outdoes the previous one, keeping you guessing and marvelling at the ingenuity of the author.
Read more
Report abuse

Kindle Customer
5.0 out of 5 stars Amazing!
Reviewed in the United Kingdom on June 3, 2018
Verified Purchase
Will Wight just keeps getting better and better! This is my favourite book in the series so far and I finished it in one sitting, just couldn't put it down. If you like fantasy and epic battle scenes, you won't regret picking this series up!
Read more
One person found this helpful
Report abuse
See all reviews