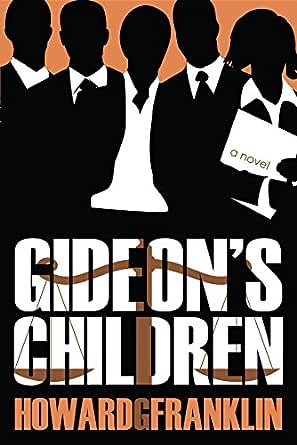 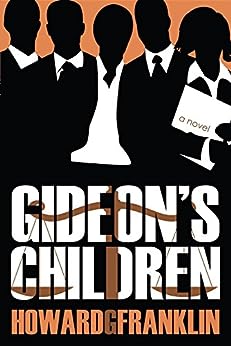 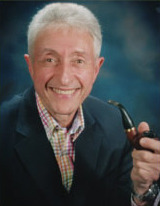 "A thriller with a unique story idea and a well-captured historical mood" - Kirkus Reviews
"The writer triumphs in managing to complement the grounded, all-too-real dialogue and exchanges between characters with a touch of imaginative language that blurs the lines between fiction and nonfiction. The addition of commentary about historical facts provides an additional trajectory with which the reader is able to grasp a snippet of what it was like to live and work in the midst of riots and violence - a parallel we can easily draw to today's upheavals and social discontent." - Ani Torossian, Ms JD
"A classic in its own right. For readers looking for a new moral compass in the legal profession or for those disturbed by recent police brutality, misconduct, and shootings, this book may be the perfect end-of-summer read. For anyone interested in a compelling novel about public service, the justice system, and the historical events that have influenced our situation today, I highly recommend this book." - Renwei Chung, Above the Law
"Want to know what really goes on down there where Justice is rightly portrayed as blind? Read this book. You won't get this kind of a picture on television or in the movies. Howard Franklin has been there." - Michael E. Tigar, renowned litigator and legal scholar
"Gideon's Children is fiction but clearly parallels Franklin's own experiences as a Deputy Public Defender in Los Angeles County in the late 1960s and early 1970s. He tackles race, class, and socioeconomic issues that persist today, nearly 50 years later. And Gideon's Children reminds us of the continued struggles of public defenders, who ... still face justice systems that seem stacked against them." - Megan E. Boyd, Lady (Legal) Writer

4.4 out of 5 stars
4.4 out of 5
18 global ratings
How are ratings calculated?
To calculate the overall star rating and percentage breakdown by star, we don’t use a simple average. Instead, our system considers things like how recent a review is and if the reviewer bought the item on Amazon. It also analyzes reviews to verify trustworthiness.
Top reviews

Oregonian
5.0 out of 5 stars A Thoroughly Enjoyable and Very Timely Read
Reviewed in the United States on May 6, 2015
Verified Purchase
I thoroughly enjoyed this book.

Howard Franklin has seamlessly woven together a fictionalized account of his experiences as a public defender in the late 1960s and early 1970s in a racially volatile area of Los Angeles with a historically accurate account of the events which shaped this time for many Americans (and others around the world).

Mr. Franklin relates the injustices visited upon the members of racial minorities in the court system by the police, district attorneys, and even the judges. He describes the efforts of a small group of outmanned public defenders to create change in the court system. I will let you read the book to find out if they succeed.

Throughout the book, Mr. Franklin also expounds upon the upheaval taking place in the United States during that time. Racial inequality, the Vietnam War, and many other issues are discussed.

And, yes, neatly woven throughout is also a love story. Mr. Franklin touchingly describes the first love of his life and her battle against cancer. Again, I will leave it to the reader to uncover the outcome.

I found this book to be an enjoyable read as well as an educational reminder about the traumas that our country has endured (and continues to endure). I found it an especially timely read given the racial issues ongoing in our country today. I highly recommend this book to anyone looking to explore this time in our country in more detail or to anyone just looking for an engrossing read.
Read more
2 people found this helpful
Helpful
Report abuse

Dudley Do. Right
5.0 out of 5 stars Courtroom Justice or
Reviewed in the United States on April 6, 2015
Verified Purchase
Gideon's Children, full of drama and excitement, compels the reader to pursue every written word. Then add the sweet spice of a love relationship under the pressures of court room activities. One can easily recognize the power inherent in this well written novel. The ingredients of life, love, loss, and a tyrannical judge are clearly revealed. This challenges the reader to think. What one public defender faced on a daily basis makes the reader aware that our own constitutional guarantees are not tamper proof. We are alerted to the notion that justice is a spare commodity. This runs contrary to American values, what we were taught in school, and those ideals we present to the world. Whether we be in the majority or in the minority, our potential to suffer a corrupt judiciary is ever present. This book is an awakening.
Read more
One person found this helpful
Helpful
Report abuse

RAM
5.0 out of 5 stars An entertaining commentary
Reviewed in the United States on March 24, 2015
Verified Purchase
The description of the book suggests that it is a commentary on the treatment of the poor and disenfranchised by our legal system. While the book certainly does provide this commentary, it does so by means of a lively, entertaining, and believable story about real people. The various story lines include twists and turns that keep the reader engaged and entertained. The stories cover an 18 month period beginning in 1968. I loved the fact that the author included detailed references to the music, politics, and culture of the time. Reading this book is as close to reliving that period of time as can be experienced.
Read more
3 people found this helpful
Helpful
Report abuse

Gungie
5.0 out of 5 stars Authentic and beautifully written!
Reviewed in the United States on March 26, 2015
Verified Purchase
Beautifully written novel based on passionate times in the 60s! Great story telling to remind those of us who were young and hopeful and experienced being part of the changing decade. The characters are fully fleshed and compelling with the hopes so many of us shared. Great read!! What a reminder of what still needs to occur. The author brought tremendous authenticiy to the courtroom and the lives of his characters. I sincerely hope Mr. Franklin has more stories to share and that he will do so. He has much to say that is valuable and needed in today's world!
Read more
One person found this helpful
Helpful
Report abuse

Laurie Wiley
5.0 out of 5 stars Amazing Read
Reviewed in the United States on July 8, 2015
Verified Purchase
Gideon’s Children is a poignant, engaging piece of work. You get to follow this courageous and kind soul as he navigates the twists and turns and battles the challenges and enjoys the victories of a Public Defender for Los Angeles County in the racially charged and tumultuous 1960s. He fought daily against bigotry and hatred shown to his clients, while fighting his own brave battles. The reader gets to experience this story through the eyes of a man much wiser than his years as you get to join him on his daily journey through the hallways and trenches of the LA Public Defender office. I thoroughly enjoyed this book and I highly recommend it for all to read. - Julia Jesinger
Read more
2 people found this helpful
Helpful
Report abuse

Ron
3.0 out of 5 stars Courtroom drama
Reviewed in the United States on May 30, 2016
Verified Purchase
An interesting read, perhaps a bit long. Was most believable with the courtroom scenes, which makes sense as the author is a lawyer.
Read more
Helpful
Report abuse

J. Reuter
4.0 out of 5 stars Good story
Reviewed in the United States on October 24, 2016
Verified Purchase
Good story. Well written. Dialogue especially very good. Good and detailed reminder of what it was like in the late 60's.
Read more
Helpful
Report abuse
See all reviews
Back to top
Get to Know Us
Make Money with Us
Amazon Payment Products
Let Us Help You
EnglishChoose a language for shopping. United StatesChoose a country/region for shopping.
© 1996-2021, Amazon.com, Inc. or its affiliates