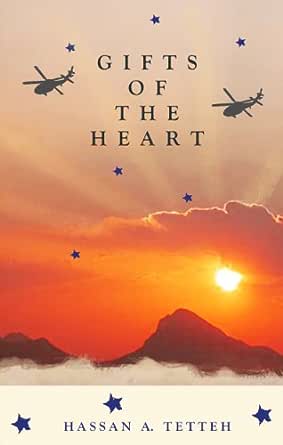 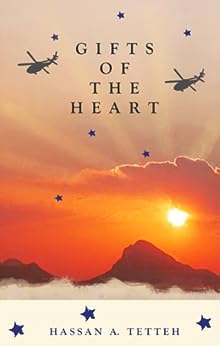 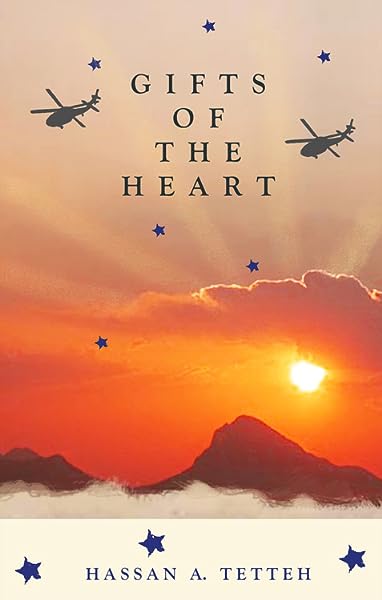 Gifts of the Heart Kindle Edition

Daniel Sih
5.0 out of 5 stars From Brooklyn to behind the wire
Reviewed in the United States on February 6, 2014
Verified Purchase
This book quickly follows the upbringing of the son of immigrants. Although not exactly an autobiography of Dr. Tetteh, aspects of his life inspired much of this story. I became familiar with Lt. Cmdr. Tetteh, his predecessor and his successor through packages to FOB Edinburgh in Afghanistan. The description of their work and their reflections upon that work, as well as the evolution from civilian to military medical professionals, can be found throughout this book. Most importantly, the story reminds the reader about what is important in life.
Read more
One person found this helpful
Helpful
Comment Report abuse

C. Clark
5.0 out of 5 stars A powerful story of love, service, and purpose...
Reviewed in the United States on September 29, 2013
Verified Purchase
This wonderful book by Hassan Tetteh should be required reading of anyone in the military or medical professions. Hassan writes an astounding account of a young surgeon's journey of self-discovery backed by what may only be the author's own experience on the front lines of the War on Terror. If you think that war is only about SEALs, Spec-Ops, guns, cool planes, and YouTube combat footage, then you simply must hear what our amazing medical professionals contribute to our great nation. I could not help but feel an overwhelming pride in our men and women working hard in the desert to send our injured soldiers, sailors, marines, and airmen home safely.
Read more
10 people found this helpful
Helpful
Comment Report abuse

Raymond Vickers
4.0 out of 5 stars A new angle on the junction between medicine and religion.
Reviewed in the United States on January 3, 2014
Verified Purchase
Dr Tetteh modestly illustrates from his own experience an example of St Paul's phrase: " what is the immeasurable greatness of his power for us who believe." by describing in the form of a novel how belief in a higher power literally can save a life.
Read more
One person found this helpful
Helpful
Comment Report abuse

R. Carpenter
5.0 out of 5 stars Wonderful read!
Reviewed in the United States on December 25, 2013
Verified Purchase
This is a very heart warming and interesting story about intelligence, persistence, and ambition with a lot of love included.
Read more
One person found this helpful
Helpful
Comment Report abuse

Kwabena Obese-jecty
2.0 out of 5 stars The Heart and the Mind a life's story
Reviewed in the United States on April 19, 2015
Verified Purchase
I was attracted to this story by the names "Tetteh" and "Afram", wondering which Ghanaian writer had released this title. It is an interesting story set in the mould of Ben Carson's Gifted Hands. However, this is fiction and set primarily in the war zone of Afghanistan. It has a spiritual connotation hinting at the writer's beliefs.
Read more
Helpful
Comment Report abuse

Pamela Johnson
5.0 out of 5 stars An Unexpected Gem
Reviewed in the United States on September 15, 2013
In Hassan A. Tetteh's novel, "Gifts of the Heart," surgical resident Kareem Afram watches the Twin Towers fall from a nearby hospital rooftop during 9/11, and feels helpless when there are no survivors for him to save. It moves him to join the Naval reserves to patch up young soldiers injured in war, so he can give back to his country, travel the world, and wear the Navy's really cool uniforms.
Except out in Afghanistan's 120-degree heat, nobody wears the dress whites made popular by an "Officer and a Gentlemen," and the surgeries are not the elegant heart and lung transplant operations to which Dr. Afram has become accustomed. These are "hamburger" surgeries, where patients have been maimed by explosions; the surgical team has an hour to patch them up; and still-warm blood donations are nabbed from soldiers on the base.
Tetteh's novel is warm and thoughtful, and takes its time. The story begins more than a decade before Dr. Afram is born, when his beautiful mother and her cousin come to America from Sierra Leone, scare up domestic work, and dodge landlords when they can't make the rent. His father is a charmer who's attracted to Afram's mother as much for her green card as for her looks. But both are committed to their son. When Afram's father dies of a heart attack at a young age, he determines that he will be a heart surgeon.
As fate would have it, he not only becomes a surgeon and Naval commander, but also falls into harm's way and finds that he himself needs saving.
I was impressed to learn that the author is even more accomplished than his character. He's a physician; educator; heart and lung transplant surgeon; an MPA from Harvard's Kennedy School of government; and an MBA from Johns Hopkins' Carey School of Business. He's also a husband and father of two, which makes him incredibly busy, but apparently not too busy to write a compelling first novel. I'm now working with him to spread the about the book and to achieve his goal to "touch one million hearts."
--Pamela K. Johnson