<![endif]--> Skip to main content
Share
Have one to sell?
Sell on Amazon
Flip to back Flip to front
Listen Playing... Paused   You're listening to a sample of the Audible audio edition.
Learn more
See all 2 images 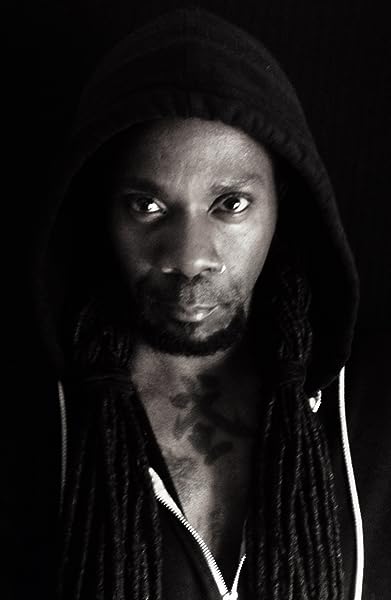 Wesley Southard
4.0 out of 5 stars Excellent Intro to Andre Duza's Work
Reviewed in the United States on December 14, 2018
Verified Purchase
This was my first time reading Mr. Duza's work and it certainly won't be my last. I wasn't sure what to expect going in, epecially finding out later in the book this is linked to a previous novel of his, but you don't necessarily need to read that one to enjoy this as a singular work. Admittedly, it was a little odd at first to read the "you're watching a rock documentary" style, but after a few pages I got the gist and started to enjoy the unique form. It definitely takes some serious writing chops to pull it off, which Duza obviously has in spades. It was a quick read, and it left me wanting to seek out his previous work. Well done!
Read more
One person found this helpful
Helpful
Comment Report abuse

Christine
4.0 out of 5 stars From "The Horror Fiction Review"
Reviewed in the United States on May 14, 2019
Almost exactly four years ago, I read and reviewed Duza’s shock-jock radio show zombie apocalypse book, WZMB, which presented the end of the world and the collapse of civilization through an assortment of clips, transcripts, eyewitness accounts, and other unusual narrative approaches.

Picking up No Gig Is Too Small and realizing it was a sequel, with a similar hodge-podge of nontraditional styles, made for a delightful surprise! This time, in a VH1-esque Behind the Music format, we follow the megastar 80’s band Serpentine on a reunion tour like no other.

Rockers Graeme, Jules, and Hollister are hitting the road in a doomsday prepper’s kitted-out ride, getting it all on video as they brave the dead-shambling ruins. It could be the biggest comeback ever. It could get them torn apart and eaten.

Or it could turn into something even weirder, as they notice the same figure appearing again and again … a woman in a Serpentine concert shirt, whose behavior proves strikingly unlike the other undead. She was a big fan who never got her fondest wish, and now someone is hoping to make her post-mortem dreams come true.

Told through video footage and voice-overs, descriptive fragments, script-like dialogue, flashbacks, omniscient camera overview, and so on, it isn’t the smoothest read … but it doesn’t have to be. Nor should it be. Like WZMB before it, the style works great for the story, and again lends a fresh, different take to the zombie genre.